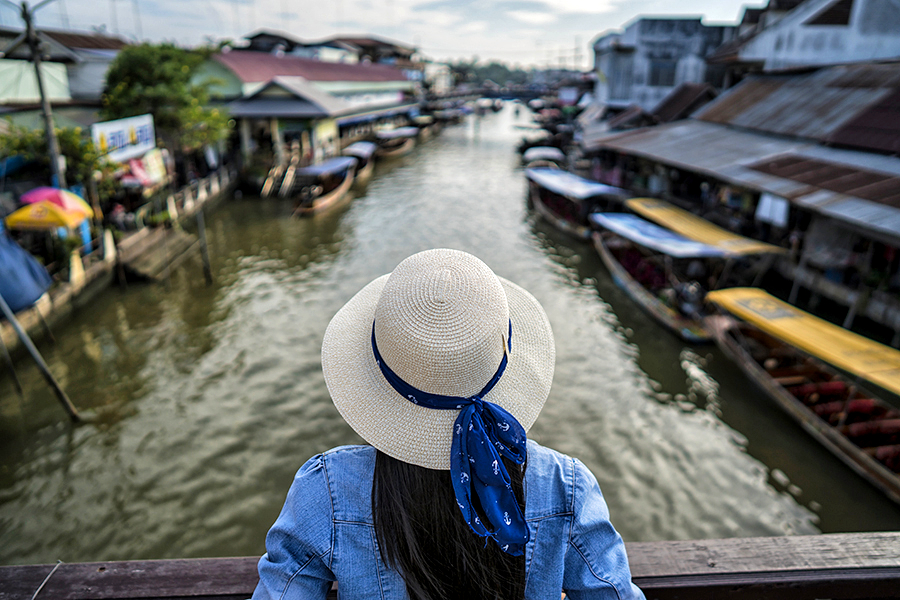 What are the most effective methods for vocational training in Thailand? The list includes computer training courses, partnerships between government and private agencies, and training funded by employers. But how far do any of these help upward economic and social mobility?

What is the definition of innovation — indeed, can there ever be a globally agreed definition? This was the task of two international organisations, which recently worked together to ensure a coherent outcome.

Universities’ core work is on education and research, but what about knowledge transfer? How important is the latter for success — and what strategies and actions are most likely to bring success, according to rankings in the US and UK?

These are just a few of the questions tackled by our researchers in November 2018 — in four journal articles, eight working papers, and one PhD dissertation, among many others. Click here for the full list of our most recent publications.

‘Sex work and trafficking: relationship, persisting stigma and a look toward the future’ sheds light on the discussion as to whether or not sex work can be a choice a woman makes, or whether it should always be considered as violence against women is still ongoing, and has its continuing influence on the issue of human trafficking. This short article outlines some of the positions on this topic, and the latest literature that attempts to link the legalisation of sex work with a rise of human trafficking. By. Dr. Biljana Meshkovska.

‘Embodied GHG emissions of building materials in Shanghai’ explores the building consumption and the embodied Greenhouse Gas (GHG) emission in Shanghai’s buildings through life cycle assessment. Novel and localised life cycle inventories are applied. Findings in this study indicate for the high GHG emission burden materials such as steel and lime, reducing the energy use and using less CO2-intensive energy sources during manufacturing are likely to be the most effective approaches. In terms of the highly consumed building materials such as concrete and brick, the focus should be on reducing consumption or looking for substitute materials with lower GHG burden per unit. By Dr. Serdar Turkeli et al. 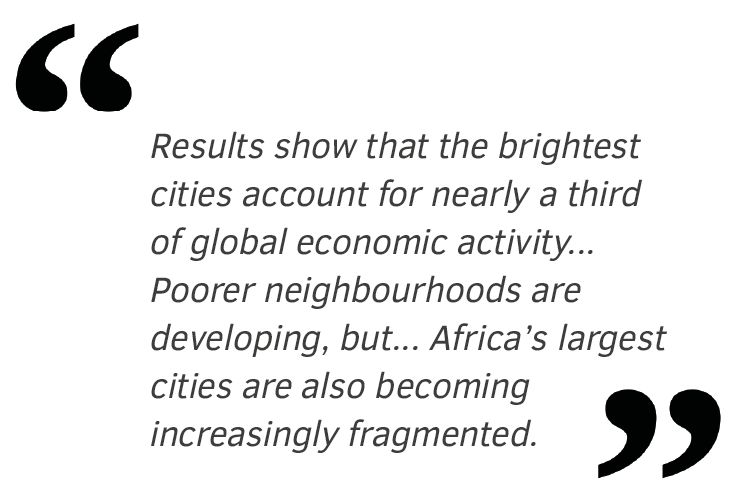 ‘Top lights: Bright cities and their contribution to economic development’ shows that satellite images of nighttime lights are a reliable proxy for economic activity at the city level, provided they are first corrected for topcoding. The commonly-used data fail to capture the true brightness of many cities. This paper presents a stylised model of urban luminosity and empirical evidence which both suggest that these ‘top lights’ can be characterised by a Pareto distribution. It then proposes a simple correction procedure which recovers the full distribution of city lights. Results show that the brightest cities account for nearly a third of global economic activity. Applying this approach to cities in sub-Saharan Africa, the authors find that primate cities are outgrowing secondary cities but are changing from within. Poorer neighbourhoods are developing, but sub-centres are forming so that Africa’s largest cities are also becoming increasingly fragmented. By Dr. Richard Bluhm et al.

‘Structural transformation in Africa: New technologies, resurgent entrepreneurship and the revival of manufacturing’ argues that manufacturing is still important for structural transformation in Africa. Despite failing to industrialise in the past, there may be a new window of opportunity. This is due to the convergence of new technologies of the Fourth Industrial Revolution (4IR) and a resurgence of start-up entrepreneurship. In this light this paper (i) shows why manufacturing is vital for African economies, (ii) critically analyses the nature and impact, both in terms of opportunities and risks, of the new technologies associated with the 4IR for Africa; (iii) describes the resurgence of tech start-up entrepreneurship in Africa and (iv) calls for policy support in the form of complimentary investments and regulations to allow entrepreneurs to utilize opportunities and to minimise threats. The paper shows that a new narrative for African structural transformation is possible. By Prof. Wim Naudé.

‘Can we have growth when population is stagnant? Testing linear growth rate formulas of non-scale endogenous growth models’ assumes that there is the possibility of two-way causality as in unified growth theory, and (ii) captures the steady-state property by a long-term relation in a series of vector-error-correction models, allowing (iii) successively for more heterogeneity. The paper finds that the average slope and intercepts of the growth equations are positive in this setting but less significant or even negative when allowing for heterogeneity. Intercepts are then positive for a majority of countries, zero for five or six countries, and perhaps negative for at most two countries. Results therefore favour fully over semi-endogenous growth with and without slope homogeneity. The more frequent case is that long-run growth can remain positive if population stops growing. By Dr. Thomas Ziesemer.

‘Thailand’s vocational training and upward mobility: Impact heterogeneity and policy implications’ provides the first impact evaluation of vocational training in Thailand using various treatment effect methods with unique longitudinal survey data, covering seven years, to evaluate the impact of vocational training on economic and social mobility in the short, medium and long term. The paper finds that vocational training fails to move participants upward both in terms of earning and employment. However, training participation is found to increase expenditures in the short and medium term but these positive impacts vanish when we strictly confine counterfactuals or allow for the endogeneity of the decision to attend the programme. We also examine the heterogeneity of effects with respect to individual and programme characteristics to answer the questions for whom the training works and which type of training works best. The results suggest that women, rural residents, youth (aged 15‐24) and elderly (aged 60 and above), low‐educated workers, and economically inactive people, benefit less from the programme. With regard to heterogeneity by type of training, we find that computer training courses, training offered by private institutions and a cooperation of government and private agencies, and training financed by employers are associated with better outcomes. By PhD fellow Patima Chongcharoentanawat, Prof. Franziska Gassmann and Prof. Pierre Mohnen.

‘Making ideas work for society: University cooperation in knowledge transfer’ focuses on the third function of universities, next to education and research, in particular on knowledge transfer. Knowledge transfer is highly visible in agglomerations like Silicon Valley. Many countries nowadays have strategies to step up knowledge transfer as a source of sustainable economic growth. Knowledge is recognised to have its strongest potential impact close to the place where it is generated. This makes a university attractive to the region in which it is located. The university contributes to sustainable economic growth not only through the expenditures associated with the running of the university, but perhaps more by the knowledge transfer. This involves amongst others partnerships with business. Knowledge transfer does not come by itself. The paper shows that it requires action and strategy on the part of the university, the region and local public or private actors (businesses and public organisations). It appears that US and UK top-33 universities are more prominent not only in realising cooperation with business, but also among each other. By Prof. Jo Ritzen.

‘Health insurance and self-employment transitions in Vietnam: A multinomial analysis’ examines the relationship between health insurance and self-employment in Vietnam with a focus on the comparison between the voluntary scheme for the informal sector (mostly selfemployed workers) and the compulsory insurance for the formal sector (mostly wage workers). The paper shows that those with compulsory health insurance in Vietnam, the formal workers, do not have the incentive to start a business compared to those having voluntary insurance. This effect holds true over time in 2012 and 2014. The effect is partly explained by the better enforcement of the compulsory health insurance scheme in Vietnam, making staying out of self-employment (often informal selfemployment) a preferred choice. Regarding the effect of health insurance on selfemployment exit, the authors do not find any conclusive evidence on this matter. The rigidity of the economy is highlighted, suggesting important policy implications in the areas of health and labour policies in Vietnam. By PhD fellow Nga T. Q. Le, Prof. Wim Groot, Dr. Sonila Tomini et al.

‘Contractual frictions and the margins of trade’ provides a comprehensive analysis of the mechanisms through which institutional frictions affect the pattern of aggregate trade flow, distinguishing the effects on the intensive and extensive margins. The analysis finds that contractual friction distorts countries’ trade pattern beyond its effect on domestic production structure, by deterring the probability of exporting (the extensive margin) and export sales after entry (the intensive margin), particularly in industries that rely more heavily on relationship-specific inputs (more vulnerable to holdup problems). The analysis also finds that contractual frictions matter more for the intensive margin than the extensive margin of exporting. In addition, better contracting institutions increase the probability of survival of new export products in more contract-intensive industries. These results have important policy implications for developing countries that seek to boost export growth but many of which suffer from poor contracting institutions. By Dr. Hassen Wako, Prof. Théophile T. Azomahou & Dr. Hibret Maemir.