The number of Green Energy patents rose sharply in the years leading up to 2013, but then fell back. What caused this slow down?

A greater reliance on robots is, for better or worse, changing our economies — yet research indicates a positive effect on trade and exports. How far is this linked to margins and unit price?

When migrants return to their home country, what do they need to thrive? Two new reports for the International Labour Organization spell out the background for Ethiopia and give specific recommendations.

These are just a few of the questions tackled by our researchers in December 2018 — in three journal articles, two reports, and two working papers, among many others. Click here for the full list of our most recent publications.

‘The Great Recession, financial strain and self-assessed health in Ireland’ studies the effects of the 2008 economic crisis on general health in one of the most severely affected EU economies—Ireland. The article examines the relationship between compositional changes in demographic and socio-economic factors, such as education, income, and financial strain, and changes in the prevalence of poor self-assessed health over  a five-year period (2008–2013). Results show that the increased financial strain explained the largest part of the increase in poor health in the Irish population and different sub-groups. By PhD fellow Gintare Mazeikaite, Prof. Cathal O’Donoghue et al. 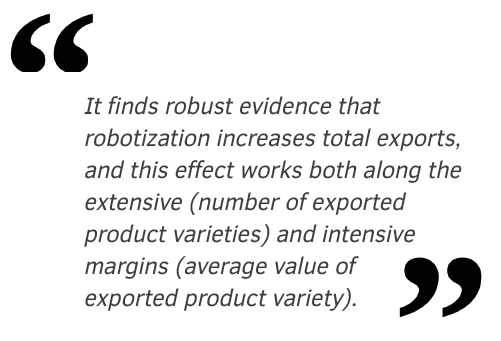 ‘Artificial intelligence, jobs, inequality and productivity: Does aggregate demand matter?’critically reassesses predictions as to whether rapid technological progress in artiﬁcial intelligence (AI) will lead to mass unemployment, rising inequality, and higher productivity growth through automation. The paper does so by (i) surveying the recent literature and (ii) incorporating AI-facilitated automation into a product variety-model, frequently used in endogenous growth theory, but modiﬁed to allow for demand-side constraints. By Prof. Wim Naudé et al.

‘Essays on forced migration and labour market participation in developing countries’ explores the labour market participation of forced migrants and their households in the context of developing countries, through case studies based on unique datasets from Afghanistan, Burundi, and Rwanda. The findings of this dissertation highlight the relevance of the respective context in which forced migrants and their households live during displacement as well as upon return, as well as the importance of different kinds of capital (financial, human, and social) as determinants of the labour market activities of forced migrants specifically, as well as the wider populations considered in the analysis more generally. By Dr. Katrin Marchand.
‘The myth of gender neutral power: Corruption and gender norms‘ investigates how gender norms shape forms, experiences, and persistence of corruption by focusing on the role of gender norms in corruption. The four essays of this dissertation specifically focus on the role of sextortion (sexual extortion) as a gendered form of corruption, especially in the context of irregular migration and investigate how sexism is used to exclude women from clientelistic networks, using interview data from Georgia. By Dr. Ortrun Merkle.
Share this page