Beyond moral obligations: From theories to practical solutions

by UNU-MERIT
conflict, migration, social protection
Comments are off 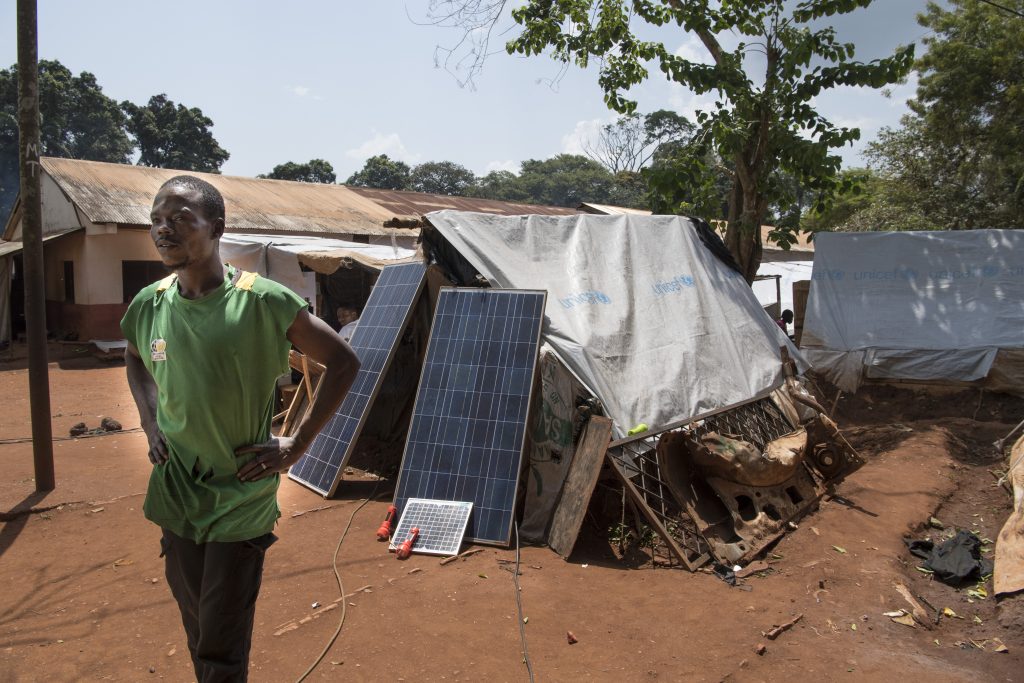 Following on from the blog post on the role of the duty bearer and moral obligation, this post examines what this looks like in relation to governments, the international community of actors and nations in actuality.

In the onset of rapidly evolving military conflict, determining responsibility and the most appropriate and effective response is a challenge. In the event of an armed conflict, displaced persons are likely to either be displaced internally or if they have the provisions in place, flee to a neighbouring state. In case of internal displacement, protecting human rights is the responsibility of the state – the irony being these same people may be fleeing the actions of that same state or its military. Article 1 the Guiding Principles on Displaced Persons urges non-discrimination and that displaced persons should maintain the same rights as under international and domestic law.

While the primary duty lies with national authorities, international actors may offer humanitarian services and as specifically stated in Article 25, consent ought not to be withheld for arbitrary reasons. This discussion on the role of international community finds it resonance in the Travaux Préparatoires of the Refugee Convention regarding paragraph 5 on the preamble. For a variety of reasons, international actors are often unable to reach those places in most urgent need of aid, and national social protection systems may collapse in the turmoil.

In the case of forced migration across borders, this happens to an extent on the grounds of ease, perhaps often with cultural and/or familial ties. Consequently, the burden falls on the neighbouring state.   The prevention of secondary movements or resettlement to third countries proves very difficult for a variety of reasons, evidenced by the low numbers of resettled people. The securitisation of the travel regime through stringent visa application and rejection processes often makes asylum the problem of a random neighbour state. While this is often accompanied by a flurry of activity from the international community, this aid tends to be delivered as charitable relief and interest wains over time as new issues come to set the agenda.

As such, in the absence of a physical redistribution policy or voluntary return, the people will remain within the neighbouring state. On all sides, political interest weakens; the international community begins to withdraw. As politicians in the host country face their own challenges, refugees may find themselves in a legal vacuum; this highlights the need for a rights-based – not compassion based – internationally supported humanitarian social protection system.

In the current refugee regime the normative process establishing burden sharing is weak, and is not even defined in the Convention on the Status of Refugees. Rejection of the asylum claim further from the territory of the (usually western) state is a manifestation of consequentialism, as the deliberate shunning of a state’s moral responsibility by claiming refugees has led to an increased burden on the state hosting refugees. On the part of both the host nation and the international community of governments and actors, viewing the refugee community as a burden and an exception with a label that enables exclusion highlights the urgency of the social justice argumentation that there is a requirement for action to bring refugees under the protection of state-backed systems.

While the transition from humanitarian aid to development is difficult, it is an essential stepping stone. Though in domestic law refugees are seen as non-citizens and may or may not be governed by domestic refugee legislation, states have a responsibility under the international human rights law to provide them with access to social protection. The challenge thus lies in developing a system where international actors and governmental actors provide a social protection system that encapsulate both refugees and citizens.

It may be argued that the largest challenge lies not so much in the provision but in the financing mechanisms. Having said that, the climate accords which recognises global responsibility for climate change, may prove a hopeful glance as it recognises the extent to which developing states should or are able to shoulder the burden, recognising the role of transnational responsibility.

The failings of the current international and regional frameworks on refugee social protection demonstrate the lack of attention this topic has received. Within this it is fundamental to recognise a role for the international community, particularly as resettlement remains relatively low when compared to the number displaced and the pushing away of the frontier as evident in current foreign policy and the absorption capacities of distant states.

As we close this section, we reflect that this is not a hypothetical, a vision of a distant utopia. The shortcomings of current frameworks on social protection is having a detrimental impact on millions of lives, and while building the moral case for these rights to be extended to refugees is somewhat straightforward; convincing the international community of nations to commit sustainable real resources to those often portrayed as the other is a more complicated matter. And without matching these rights with resources, our moral duty remains undischarged.