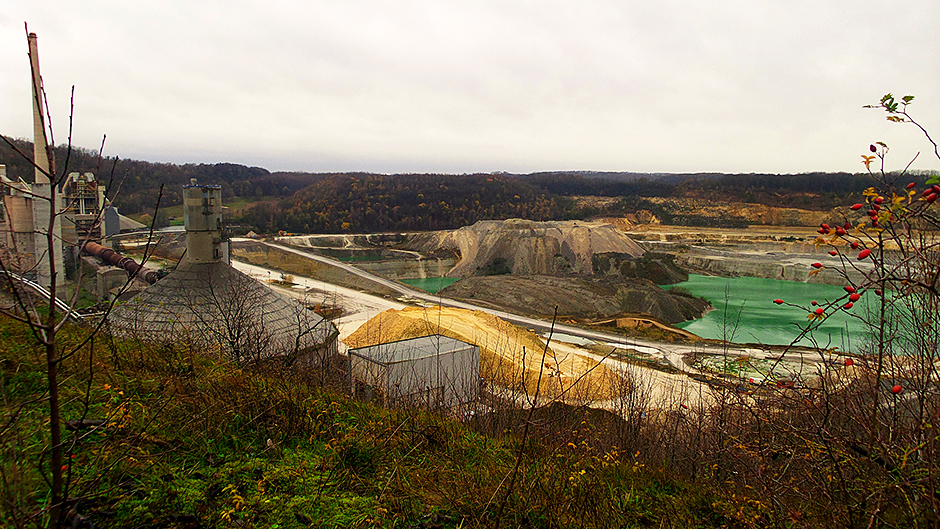 How are policymakers involved in innovation trajectories? What is sextortion and why should it be defined as a form of corruption and a criminal offence? How does economic diversification occur, or in other words, is strategic diversification required to increase economic complexity or are market incentives sufficient to drive this process of catching-up? These are just a few of the questions tackled by our researchers in September 2017 — in six journal articles, two reports, and eleven working papers, among many others. Click here for the full list of our most recent publications.

‘The innovation trajectory of eco-cement in the Netherlands: a co-evolution analysis’ examines the innovation nexus of eco-cement manufacturers, scientists/researchers, waste producers and policymakers as part of a broader analysis of markets, policy and society, with special attention to standards and regulations. The analysis brings forward empirical evidence of how policymakers are involved in the innovation trajectory of eco-cement in multiple ways through building regulations, sector policies, waste policies, and science and innovation policies. Political economy aspects of regulation and innovation in cement industry (e.g. the cooperative approach of waste authorities with regard to re-use of waste, absence of policies to put a price on CO2 emissions from cement production) are described, together with the specificities of the cement market. Innovation in eco-cement has co-evolved with policy, through mutual dependencies. By Prof. René Kemp, Dr. Eva Bartekova and Dr. Serdar Turkeli.

‘Home Sweet Home? Macroeconomic Conditions in Home Countries and the Well-Being of Migrants’ examines whether the subjective well-being of migrants is responsive to fluctuations in macroeconomic conditions in their country of origin. The article finds strong evidence that migrants’ well-being responds negatively to an increase in the GDP of their home country. That is, migrants seem to regard home countries as natural comparators, which grounds the idea of relative deprivation underlying the decision to migrate. The effects decline with years-since-migration and with the degree of assimilation (in Germany). By Dr. Alpaslan Akay, Prof. Klaus F. Zimmermann et al.

‘Detecting the emergence of new scientific collaboration links in Africa: A comparison of expected and realized collaboration intensities’ explores changes in the collaboration network of African countries (2000–2014), with a focus on detecting emergent links beyond endogenous network features. Using link prediction and machine learning, the article generates an ‘expected’ (predicted) collaboration network based on past data and compares it with the actual network that evolved in later years. The results show that the intensity of collaboration with non-African countries is higher than expected, especially for countries that are scientifically more active. To a lesser extent, the authors also find an increase in collaboration within Africa, which seems mostly due to the scientifically less developed countries. Emergent collaborations are mostly found in the first half of the studied period; in the second half the network structure appears to stabilize. By Dr. Lili Wang et al.

‘Cyclicality of Fiscal Policy in Latin America over the period 1990 – 2015’ examines how Latin American countries were able to implement countercyclical policies to face the negative economic and social consequences associated with the recent macroeconomic shock and shows how some countries performed better than others. By Dr. Bruno Martorano.

‘A Gender Perspective on Corruption Encountered during Forced and Irregular Migration’ examines the ways in which corruption affects the migration journeys of women – be they regular, irregular, forced or voluntary. Looking at experiences of corruption in countries of origin, transit and destination, the report finds that corruption comes into play whenever legal options for migration are limited, and this seems to be a constant throughout all stages of the migration process of several migrant groups. While both men and women encounter corruption during the various stages of the migration process, this study finds that women are especially vulnerable to atypical forms of corruption, including sexual extortion (‘sextortion’) when their financial capital is limited. Women travelling alone are particularly vulnerable to different forms of corruption and sexual exploitation, which can have negative consequences on their short-, medium- and long-term mental and physical health. The report concludes that sextortion, which occurs at the intersection of sexual violence and corruption must be clearly defined as a form of corruption and a criminal offence. The report continues with policy recommendations for the country of origin, transit and destination both in the realm of anti-corruption as well as women’s empowerment and concludes with suggestions for further research. By PhD fellow Ortrun Merkle, research assistant Julia Reinold and Prof. Melissa Siegel.

‘Ageing, human capital and demographic dividends with endogenous growth, labour supply and foreign capital’ modifies a Lucas-type endogenous growth model to contain endogenous labour supply, imperfect international capital movements, and estimates interest and education time functions. The paper shows that solutions based on realistic calibrations show that (i) the rate of human capital depreciation through ageing has a much stronger negative impact on growth than further changes in the population growth rate or the Frisch elasticity of labour supply; (ii) a higher rate of human capital depreciation, a higher growth rate of the dependency ratio, and lower past cumulated savings all go together with a higher second-best education time and higher growth; (iii) demographic dividends are positive in the short run but negative in the long run. By Dr. Thomas Ziesemer et al.

‘Taking stock of Assisted Voluntary Return from Europe : decision making, reintegration and sustainable return : time for a paradigm shift’ takes stock of the most recent research on Assisted Voluntary Return (AVR) focusing on decision making in the uptake of AVR, reintegration, and sustainable return. It is argued that it is time for a fundamental shift in our underlying assumptions regarding sustainable return in the field of AVR policy and practice. The working paper addresses key research gaps in the field and poses recommendations on how to move the agenda forward on AVR. By Dr. Katherine Kuschminder.

‘Financial mechanism to invest in knowledge from natural resource revenues: Experiences from Bolivia, Chile, Colombia and Peru’ constructs a conceptual framework for an institution to promote the economic diversification through investing in knowledge, based on the literature from management of natural resources, industrial policy and public management. The paper examines and applies the framework in existing financial mechanisms in Bolivia, Chile, Colombia and Peru, where NR revenues are invested in knowledge to enhance productivity (natural resources for knowledge, or NR4K funds). The analysis identified that NR4K in these countries currently fall short of achieving their intended purpose of transitioning their economies toward increased diversification. These require complementary public policies to enhance capabilities, coordinate between stakeholders and initiate experimental investments. By Dr. Michiko Iizuka, Dr. Fernando Vargas et al.

‘Multinational firms and the extractive sectors in the 21st century: Can they drive development?’ looks at the ways in which, since liberalization, extractive MNEs have re-engaged with developing countries through looser governance structures with greater potential for linkages. The paper argues that despite the potential, few host countries have seen meaningful MNE-led development because of weak domestic firms and poor location advantages. New MNEs from emerging economies have not shown a greater propensity to local linkages. Only countries that have continued to invest in location advantages have seen substantial benefits. By Prof. Narula Rajneesh.

‘Occupational choice of return migrants: Is there a ‘Jack-of-all-trades’ effect?’ examines whether migrants are more likely to choose self-employment upon return because of the diverse work experience they gained abroad. Using the 2012 Egypt Labour Market Panel Survey, seemingly unrelated regression model estimates show that return migrants’ greater propensity to be self-employed, to survive or to generate jobs as self-employed might proceed from participating in significantly more occupations, sectors and jobs over their work history than non-migrants. The study‘s results hold for non-agricultural activities, rural areas, and controlling for financial resources. In line with Lazear’s framework, they confirm that entrepreneurship can be learnt, and that exposure to multiple occupations and industries matters for entering into and persisting in self-employment. By PhD fellow Clotilde Mahé.

‘On the relationship between the breadth of PTAs and trade flows’ uses matching econometrics to extend the literature investigating the impact of Preferential Trading Arrangements (PTAs) on goods trade flows. Heterogeneity in PTAs is accounted for through a ‘provision count index’ derived from data provided in a recent World Bank study (Hofmann et al, 2017). PTA formation now involves two separate, sequential decisions – first, whether two trading partners should form a PTA and, second, if they do, how broad that agreement should be. The authors find that their explanatory variables are significant for both decisions, but often have opposing effects on each. By Dr. Neil Foster-McGregor et al.

‘Promoting structural transformation: Strategic diversification vs laissez-faire approach’ examines whether strategic diversification is required to increase economic complexity or whether market incentives would be sufficient to drive this process of catching-up. The paper applies empirical methods of the strand of the literature on economic complexity to examine how path dependency and the demand for potential new products affect economic diversification. It argues that strategic diversification is required in cases when demand factors are very likely to create incentives for diversification towards less complex products, which hinders the increase of productive capacities of countries. The paper presents the results of analysis considering 221 economies and shows that less diversified economies would not be able to rely on market incentives alone. They have to strategically diversify towards more complex products, which require the selective promotion of economic activities through the use of targeted industrial, infrastructure, trade, investment and private sector development policies. By PhD fellow Clovis Freire Junior.

‘Testing linear growth rate formulas of non-scale endogenous growth assumes (i) that there is two‐way causality as in unified growth theory, and (ii) captures the steady‐state property by a long‐term relation in a series of vector‐error‐correction models allowing (iii) successively for more heterogeneity. The slope of the growth equations is positive in this setting. Intercepts are most frequently also positive, but almost equally often zero, and sometimes even negative. Results slightly favour fully‐ over semi‐endogenous growth, and the slightly more frequent case is that long‐run growth can remain positive if population stops growing. Zero or negative intercepts cannot be ruled out though. By Dr. Thomas Ziesemer.

‘Is the demand-pull driver equally crucial for product vs process innovation?’ develops a formal model predicting a larger inducing impact of past sales in fostering product rather than process innovation. This prediction is then tested through a dynamic microeconometric model, controlling for R&D persistence, sample selection, observed and unobservable individual firm effects and time and sectoral peculiarities. Results are consistent with the model and suggest that an expansionary economic policy may benefit the diffusion of new products or even the emergence of entire new sectors. By Prof. Marco Vivarelli et al.