by UNU-MERIT
European Union, innovation
Comments are off 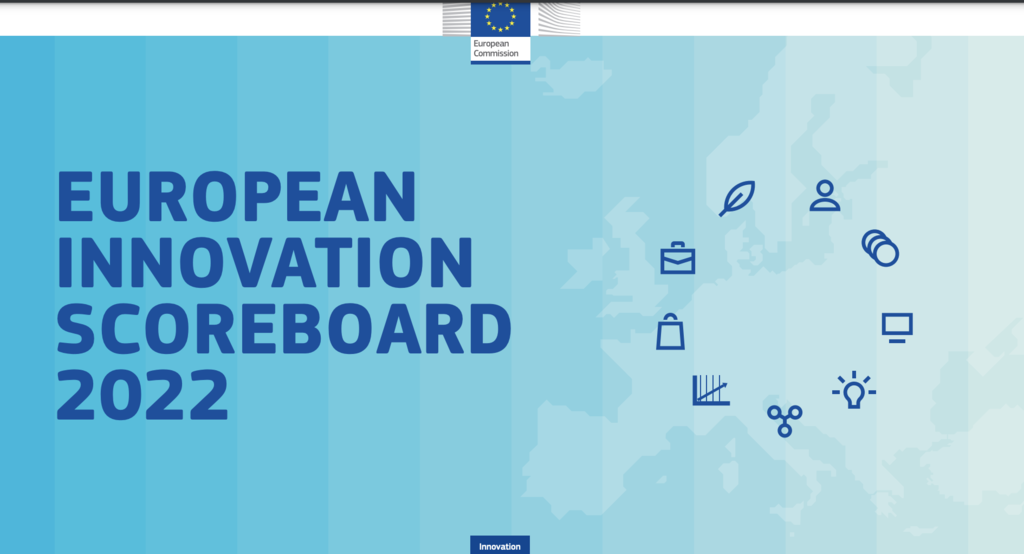 The European Commission has released the European Innovation Scoreboard 2022, which tracks innovation across the continent. It was prepared and coordinated by UNU-MERIT’s researchers Hugo Hollanders, Nordine Es-Sadki and Aishe Khalilova.

The European Innovation Scoreboard provides a comparative analysis of innovation performance in EU countries, other European countries and regional neighbours. It assesses relative strengths and weaknesses of national innovation systems and helps countries identify areas they need to address. The first pilot European innovation scoreboard was released in 2000 and the first full version in 2021.

In 2022, on average, innovation performance has increased by almost 10% across the European Union (EU) since 2015. There is continued convergence within the EU, with performance differences becoming smaller between EU Member States, but some of the lowest performing Member States are falling further behind. This year’s report covers the 27 EU Member States and 12 more European and neighboring countries, of which Albania is the latest newcomer.

Looking at performance changes over time between 2015 and 2022:

In the global landscape, the EU is being compared to 11 major global competitors. Compared to the 2021 report, two new countries have been included: Chile and Mexico, and one country has been excluded: Russia. Between 2015 and 2022, the EU has improved its relative performance towards all global competitors, except China. The performance gap of the EU towards Australia, Canada, Republic of Korea, and United States has become smaller. The EU overtook Japan turning a performance gap into a performance lead. The performance lead over China has become smaller, but that over Brazil, Chile, India, Mexico, and South Africa has become larger.

Mariya Gabriel, Commissioner for Innovation, Research, Culture, Education and Youth, said: “Europe’s commitment to innovation is shown by its continuous improvement in innovation performance. In support of Europe’s innovation capacity, Horizon Europe promotes excellence and supports top researchers and innovators to drive the systemic changes needed to ensure a green, healthy and resilient Europe. The European Innovation Scoreboard 2022 demonstrates the importance of establishing a pan-European Innovation Ecosystem. The recently adopted New European Innovation Agenda will position Europe at the forefront of the new wave of deep-tech innovations and ensure that innovation reaches all regions of Europe, including rural area.”

Thierry Breton, Commissioner for Internal Market, said: “Europe’s autonomy and competitiveness will depend on our capacity to become a technological and commercial leader in strategic areas such as space, defence, hydrogen, batteries, chips quantum and high performance computing. Europe’s innovation agenda, our support to start-ups and innovative SMEs, industrial alliances or IPCEIs are already leading to highly innovative projects across Europe. This is how we translate our scientific excellence into technological and industrial leadership, and quality jobs in Europe.”

The European Innovation Scoreboard demonstrates the commitment of the EU and its Member States to research and innovation that is based on excellence and that it is competitive, open and talent-driven. It also supports the development of policies to enhance innovation in Europe and inform policy makers in the rapidly evolving global context. Moreover, research and innovation is an essential part of the coordinated EU response to the coronavirus crisis, supporting also Europe’s sustainable and inclusive recovery. Measuring innovation performance is a key element in achieving this goal.

UNU-MERIT has been involved in the European Innovation Scoreboard since the release of the pilot in 2000 with Anthony Arundel taking a pioneering role in developing the EIS and also contributing to multiple EIS reports. Hugo Hollanders has been involved since 2001 and has been the lead author for many years. Nordine Es-Sadki has been involved since 2013 and Aishe Khalilova has contributed to this year’s report and that of 2020. The current contract between Maastricht University and the European Commission also included Deloitte Belgium and Valdani Vicari & Associati (VVA).