by UNU-MERIT
Maastricht University, Netherlands, social protection
Comments are off 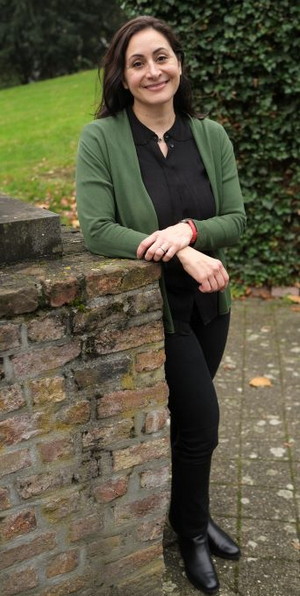 Imagine you, a researcher, are given a bag of money, unlimited time and personnel. What research would you do? Dr. Zina Nimeh, university lecturer of Social Protection and Human Development, wants to discover why people no longer appreciate the welfare state.

Solidarity is the basis of the welfare state. Everybody makes a contribution in order to help and protect those who are vulnerable in society, for example by paying more tax than in a country that doesn’t have a welfare state system. “This has a proven advantage. Countries with a form of welfare state have a high standard of living, the difference between poor and rich is acceptable,” says Zina Nimeh.

She has seen the Dutch welfare state crumble over the last decade. At the same time, people appreciate it less and less. “It is now mainly associated with cost. People feel that health care is deteriorating, that education is going downhill, and that everything costs too much. Solidarity is disappearing; people are wondering why they have to pay for someone else. They no longer trust the system and don’t feel it is helping them.”

Nimeh wants to know why the reputation of the welfare state has deteriorated so much. “Where exactly did it go wrong and what can we do to change that? How can we adapt the system so that people can regain faith in it? This is necessary, because disparity between the rich and the poor is only getting bigger. I was shocked at how much hidden poverty there is in Maastricht. Even though it is not a question of life and death in a country like the Netherlands, people can only make ends meet with the help from others, and then only just. We will survive without a welfare state, but something that makes the Netherlands so special would be lost. I’m not naive; I know it takes effort and money. That the demographics are changing with an ageing population and immigration, and that for example health care is becoming more expensive. But all economic research shows time and again that we can afford a welfare state. It doesn’t prevent growth, people can still get rich. It is just that this wealth is more fairly distributed.”

She would like to start her research with local projects in neighbourhoods. “That is where you do actually see solidarity. Take for example the project by the Quiet Communities organisation in collaboration with Trajekt. This is where people who find themselves socially isolated are given the chance to participate in society again. They are given a role within a community, based on their own talents. People who are better off are included in the project too. They can anonymously donate a gift to a poor neighbour. Tickets for the theatre for example or a meal in a restaurant.”

Nimeh has already carried out research within this project and would like to expand it. “How does this kind of initiative work? How many exist? What do they do exactly, also what works and what doesn’t? How do the participants feel about it all? I would also like to look at the curriculum at schools. How are notions such as social solidarity presented to children? What do we consider a minimum standard of living and what do we say about it?”

When it becomes clear what the problem is, Nimeh wants to go and look for a solution. “Social innovation is necessary. The welfare state as we knew it no longer works. We need to look at new social practices, new forms of organisation, new tools to make policies. But no matter what it becomes, it is important that the citizens are the focus. For it to succeed, you must listen to what people have to say, but people must also actively participate in the thought process.”

This article originally appeared on The Observant.