UNU-MERIT mourns the loss of a dear colleague, professor, educator and humanist who passed away on 30 December. 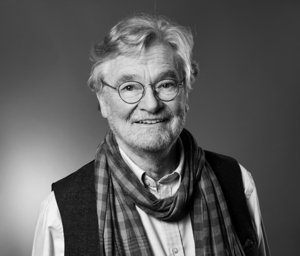 Michael Cichon had a long-standing relationship with UNU-MERIT as an honorary professor and as the driving force behind the establishment of the master’s program in Social Protection Financing (SPF), which was launched in 2001 in collaboration between the International Labour Organization (ILO) with Maastricht University.

The SPF masters was the program that eventually developed into what is currently the Masters of Public Policy (MPP) at UNU-MERIT, and continues to this day through the social protection specialisation. Michael often said that this was the most impactful endeavour he undertook in his career. While Michael retired from teaching in the master’s programme in 2017, he continued to supervise master and PhD students, and contributed to a number of projects until his final days.

Today, after over two decades, hundreds of programme graduates are working worldwide in the fields of social protection and human development and spreading his deeply-rooted belief that social protection is a human right and that we must be proactive in achieving social justice globally.

Bartel Van de Walle, UNU-MERIT’s Director, paid tribute and said:  “Michael’s commitment and dedication were awe-inspiring to his colleagues and students. His foresight and determination ensured that his achievements are significant and will have an impact for many years to come. He will be sorely missed, and the thoughts of his friends and colleagues at UNU-MERIT are with his family at this sad time.”

Born in 1953, Michael was a mathematician who started his career in the German Ministry of Labour and Social Affairs to later join the ILO. In May 2005, he was appointed Director of what became to be known under his leadership as the Distinguished Social Security Department.  Michael retired from the ILO in December 2012 by which time his numerous publications and policy advise had greatly influenced the development of the social protection policy agenda and standards globally. One of his enduring legacies as an influential catalyst was the renowned ILO Recommendation 202 on Social Protection Floors.

After 2012 he continued to engage in social justice causes, and became the President of the International Council on Social Welfare, where he was instrumental in creating the Global Coalition for Social Protection . He advocated for the establishment of a Global Fund for Social protection, and kept pushing for further mobilization among civil society and various stakeholders improve social protection systems, particularly in low-income economies.  His dedication was such that he did this whilst  carrying out his work as a university professor and a teacher of the younger generations whom he had great faith in to deliver the changes in which he so passionately believed in.

To his colleagues, Michael was not only a remarkable professional, who was technically superb at what he did, but also an idealist. He  challenged the status quo, and stood for what he believed in even if it meant making his own life harder. To his students, Michael was an inspiring professor, a mentor and supporter who had a great integrity and passion for what he taught and this transcended into and shaped the paths they took later in life.

Michael left a poem that was shared by his family when he passed away on 30 December, which he wrote a year ago.

Well before it may be time to go
Whenever that may be
And be it not
for quite a while
if I can help it.

I wish to place on record
That I will go
Deservedly or not
A happy, blessed and thankful man.

Leaving the people
I love
And their world
In hands I trust.
Their own

Michael’s colleagues and friends at UNU-MERIT thank him for his knowledge, dedication and inspiration. We will miss him and remember him with great respect and appreciation as someone whose principles, courage and example are what the world needs more of.  Dear Michael, what you started will continue.