Problems of today tackled by the leaders of tomorrow: NASPAA-Batten Simulation 2019

by Diego Salama
migration, MPP, Simulation
Comments are off 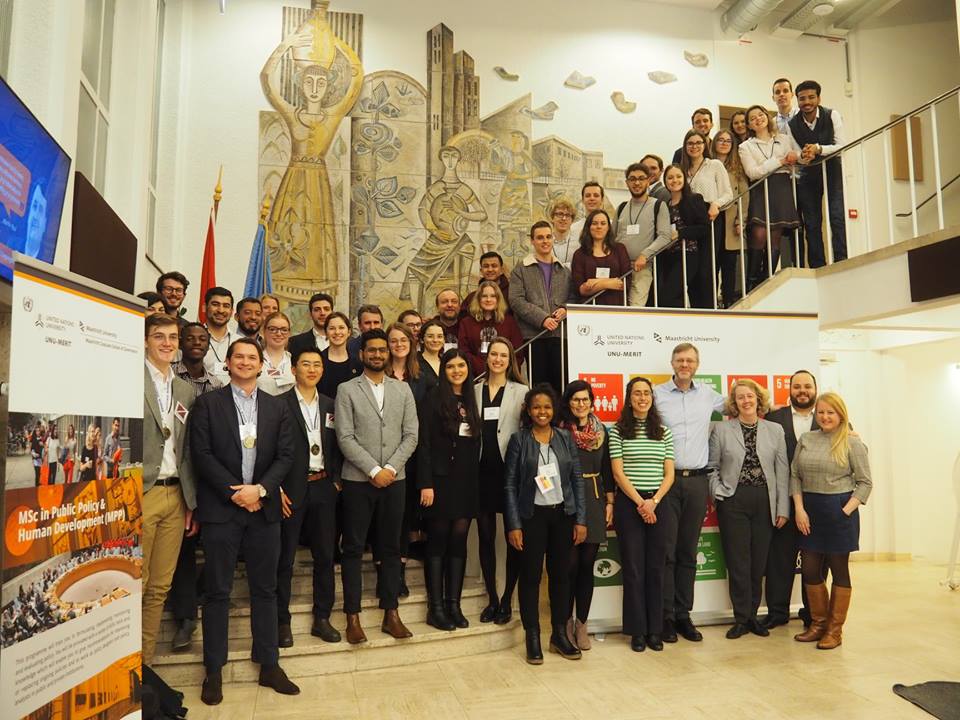 One of the most pressing and cross-cutting issues on the international agenda today is global migration – an issue only made more challenging by climate change and armed conflict. Against this backdrop, UNU-MERIT joined a global event designed to train future policymakers how best to tackle the challenge of refugee crises in support of SDG16 — for Peace, Justice and Strong Institutions.

UNU-MERIT continued its partnership with the Network of Schools of Public Policy, Affairs, and Administration (NASPAA), serving for the third time as the European site for the NASPAA-Batten Student Competition. This year, we co-hosted the event with the School of Public Policy at Central European University. This global event was hosted by 11 universities (six in the USA, and one in each of Mexico, South Korea, Bangladesh, Egypt and the Netherlands) which dealt with the same challenge and came up with concrete and actionable policy proposals.

Our students used advanced software developed by the Center for Leadership, Simulation & Gaming at the Frank Batten School of Leadership and Public Policy. They created a fictitious region comprised of five countries, each with different capacities and resources. One of the countries suffered internal turmoil that led to a very large number of its citizens to flee. The students represented the governments of the other four countries and tried to deal with the crises as best they could. The simulation therefore provided quite a realistic snapshot of the day-to-day work of policymakers.

Each site had two or more ‘worlds’ evaluated by judges with broad academic and policy experience. At the end of the day, each of the 11 sites picked out a country as the winner based on their performance throughout the day and two deliverables: a memorandum with their proposed policies alongside a presentation given at a plenary. At the end, the site winners were further reviewed by a panel of ‘global judges’ who then selected a global winner. A team comprising of students from Delft University of Technology was selected as the site winner at UNU-MERIT.

We had the honour to welcome back as our site judges Dr Valerie Graw from the University of Bonn in Germany and Dr Lutz F. Krebs from UNU-MERIT. We also welcomed for the first time Prof Martin Kahanec from Central European University. Additionally, on the eve of the simulation, students received a briefing on migration and refugee issues by Dr Michaella Vanore, researcher at UNU-MERIT.

We welcomed 42 students from universities across Europe, including our sister institute, UNU-EHS. The students were divided into two ‘worlds’ and had to develop a comprehensive policy proposal on behalf of their country, which then had to be discussed at a regional organisation.

Overall the competition gave students an opportunity to apply their theoretical knowledge to a practical problem and improve their memo-writing, negotiation and presentation skills.  Finally, the simulation was a great opportunity for students to interact with peers from across the continent and gain valuable insights into the challenges of policymaking.

Below is a selection of impressions from students on our Master of Science in Public Policy and Human Development (MPP) programme.