by UNU-MERIT
children, education, socio-economics
Comments are off

A new book on ‘Socio-economic inequality and education outcomes’ by Prof. Louis Volante shows that while it is possible to raise disadvantaged children’s academic achievement, socio-economic education gaps are still high and in many countries increasing. Much more needs to be done to help students from lower socio-economic backgrounds to succeed.

The book discusses how relevant education policies have evolved and evaluates across countries how such policies contributed to closing the achievement gap in lower socio-economic status student populations. Some of the results are concerning.

For example, focusing on 9 Western industrialised countries, there is a general trend of declining average achievement of children with lower education over a 12-year period. In some countries, the decline is similar to one year of schooling (the Netherlands, Finland, Canada, Sweden and Australia). This result might not only reflect that these kids perform worse, but also that there are less kids with lower educated parents nowadays than a decade ago. Nevertheless, this shows that more needs to be done to improve disadvantaged kids’ education outcomes. 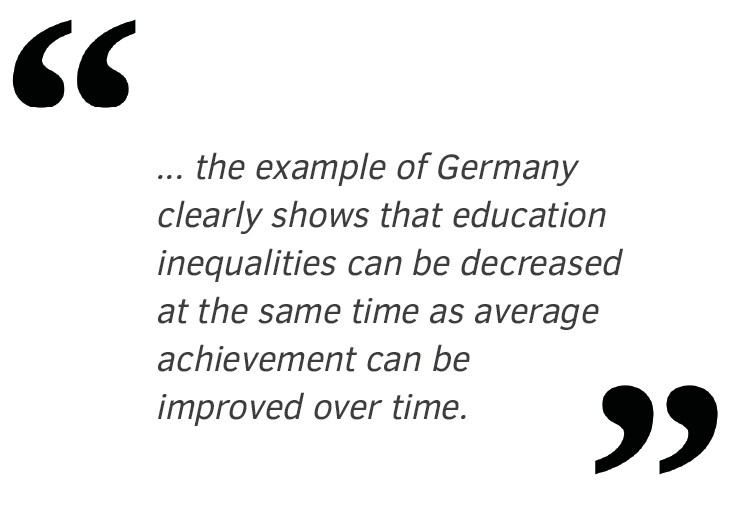 Which policies can help? Conclusions can be drawn especially from those countries, in which educational outcomes for disadvantaged kids improved and where educational inequalities declined, like Germany and Italy, but also from Finland which still is considered as a reference country for low educational inequalities. Results show that it is possible to raise disadvantaged children’s academic achievement. In addition, the example of Germany clearly shows that education inequalities can be decreased at the same time as average achievement can be improved over time.

The book goes an extra step forward compared to research that examines quantitative data, since it discusses in detail the interaction of different education policies within specific country contexts. For the policy brief based on the book, click here.

This article was originally posted on the EU Science Hub. Read the original article.