Mygration Story: A new home in a new land

by Mohammad Khalaf
Europe, migration, Syria
Comments are off 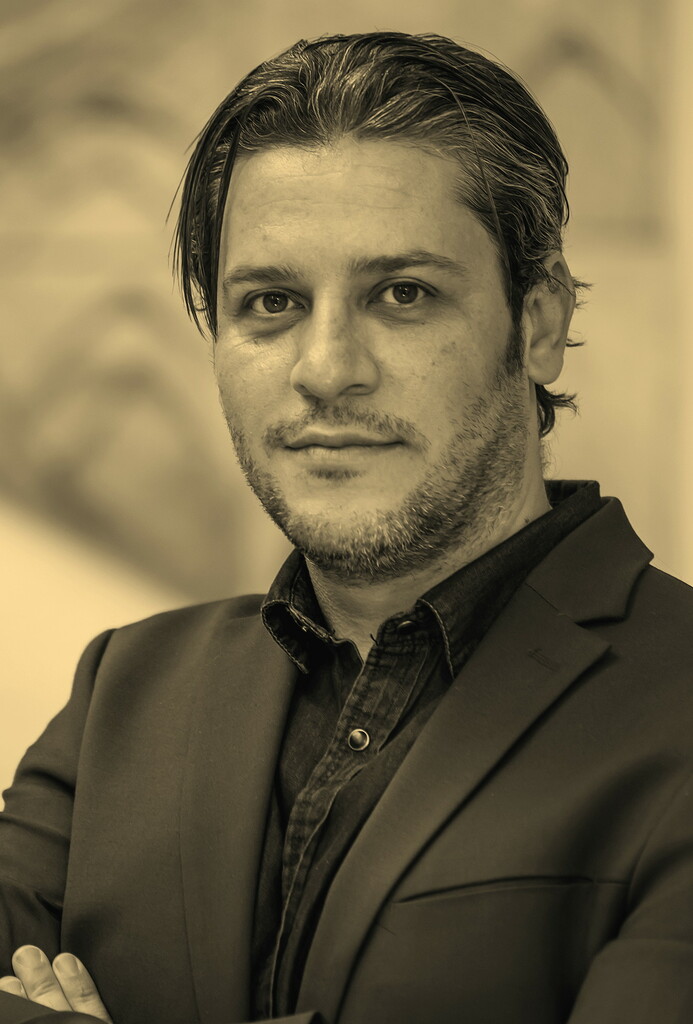 I was eight years old when I learned that ‘we’ are guests in Syria, the country where I spent 34 years of my life before I moved to Europe and became a recognised citizen of the Netherlands.

The story traces back to the year 1948, when both my grandparents were forcibly eradicated from their home in Wadi Salib, a neighbourhood in the heart of Haifa city in Palestine, my country of origin. At the time, my grandparents, like other Palestinians, were told that it was a temporary situation, and that they would be allowed to return within a few weeks. Thus, they took documents that prove their ownership of the house and the keys with them; however, the temporary situation seems to be extended until today.

I was born in Damascus where I was educated at United Nations Relief and Works Agency (UNRWA) schools, which provide basic education for Palestinian refugees. I continued my higher education and obtained Bachelor’s and Master’s degrees from Damascus University, in addition to a sworn legal translator certificate from the Syrian Ministry of Justice.

As Palestinians in Syria, we enjoyed almost the same rights and duties as Syrian citizens, except for the right to vote, citizenship and some other related merits. Therefore, since my siblings and I succeeded in getting higher education, many work opportunities were open to us, so we could lead nice lives with good financial and social status. Damascus was a safe and charming city, where residents of different religions coexisted in a unique harmony. The financial and social stability we enjoyed in Damascus made the city home for us.

In March 2011, protests erupted in Daraa city condemning the torture of several children who had written slogans against the Assad regime on a wall in their school. The protests grew after a violent crackdown by the security forces, who opened fire and killed a number of peaceful protesters. More people took to the streets, and more cities joined the protests demanding President Assad’s resignation. Violence escalated nationwide especially after rebels decided to fight back and acquire arms.

As security decayed elsewhere in the capital, our neighbourhood – which was inhabited mostly by Palestinians – remained relatively safe until August 2012, when Syrian Army Forces shelled the area killing some 20 civilians. Then, in December 2012, we heard the sonic boom of a military jet, strong enough to shake the entire building. Within minutes, we realised that a Syrian air force jet had targeted a mosque close to our house with a missile, leaving dozens of civilian casualties.

Driven by his ethical duty – as he later described it – my brother, who is a dentist, rushed to the mosque to help the wounded, and since then he became wanted by the Syrian Intelligence Service for allegedly assisting ‘terrorists’. After a few hours, clashes erupted in the area which was additionally exposed to a hail of mortar shells. There was no possibility to escape the neighbourhood, my family and I had to stay overnight hoping for a ceasefire. In the early morning hours, the warring sides finally decided to allow the evacuation of civilians, so my brother took my mother and some elderly women from our neighbours in his car, and I held my sister’s hand walking, and thus we exited our neighbourhood for the last time. 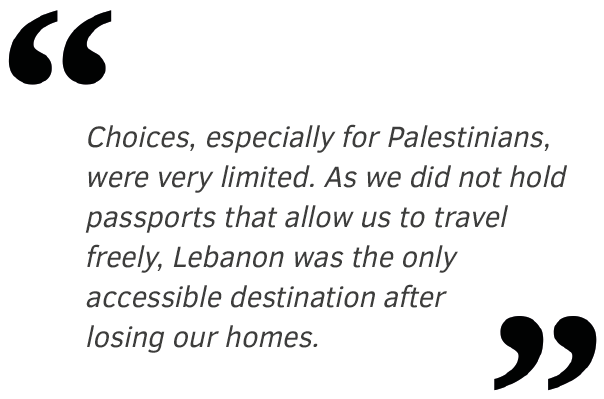 Choices, especially for Palestinians, were very limited. As we did not hold passports that allow us to travel freely, Lebanon was the only accessible destination after losing our homes. We arrived in Tripoli in the north of Lebanon, where we stayed with relatives for a while before renting a house. After three weeks, I decided to return to Damascus to catch up with my work at UNRWA. I stayed in a hotel for several months, before renting a flat in the city centre, where I stayed until 2014.

In 2014, I left Syria for the Netherlands, partly in search of safety and partly to avoid mandatory military service. The Netherlands granted me asylum as a stateless person fleeing a war zone, and later I was granted Dutch citizenship. I started learning Dutch and volunteering in projects, and I worked in the translation and education fields on a voluntary basis. Nevertheless, finding a paid job that matches my educational background and qualifications was a real challenge. Therefore, I pursued higher education at Maastricht University and obtained a Master’s degree in media studies, and finally I joined the migration research team at UNU-MERIT.

For me, migration was more than a change of geographical locations – it was rather an extensive experience of building a new life from scratch with the full meaning of the word. I learned to appreciate what I have and to never take things for granted, and above all, to develop a real attachment to my new home while keeping sincere relations with Syria and a connection to my roots in Palestine.

About the Author
Mohammad Khalaf is a Researcher in the Migration and Development Research Group at UNU-MERIT. He holds an MA in Media Studies from Maastricht University FASOS, and previously worked for the United Nations Relief and Work Agency (UNRWA) in Syria for over a decade.
Share this page