by UNU-MERIT
EU, innovation, ranking
Comments are off 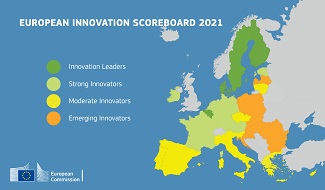 The European Commission today released the European Innovation Scoreboard 2021, which was prepared and coordinated by our researchers Hugo Hollanders and Nordine Es-Sadki, with contributions from Adriana Rantcheva.

This year’s European Innovation Scoreboard is based on a revised framework, which includes new indicators on digitalisation and environmental sustainability, bringing the scoreboard more in line with the EU political priorities.

On average, innovation performance has increased by 12.5% across the EU since 2014. There is continued convergence within the bloc, with lower performing countries growing faster than higher performing ones, therefore closing the innovation gap among them. According to the 2021 Regional Innovation Scoreboard also published today, this trend applies to innovation across EU regions.

In the global landscape, the EU is performing better than its competitors like China, Brazil, South Africa, Russia, and India, while South Korea, Canada, Australia, the United States, and Japan have a performance lead over the EU. 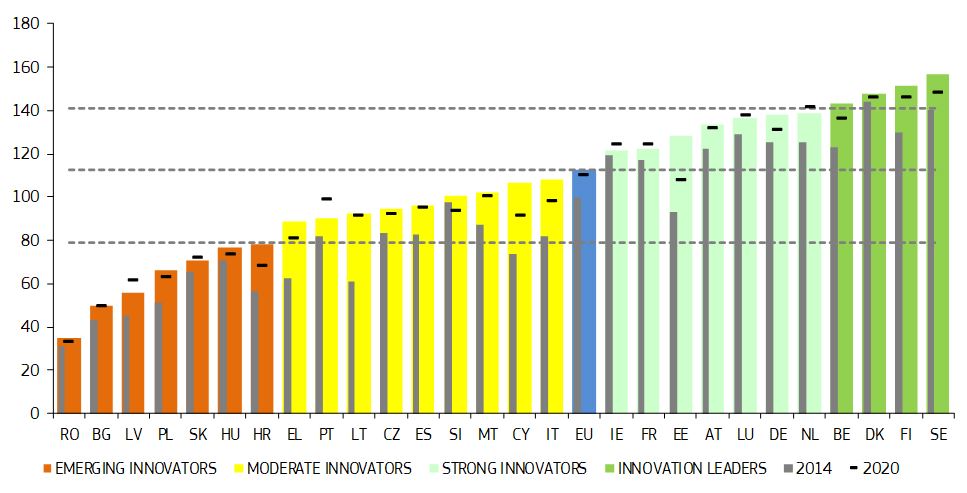 Thierry Breton, Commissioner for Internal Market, said: “European innovations like the technologies at the heart of new COVID-19 vaccines have been crucial to fighting and overcoming the current pandemic. The EU’s improved innovation performance is a very positive signal. Investing in innovation is investing in our ability to be at the technological forefront for a sustainable, digital and resilient economy and society.”

Mariya Gabriel, Commissioner for Innovation, Research, Culture, Education and Youth, said: “Europe’s commitment to innovation is shown by its continuous improvement in innovation performance. All EU Member States and regions are investing more on innovation and the innovation gap in the EU is decreasing. In support of Europe’s innovation capacity, Horizon Europe will promote excellence and support top researchers and innovators to drive the systemic changes needed to ensure a green, healthy and resilient Europe.”

Elisa Ferreira, Commissioner for Cohesion and Reforms, said: “Innovation is increasingly one of the deciding factors to promote development and convergence across the European continent. While these important reports highlight the progress made in much of Europe, a significant innovation divide still remains, particularly for less developed and peripheral regions. Addressing the innovation divide is critical for economic, social and territorial cohesion. Cohesion funds will continue to promote smart and place based innovation strategies.” 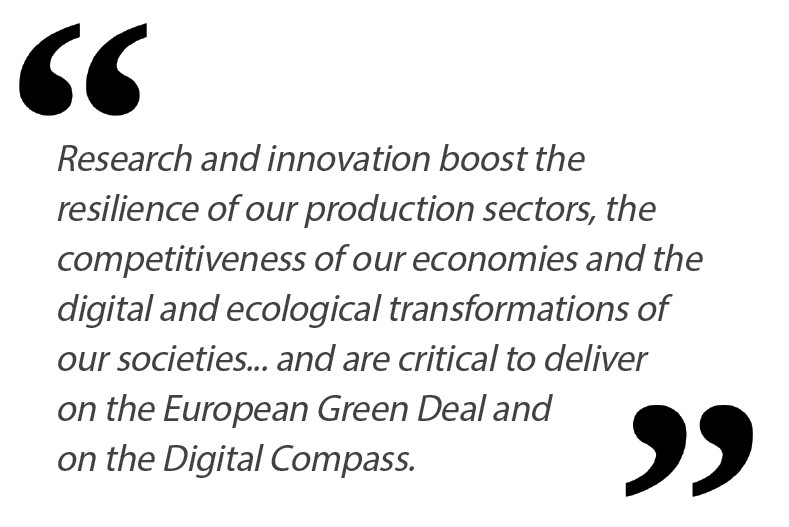 The European innovation scoreboard provides a comparative analysis of innovation performance in EU countries, other European countries and regional neighbors. It assesses relative strengths and weaknesses of national innovation systems and helps countries identify areas they need to address. The first European innovation scoreboard was released in 2001. The European Innovation Scoreboard demonstrates the commitment of the EU and its Member States to research and innovation that is based on excellence and that it is competitive, open and talent-driven. It also supports the development of policies to enhance innovation in Europe and inform policy makers in the rapidly evolving global context. Moreover, research and innovation is an essential part of the coordinated EU response to the coronavirus crisis, supporting also Europe’s sustainable and inclusive recovery. Measuring innovation performance is a key element in achieving this goal.

About two-thirds of Europe’s productivity growth over the last decades has been driven by innovation, according to the report ‘Science, Research and Innovation performance of the EU, 2020 (SRIP)‘. Research and innovation boost the resilience of our production sectors, the competitiveness of our economies and the digital and ecological transformations of our societies. They also ensure preparedness for the future and are critical to deliver on the European Green Deal and on the Digital Compass. Horizon Europe, the EU’s research and innovation programme for the years 2021-2027 with a budget of €95.5 billion, will help accelerate Europe’s environmental and digital transformations.

Over the same period, cohesion policy will invest over €56.8 billion in research and innovation capacities, digitalisation and skills to support the innovative and green economic transformation of the European regions. These aims also lie at the core of the EU’s updated Industrial Strategy, which proposes new measures to strengthen the resilience of our Single Market. The Strategy also proposes measures to respond to our dependencies in key strategic areas as well as accelerate the green and digital transitions – all of which will be instrumental in boosting the EU’s performance in innovation. In addition, the European Research Area (ERA) will create a single and borderless market for research, innovation and technology, based on excellence, while at the same time boosting the market uptake of research and innovation results across the EU.