Data Without Borders: Will an international regulatory regime protect the world’s data?

Big data is on the rise and governments have fallen behind in setting global standards on its collection, storage and usage. Instead, governments are playing catch-up with harnessing the technology that controls data.

This was the backdrop to a Chatham House webinar held on 15 February 2021, where several high-profile panellists explored how governments and businesses should negotiate this new era of international data diplomacy. They discussed how current governance trends on personal data protection are diverging – how one promotes a ‘privacy preserving’ approach to free flows of data while the other advocates for national sovereignty to harness the power of data domestically. They also debated how data governance can protect individuals and businesses from the harm caused by cyber and ransomware attacks. During the Q&A, I asked the panellists: “Could and should the UN play a greater role in protecting our basic human data rights?” 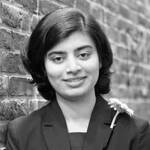 Senior Correspondent at Forbes India responded: “I believe the Secretary General came out with a UN Roadmap to focus on the digital world. But the question is, how implementable are UN resolutions? And how many people are party to them? For instance last year, during the G20, then Japanese Prime Minister Shinzo Abe came out with a document called ‘Data Free Flow with Trust’ – and three countries, India, South Africa and Indonesia did not sign that agreement, whereas the other 17 did.

“When it comes to formulating any kind of multi-lateral agreement, the interests of the so-called ‘Global South’ have to be represented. And when they aren’t, then it again becomes the same old debate about whose interests are being served? Even in the UN, when we talk about protecting basic human data rights, there has to be a conversation about rights from whose perspective and whom do they benefit? Because that’s where the politics do matter. To gain credit with local populations and the electorate, governments often go against multi-lateral agreements. So the question remains: how do we manage those interests?”