Can social protection end poverty in all its forms everywhere?

by Jennifer Waidler
APPAM, SDG1, social protection
Comments are off 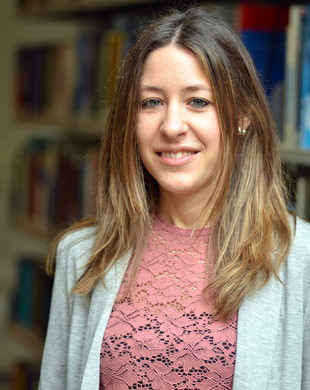 ‘Public Policy & Governance Beyond Borders’ was the guiding theme of the international conference of the Association for Public Policy Analysis and Management (APPAM), held in Brussels on 13-14 July 2017. This third post in the series looks at the added value of social assistance programmes in rooting out poverty.

‘End poverty in all its forms, everywhere’ is the tag line of the first Sustainable Development Goal (SDG) set by the United Nations for 2030. It was also the title of the last plenary session of the APPAM International Conference 2017. Closing the two-day conference, Prof. Franziska Gassmann (Maastricht University), Prof. Jo Ritzen (Maastricht University), Prof. Armando Barrientos (Manchester University), and Dr. Gaspar Fajth (UNICEF) discussed the role of social protection in achieving this goal. They asked if social protection policies are the best instruments for achieving SDG1 – or if other policy options may be more effective.

Poverty rates have halved in recent decades: from 1.9 billion to 836 million people, mainly thanks to economic growth in countries like China and India. Nonetheless, more than 800 million people are still living on less than US$1.25 a day. In some regions, like Sub-Saharan Africa, the absolute number of poor individuals has even increased since 1990, according to World Bank data from 2016. Researchers like Dr. Richard Bluhm say that economic growth will not be enough to eradicate poverty by 2030. So can social assistance programmes (i.e. non-contributory transfers from governments to the poor and vulnerable) eradicate poverty? 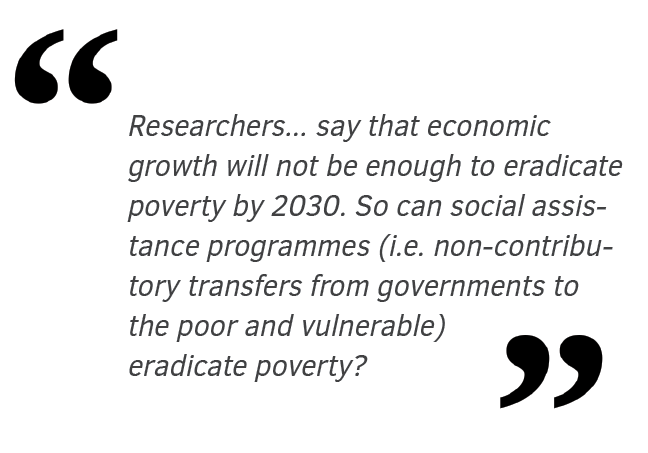 The good news is that low- and middle-income countries have seen a rapid expansion of social assistance in the last decade, according to World Bank data from 2017. Yet, despite mounting positive evidence, the share of people lifted out of poverty by social protection policies has not been as high as expected. Does this mean that social protection has not been effective? Well, not necessarily.

For social protection policies to be effective, the coverage (i.e. the number of people helped) and size of transfers need to increase., given that programmes at the margin (which only helps households to marginally increase their consumption) are not sufficient to lift people out of poverty. For this to happen, institutions have to be stable, strong and capable, whereas international organisations can facilitate this process by, for example, lobbying governments on the utility of social protection. Another important aspect is the ‘social contract’ – whereby social protection comes to be accepted and supported by political institutions and citizens of a country. The SDGs represent an important step in this regard, giving legitimacy to governments to tax income and implement social protection programmes.

I consider the issue of political will, but more importantly, the social contract, a critical one. If the middle and high income classes of a country believe that social protection policies are ineffective and that beneficiaries misuse the money or are discouraged from working, comprehensive long-term poverty reduction policies will not be implemented. We have examples of countries – like Brazil and South Africa – that have managed to give social protection institutional legitimacy by explicitly recognising the right of citizens to social protection in legal texts such as the Constitution. However, this only took place after extreme circumstances with the aim of re-establishing peace and social cohesion in countries that experienced a revolution (Brazil), or Apartheid (South Africa). 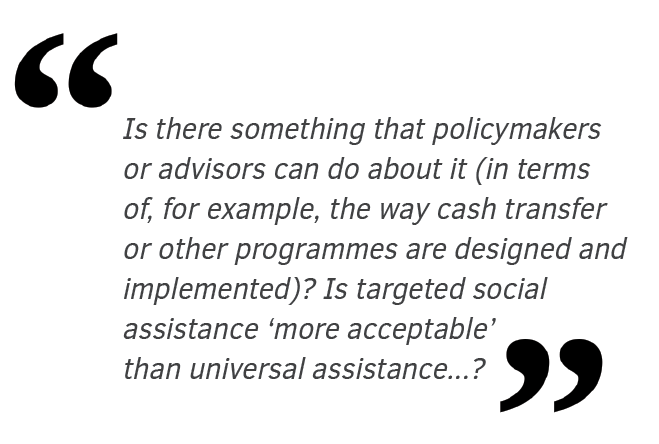 An interesting question for future research would be what determines the perceptions of citizens regarding social protection, and how these perceptions are shaped. Is there something that policymakers or advisors can do about it (in terms of, for example, the way cash transfer or other programmes are designed and implemented)? Is targeted social assistance ‘more acceptable’ than universal assistance (where all individuals that belong to a certain group of the population are eligible)? Also, how do perceptions differ when programmes are donor funded (as is the case of many African countries), as compared to when programmes are financed through taxes (as is the case in middle-income regions like Latin America)?

One of the things I enjoyed the most about the APPAM conference was the opportunity to have both academics and policymakers discussing how to achieve a common goal: ending extreme poverty. To this end, all stakeholders – be they academics, government officials, or representatives of international organisations – need to work together to identify the most effective policies for raising the consumption of the poorest, so that no one is left behind.

About the Author
Jennifer Waidler is a PhD fellow at UNU-MERIT. She holds a Master in Public Policy from Maastricht University and a degree in Business Administration from the University Carlos III de Madrid. Since September 2012, she has been working as a researcher at UNU-MERIT on a variety of projects in the field of migration and social protection.
Share this page