by UNU-MERIT
economics, employment, innovation
Comments are off

The Great Recession of the late 2000s hit Europe hard, with the perfect storm of an economic downturn and a productivity slowdown. What’s more, it compounded years of already anaemic growth. Since then, EU states and agencies have worked hard to contain these problems, but a decade later there are still no comprehensive solutions.

A new EU-funded project involving Prof. Pierre Mohnen and Assistant Prof. Tania Treibich aims to change all that. GROWINPRO will provide a raft of joined-up policies to set Europe on a more balanced course of development – one fuelled by innovation but sensitive to issues like climate, demographic and labour changes. Six months into the project, we caught up with Pierre and Tania to hear the latest updates.

Following on from another “best practice project”, GROWINPRO seeks new ways to kickstart Europe’s economies via a three-year, three-pronged approach covering demand dynamics, productivity growth, and societal challenges. Led by the Sant’Anna School of Advanced Studies (SSSA) in Pisa, Italy, the project gathers researchers from 11 universities and foundations plus the national statistical offices of Austria, Italy and the Netherlands. 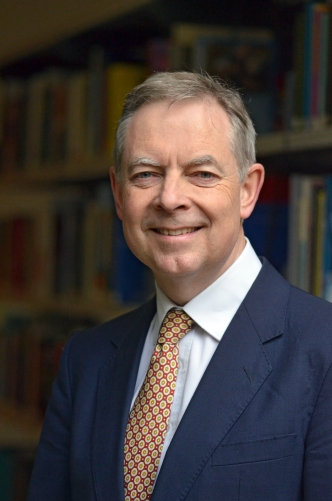 The latter are particularly important, says Pierre: “By including national statistics offices we’re able to access new data and new combinations of statistics. So for example in the Netherlands we have both employer and employee data, i.e. you have the characteristics of the firms in terms of their human resources, their investments, financing and so on; and you have the characteristics of the people who work for these firms – so in the end you can make a link between the specialisation of the people and the performance of the firms.”

Tania’s involvement can be traced back to her time at the French Economic Observatory (OFCE), Sciences Po, France – a partner in the abovementioned best practice project, ISIGrowth. Once Pisa started assembling their team for GROWINPRO, they asked Tania to set-up a research unit in Maastricht. With Tania on board, Pisa then asked her to select a research partner. She immediately thought of Pierre given his expertise in issues linked to R&D, innovation, productivity, growth and development.

Tania was already familiar with Pierre’s work, having heard of him via the UNU-MERIT network and having attended several conferences with him. Together, they now lead a work package that explores the microeconomics of productivity changes (WP3). “For this, we’re in charge of two deliverables,” says Pierre: “One is what data are available and what we can do with it, and the other is the link between competition and innovation. Here we’ll test an idea that goes back to Schumpeter, which holds that competition is good for innovation. But recent theoretical and empirical work by Aghion et al. suggests that competition is good for innovation, but only up to a point: too little or too much competition is bad for innovation.” 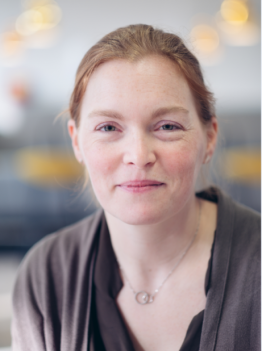 Asked how the project is going so far, Tania is enthusiastic: “There was a really great atmosphere at the kick-off meeting a couple months ago. It was a very nice mix of researchers who knew each other from the previous ISIGrowth project and new faces.” Tania is also excited to take on a new challenge as work package leader with Pierre. “Previously, I contributed as a researcher within a research team. As a work package leader, I have more responsibility now and am more involved in the organisation of the project.” Tania and Pierre will also be hiring a post-doc to assist them with policy modelling, using Agent-Based Methods.

For Pierre, this evolutionary ‘agent-based’ approach is particularly new and interesting. “This is the main component of the whole exercise – i.e. to use agent-based models to explain the links between innovation, welfare, competition, productivity and so on. It’s a model where every agent can have a different way of making decisions and reacting to external events; whereas in the classical theory you suppose there is a representative agent and that everyone behaves like him. That’s a big difference. It’s also very different from my usual work, so I’m happy to work with Tania on that.”

For both Tania and Pierre, GROWINPRO is really the tip of the iceberg when it comes to collaboration. Tania is already programme leader for the new MSc in Economics and Strategy in Emerging Markets, offered jointly by SBE and UNU-MERIT, while Pierre is Professorial Fellow at both SBE and UNU-MERIT – with his main office in the latter.

Tania says greater collaboration can yield real benefits. “There is huge potential for knowledge sharing and research collaboration between SBE and UNU-MERIT. For instance, UNU-MERIT has valuable expertise in applying for grants such as Horizon 2020 projects. This is something SBE can greatly benefit from.”

Collaboration is particularly relevant in light of the recent integration within SBE of the Maastricht Graduate School of Governance (UNU-MERIT/MGSoG) and the International Centre for Integrated assessment and Sustainable development (ICIS) – an integration paving the way to more societally relevant research and training, while strengthening the multidisciplinary character of SBE. More updates to follow soon!