Mygration round trip from Italy to Argentina: ‘Your blood will pulse’

by Eleonora Frasca
Americas, economics, migration
Comments are off 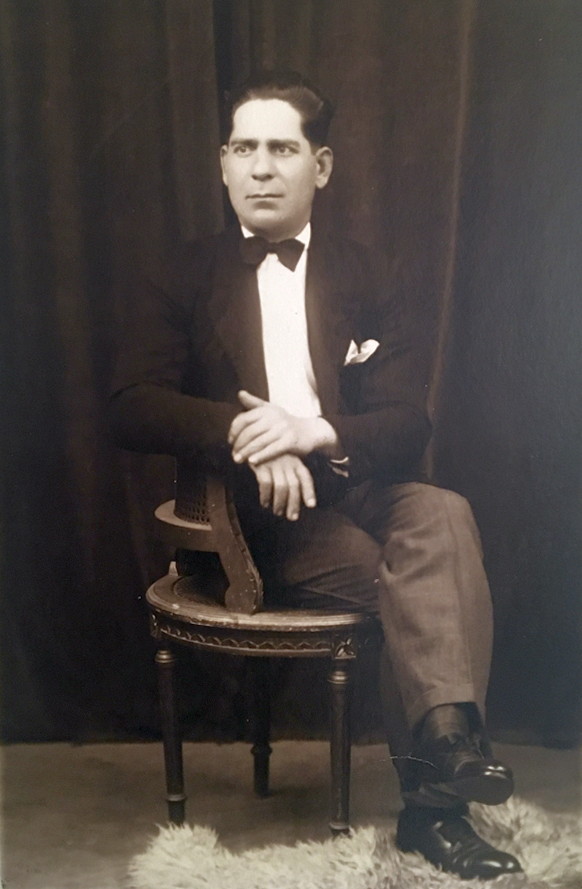 Not the ‘classic’ Italian-Argentinian migration history, ours is more about those left behind and a return to the home country.

Gaetano Bloise was born in 1895 in Cassano, a village in Calabria, the southmost region on the Italian peninsula. During World War I, he was injured at the infamous Battle of Caporetto, the worst defeat in Italian military history. Soon after he returned to Cassano, opened a grocery shop, and married Maria Ciappetta (1894-1975), with whom he raised four children in poverty. (A century on, average socio-economic conditions in Calabria have barely changed — so emigrating, either within or from Italy, is still the most common way to escape poverty and improve opportunities.)

When the 1929 economic crisis struck Italy, Gaetano was no longer able to make ends meet while also repaying his debts. So to carry on providing for his family, he decided to emigrate to Argentina. Like many international migrants nowadays, he decided to emigrate alone, leaving his wife and children behind. Before the invention of Western Union, Italian emigrants sent money back to Italy via the National Post Office. Under the Italian Civil Code of 1865, however, married women did not enjoy full ownership rights of their assets or other property. So when my great-grandfather left, Maria’s brother took over administration of her money, including remittances sent by Gaetano.

Maria was acutely aware that her brother would put the interests of his family before hers. She described her situation with the help of a saying: “when you are the hammer you should hit, when you are the anvil you should stay still”. In other words, she was powerless and could only endure the circumstances.

With the remittances, however, Maria was able to send the children to school. While my grandmother Concetta (1927-2012) only attended primary school, Armando (1924-1979) became a primary school teacher, while Osvaldo (1933-2005) graduated in law and became an attorney. Gino (1926-2001) graduated in pedagogy and began a remarkable political career as a member of the Italian Socialist Party. He started at the local level, sympathising with peasant uprisings in affirmation of their land rights, before eventually becoming mayor of the village. He also served for two terms as a senator in the Italian parliament (1968-1972).

Gino was not only a political figure. Proud of his origins, he also wrote poems in the local dialect, which are extremely valuable to Cassano’s history and our family legacy. His reactions and observations on broader social issues and perspectives on the human condition still resonate with me to this day.

In the poem “The story of my father”, he recalls Gaetano narrating in the first person his migration story: “many and many others like me decided to take the path of oblivion, which is and will always be the path of migration”. He describes the motivation to migrate (mainly economic), the most humble jobs he accepted in Argentina that “he would not have taken in Italy”, the homesickness, and the obstacles to return. There is a universal meaning in his words, to which many migrants can still relate.

‘How will I recognise him?’ 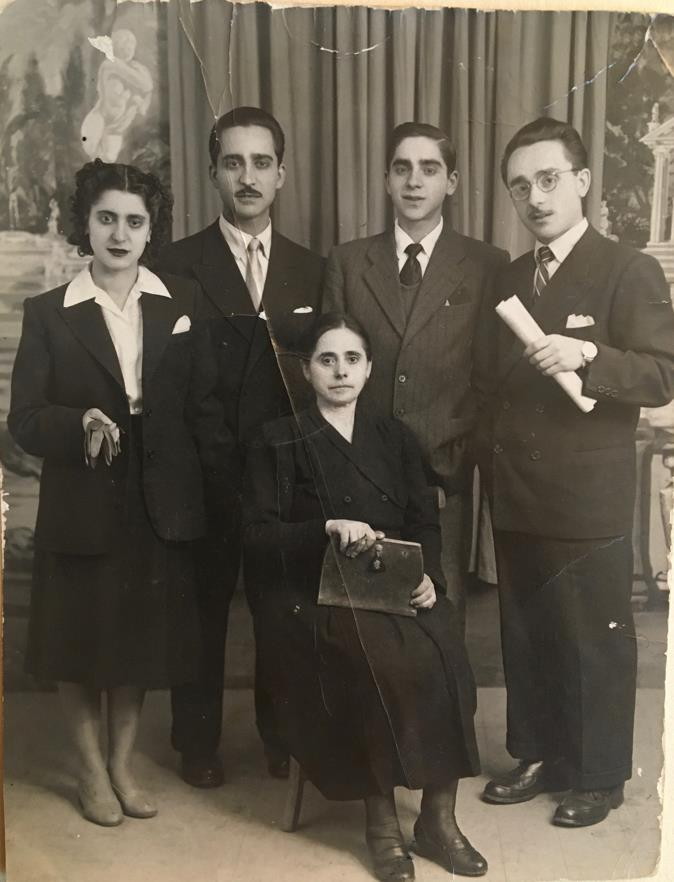 My great-grandmother Maria with her children (from left to right) Concetta, Armando, Osvaldo and Gino

Gaetano lived in Argentina from 1932 to 1952, his stay overlapping with the rise and fall of Peronism, the influential Argentinian political movement. We know that he addressed letters to his wife, all starting with the same greeting: “Dear wife”. We do not know if he had a second family.

Argentina experienced a slow rate of growth in the after-war years, with the economy eventually stalling and stagnating. It was increasingly difficult to send remittances home, so Gaetano returned to Italy intending to persuade his wife and four children to move back with him. But they had no intention of emigrating: they felt no connection to Argentina, as they had never set foot there. And so they remained, and in turn the children married and had children of their own – all in Italy.

I was not born in Calabria and have never lived there because both my parents are internal migrants. However, I feel that Cassano is part of my identity. When someone asks me: “Where are you from?” I reply: “I’m from Rome, but my family comes from Calabria.” With this answer, I hope to do justice to my roots, to those who stayed or were left behind.

In 1952, Gino was sent to the harbour in Genoa to welcome his father ‘home’. Gaetano had left when Gino was just six-years-old; by the time of his homecoming, Gino was 26. He asked his mother: “How on earth will I recognise him?”. She simply answered: “Your blood will pulse”. In a poem entitled “Blood pulses”, Gino recalls the hectic atmosphere, the joy and sorrow of families greeting migrants at the harbour. He struggled to recognise his father. His blood did not palpably pulse, but in time he understood: “My mother’s words were deep and beautiful: she meant that blood ties are strong and make us feel like fathers, sons and brothers – like a tree with all its branches and leaves”.

About the Author
Eleonora Frasca is a UNU-MERIT alumna. She graduated in European and International Law from Sapienza University of Rome (Italy) and holds an MSc. in Public Policy and Human Development from UNU-MERIT, with a specialisation in Migration Studies. Eleonora previously worked at the International Catholic Migration Commission Europe office in Brussels, focusing on resettlement and complementary pathways. She is currently pursuing a PhD in European Migration Law at the Université Catholique de Louvain (UCLouvain), in Belgium. Her research interests lie in the field of migration cooperation between the EU and Africa.
Share this page