by UNU-MERIT
climate change, Rector, UN Day
Comments are off 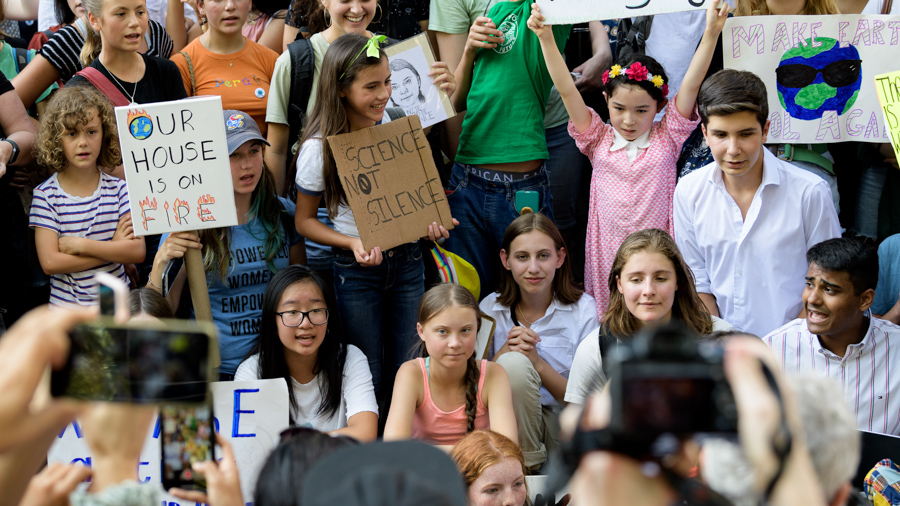 United Nations Day (24 October) is a time to reflect on how the UN benefits us all by addressing vital issues that are the common concern of all humankind.

The UN Charter was written in the name of “We the peoples of the United Nations,” but the UN is inherently an organisation of its member states. The paradox is that it relies tremendously on public support, as the struggle against climate change makes clear. The single most kinetic speaker during this year’s high-level events at the UN was Greta Thunberg, an articulate and impactful young member of civil society.

In contrast, interventions by leaders were not always worth their time on the podium. Indeed, the response of many states has been disappointing, although the announcement of a large climate-related funding allocation by Germany is impressive.

While climate action is but one of the 17 sustainable development goals of the 2030 Agenda for Sustainable Development, it is the most urgent, given that its accelerating and widespread impacts disproportionately burden the poorest and most vulnerable. It also stands as an impediment to the realisation of most other goals.

UN Secretary-General António Guterres has warned that “the next few years are absolutely crucial to reverse the present [negative] trend” of climate change. However, urgent action by each UN member state lies at the heart of the challenge.

Civil society, vibrant in Japan, must raise its voice further and, as elsewhere, insist on concrete measures to reduce the country’s emissions that threaten the global climate. The same is true in my country, Canada, whose actions do not yet match the rhetoric of its stirring speeches.

The Japanese government recognises the nation’s vulnerability to the impacts of climate change. In 2015, the Cabinet Office adopted the first National Plan for Adaptation to the Impacts of Climate Change. And on the international front, not only has Japan ratified the UN Framework Convention on Climate Change’s Kyoto Protocol and Paris Agreement, but also the Ministry of the Environment earlier this year launched the online Asia-Pacific Climate Change Adaptation Information Platform.

The key issue, though, is whether actions will follow. Prospects are enhanced by the appointment of a dynamic new environment minister, whose career trajectory will doubtless be marked by his tenure in this key and challenging position.

Guterres has visited Japan twice this year: in June, on the occasion of the Group of 20 summit meeting in Osaka, and in August to participate in the Seventh Tokyo International Conference on African Development. On both of those visits, he met with Prime Minister Shinzo Abe, and the two discussed, among other topics, climate change-related issues — notably, Japan’s investment in renewable energy, its contributions to the Green Climate Fund, and its role in helping African and South-East Asian nations achieve resilience to climate change.

As Abe warned in 2018, “Our goals must be firmly based on the latest scientific knowledge”. Thus academia, including the United Nations University, has an important role to play as well in generating and monitoring relevant research. It has been doing so, but strong support needs to exist in government both for this unbiased research and for bolder actions. The science is now crystal clear and increasingly alarming.

Can you, as an individual, really make a difference? In short, yes.

One month ago in New York, the UN convened the first Youth Climate Summit where more than 700 young activists, including Thunberg, meaningfully engaged with decision-makers. And just a day earlier, millions of young people demonstrated the world over in a global climate strike. In Tokyo, they convened in front of the UN University to make their voices heard.

It is up to us, “the peoples of the United Nations,” to emulate Greta Thunberg in demanding more coherent and convincing action from all of our governments, the objective of Guterres in convening the climate summit last month in New York.

This article first appeared in The Japan Times.