by Mariajose Silva Vargas
migration, refugees, Uganda
Comments are off

Uganda’s refugee policy is praised worldwide as it is different from other hosting countries: refugees can stay in settlements or they can decide to move to a city. In both cases, they can seek employment anywhere. Yet, only in the first scenario do they receive humanitarian assistance and a piece of land to farm.

Nakivale refugee settlement, approximately 200 km away from Kampala, is one of the oldest settlements in the country. It currently hosts 119,587 refugees from the Democratic Republic of Congo, Burundi, Somalia, Rwanda, Ethiopia, Eritrea (and others). Although many refugees in the area have been living there for several years, recent conflicts in nearby countries are increasing the number of arrivals per day. 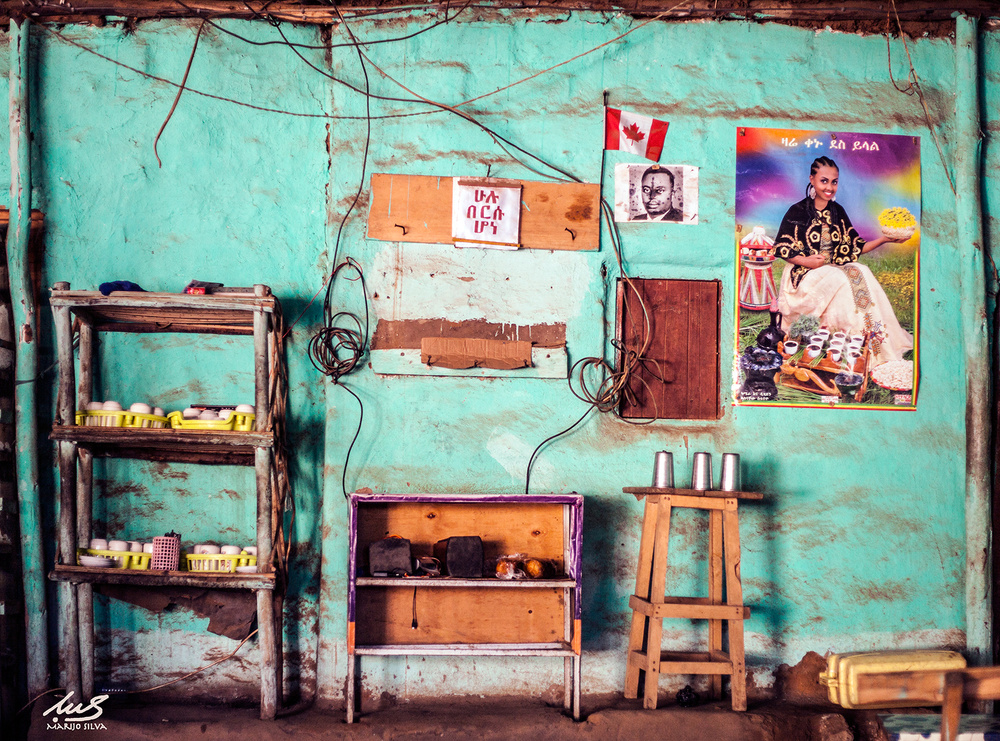 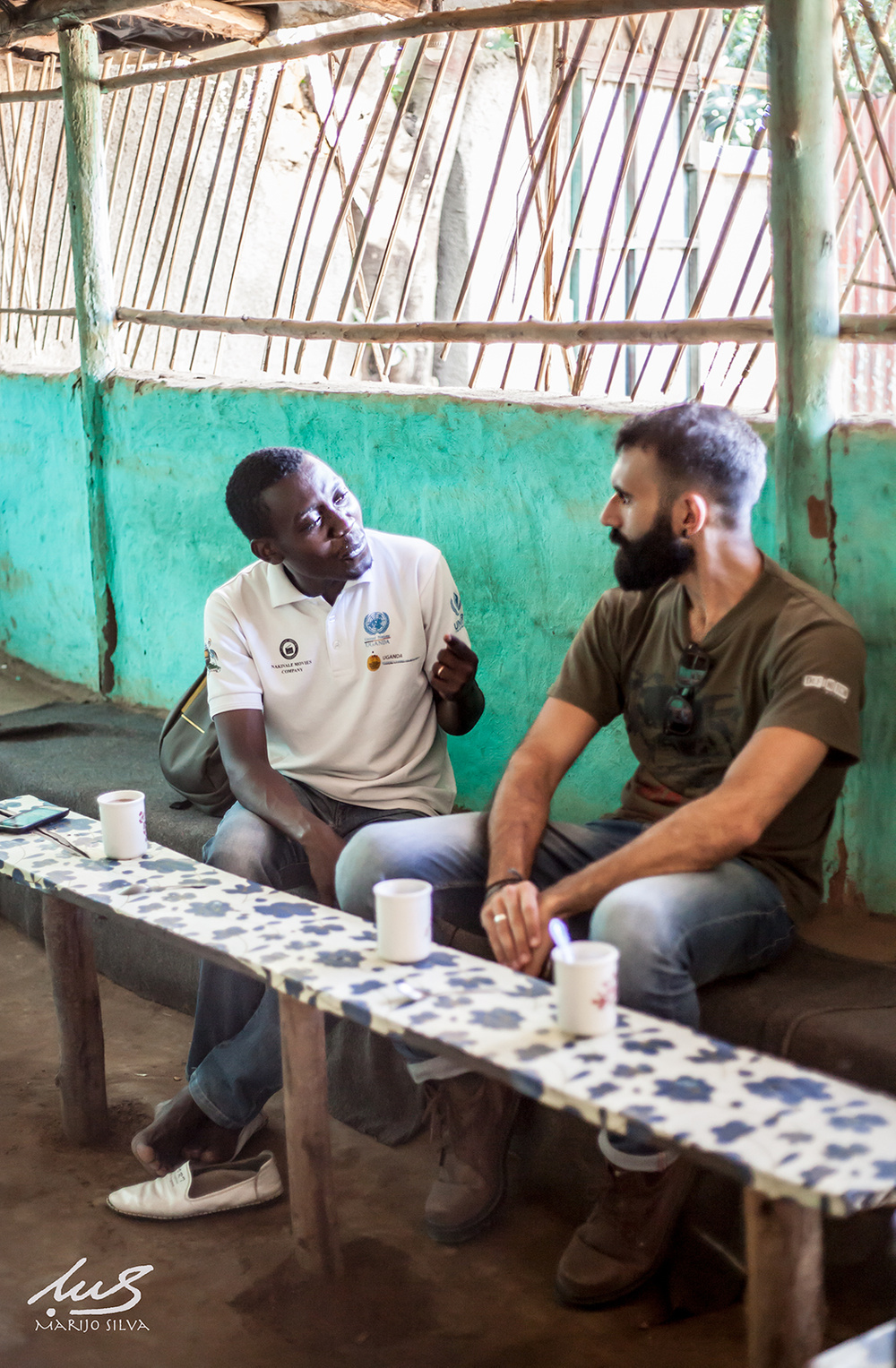 In May 2019, as part of our PhD research project on refugee youth integration in the Ugandan labour market, my colleague, our research team and I stayed in Nakivale for a week to collect data. During this time, we collaborated with several leaders within the settlement. One of them was Adonis Mushongole Muganuzi, the founder of YAREN – the Young African Refugees Entrepreneurs Network – an organisation whose purpose is to give skills to refugees, focusing on leadership, entrepreneurship and behavioural change. 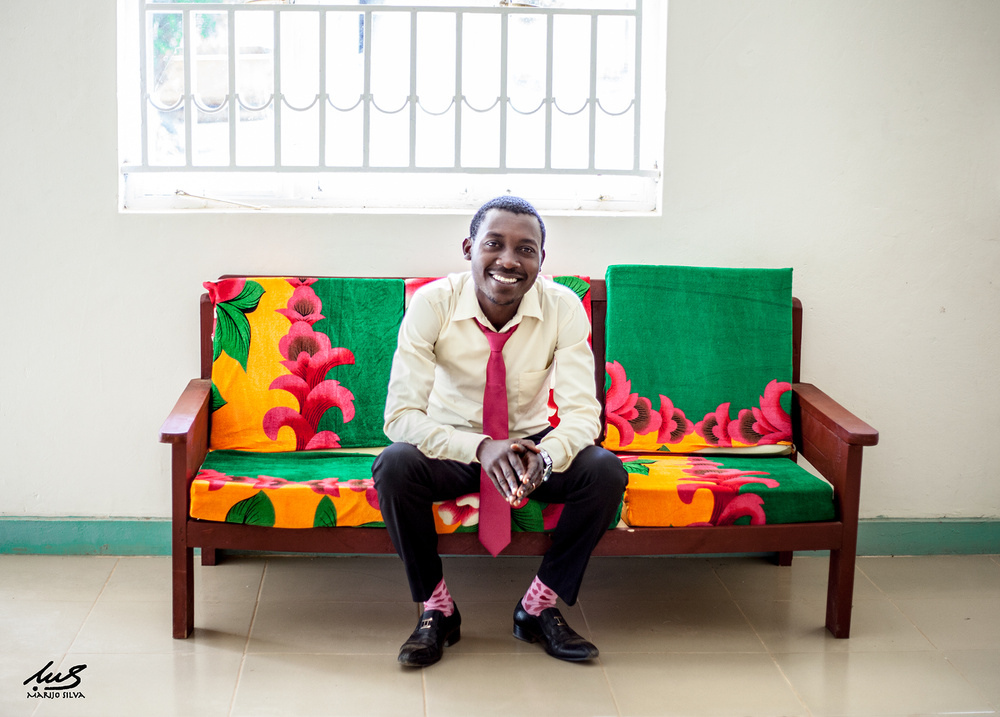 When asked about aid and land in the settlement, the leaders have little doubt: aid is often not enough, land is frequently far or unproductive, and the closest training centre – funded by the UNHCR and other governmental agencies – is 1 hour away by foot from the settlement. 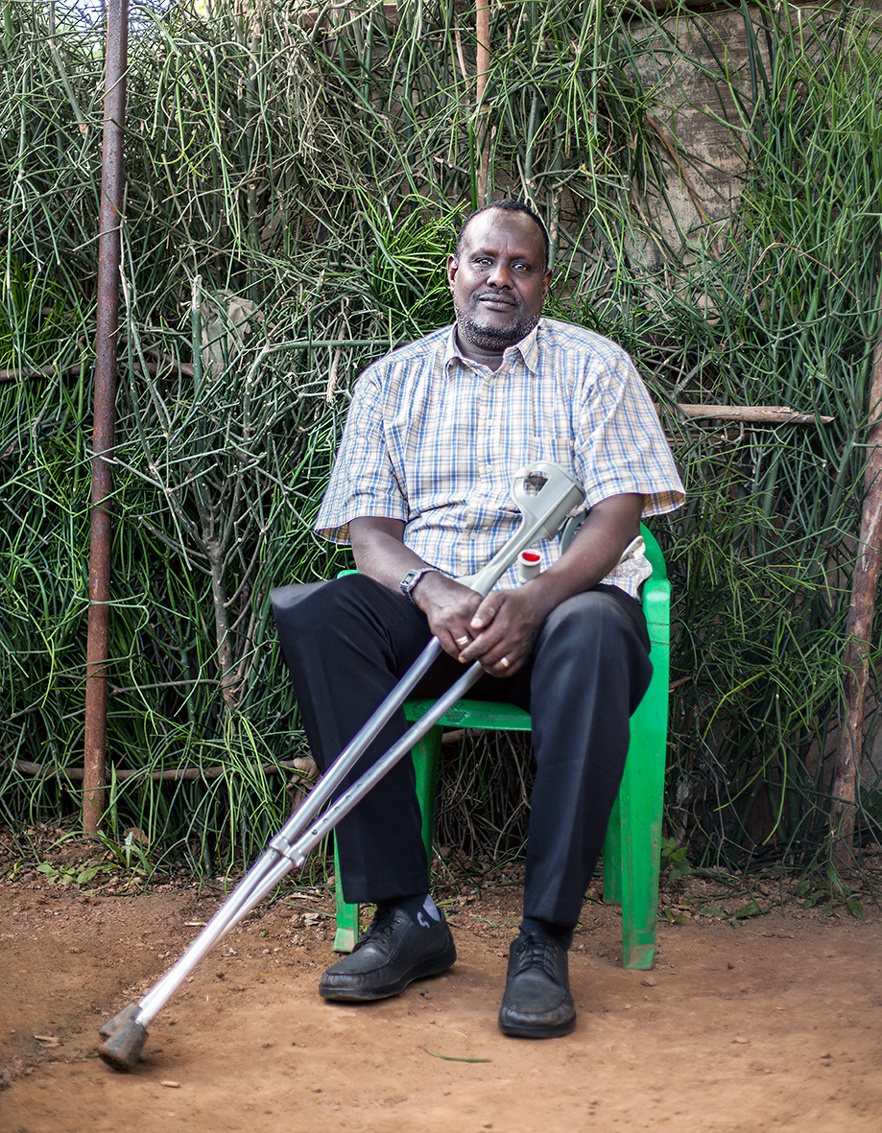 A Somali leader in Nakivale

While in the settlement, Adonis from YAREN asked our team to give a training. We agreed to talk about Excel and budgeting. On the training day we saw many participants from different grassroots organisations who wanted to learn more about funding and budgeting for their own enterprises. 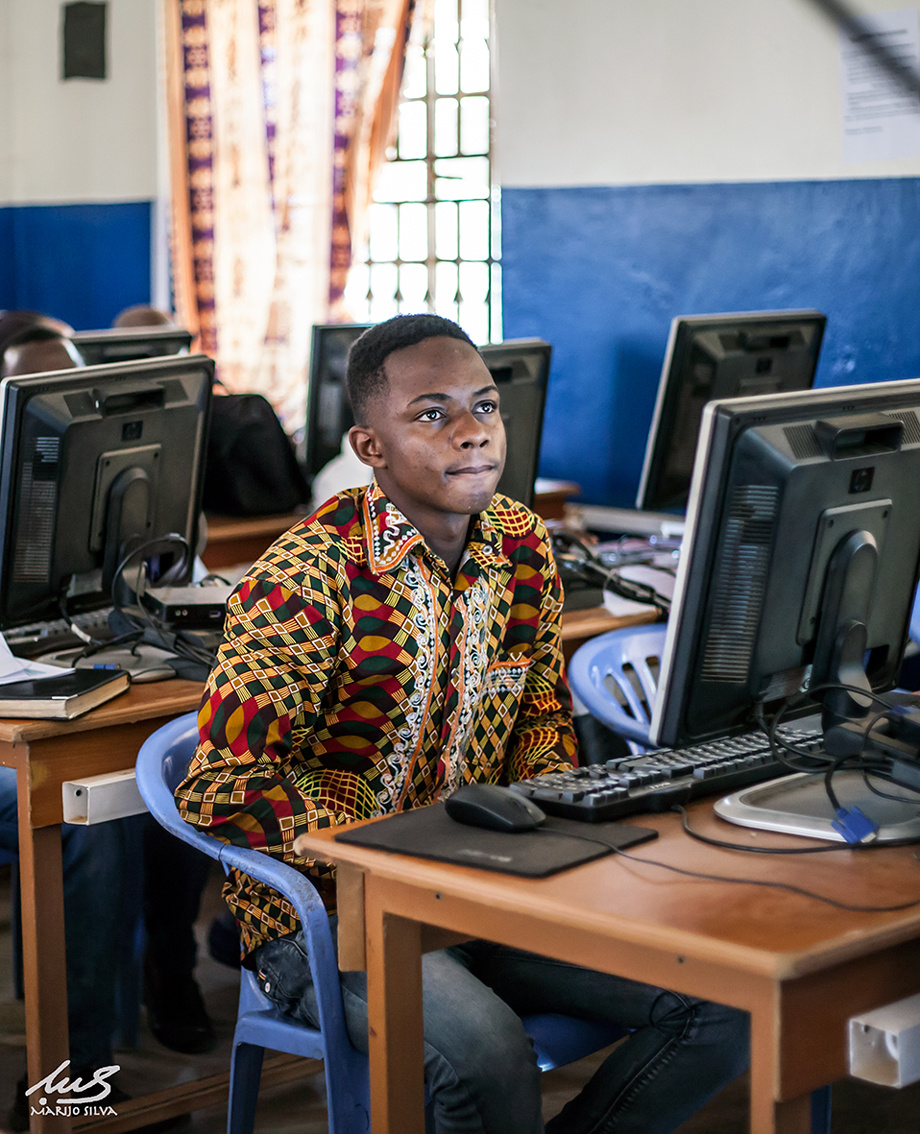 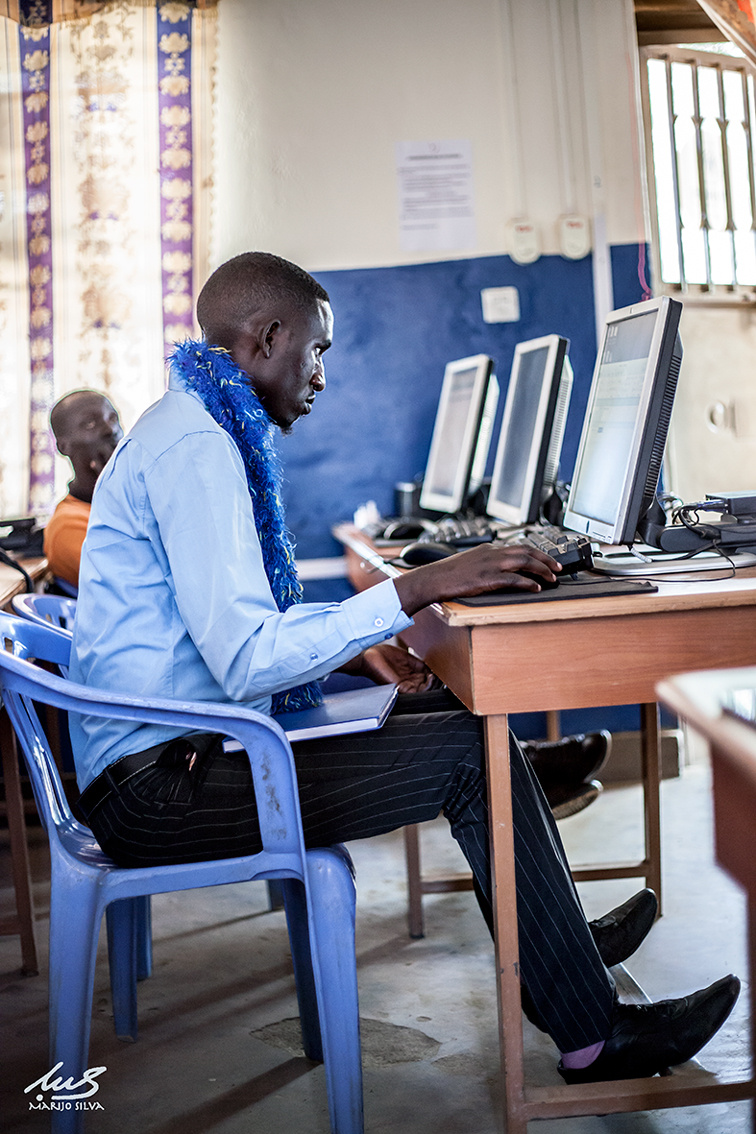 During this event we realised that within the settlement there are many small grassroots organisations that focus on promoting entrepreneurship and empowerment between refugees. Even if they are all part of the same network, they remain independent and sometimes small. 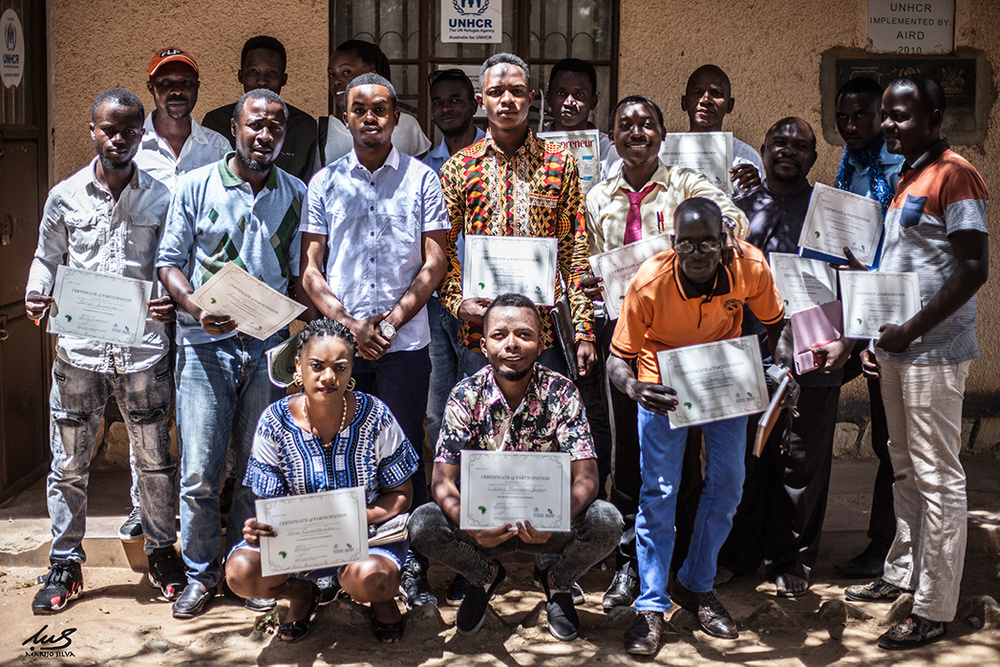 Apart from the training’s participants, we also met members of ‘Opportunigee’ and the ‘Promise Hub’. These are self-organised empowerment and social entrepreneurship hubs formed by young scholars. Their main purpose is to generate digitally-enabled businesses that create jobs on a local scale and impact on a global scale. 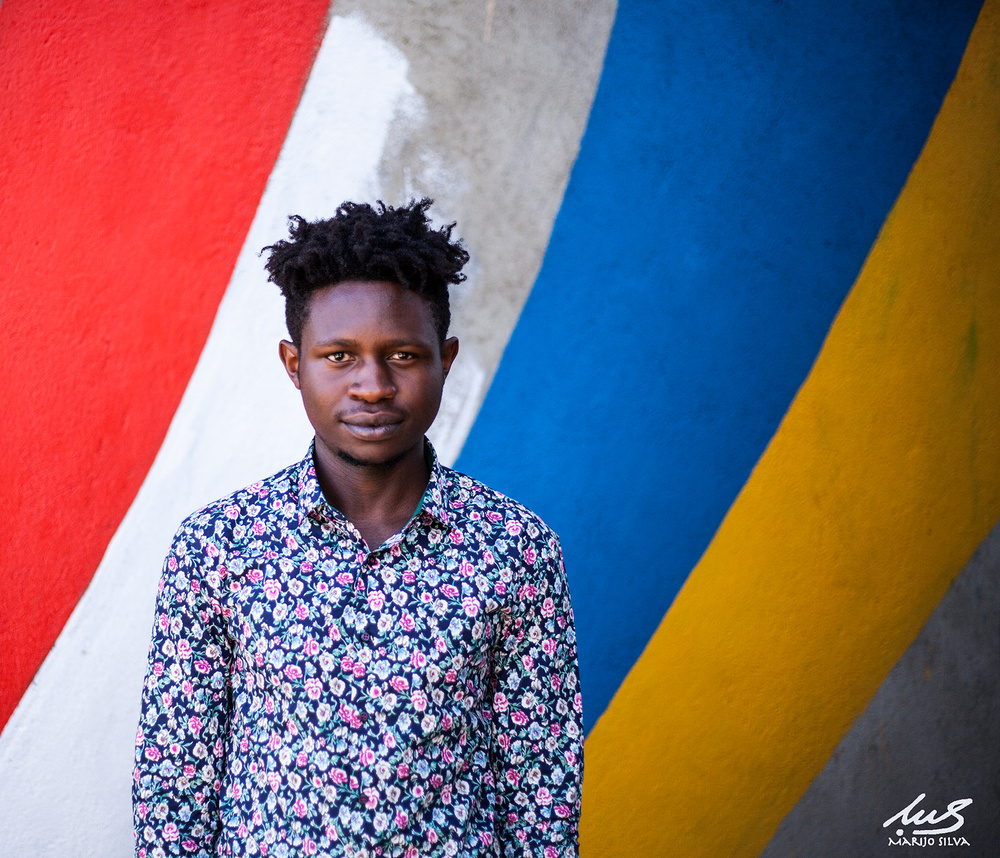 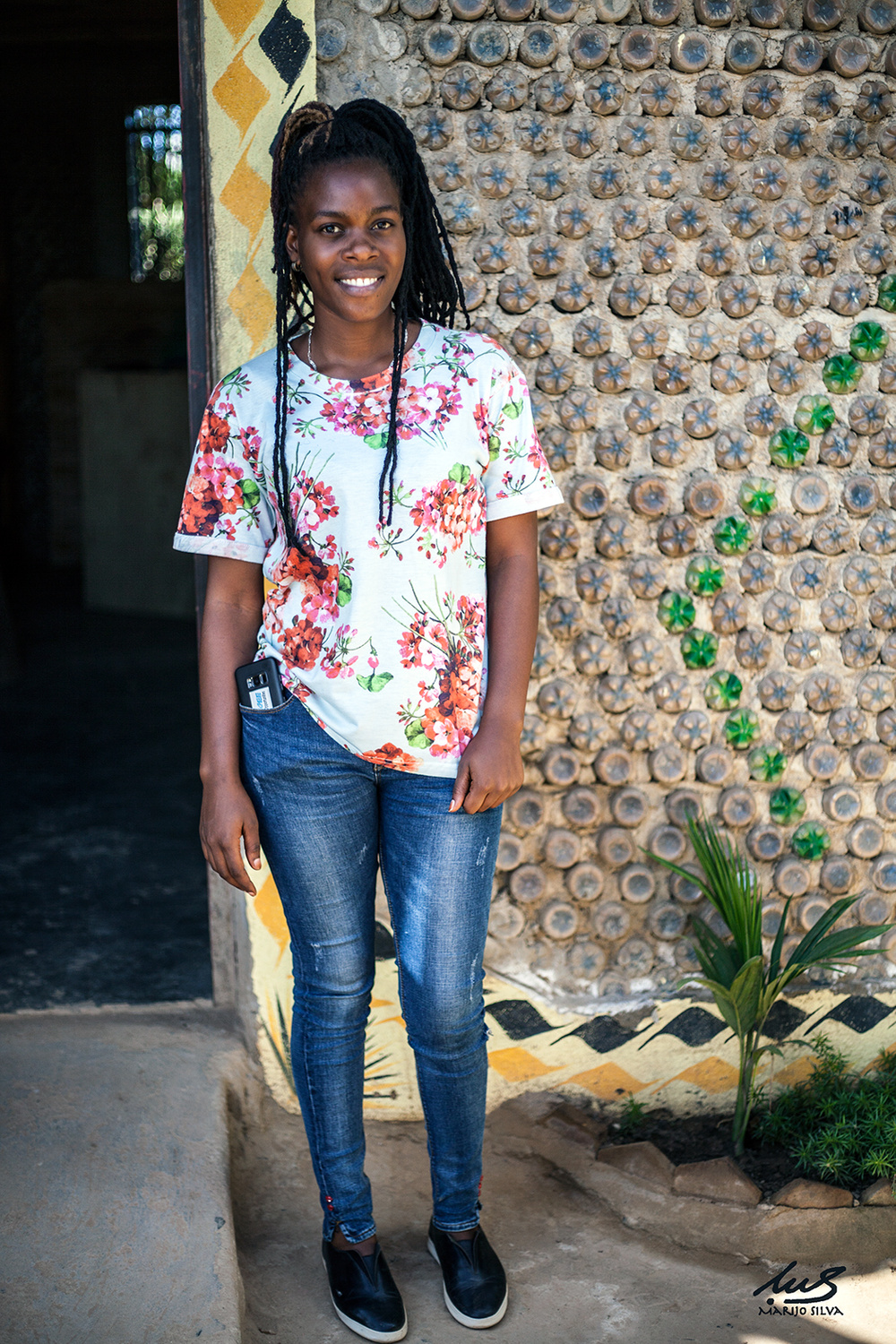 These hubs want to link Nakivale’s entrepreneurs to the international market. They provide them with tools and resources to use the internet and to connect with companies such as DHL. Just last month, Promise Hub inaugurated their sustainable headquarters in Nakivale: a residence built entirely with plastic bottles. 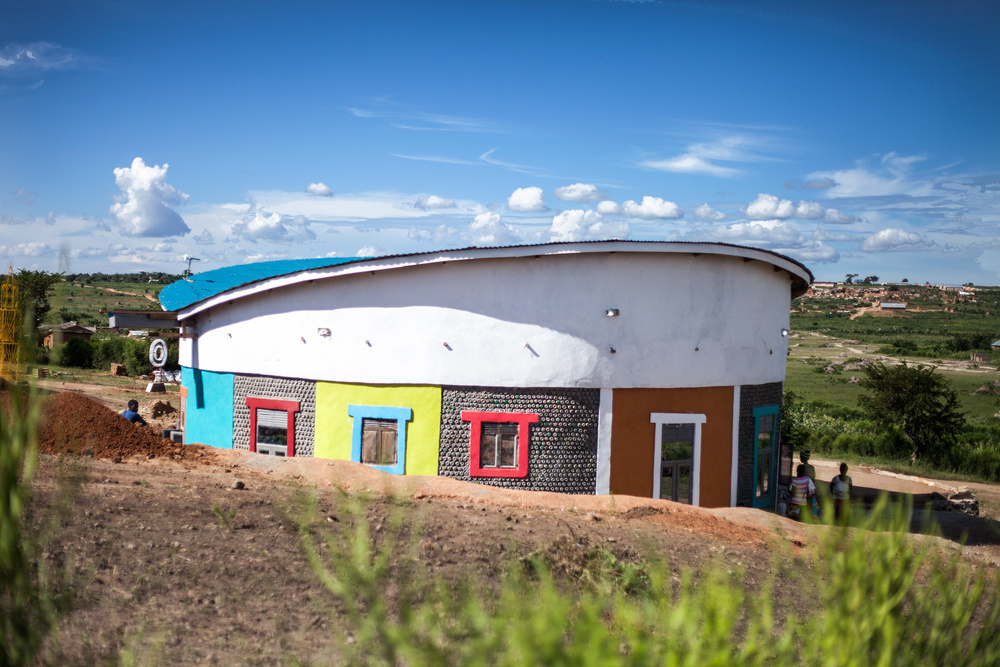 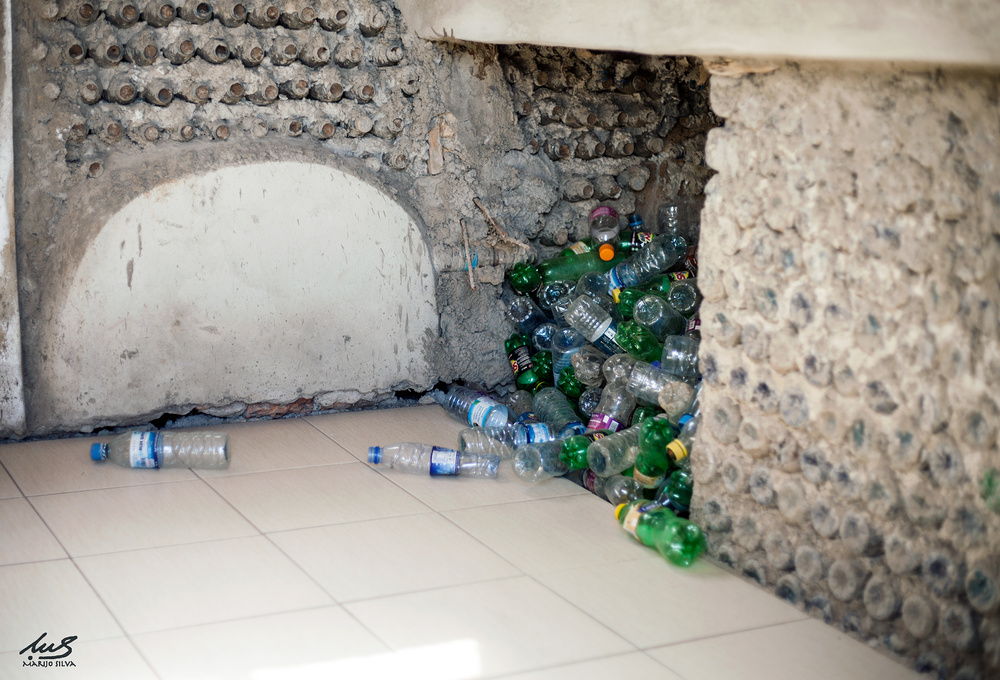 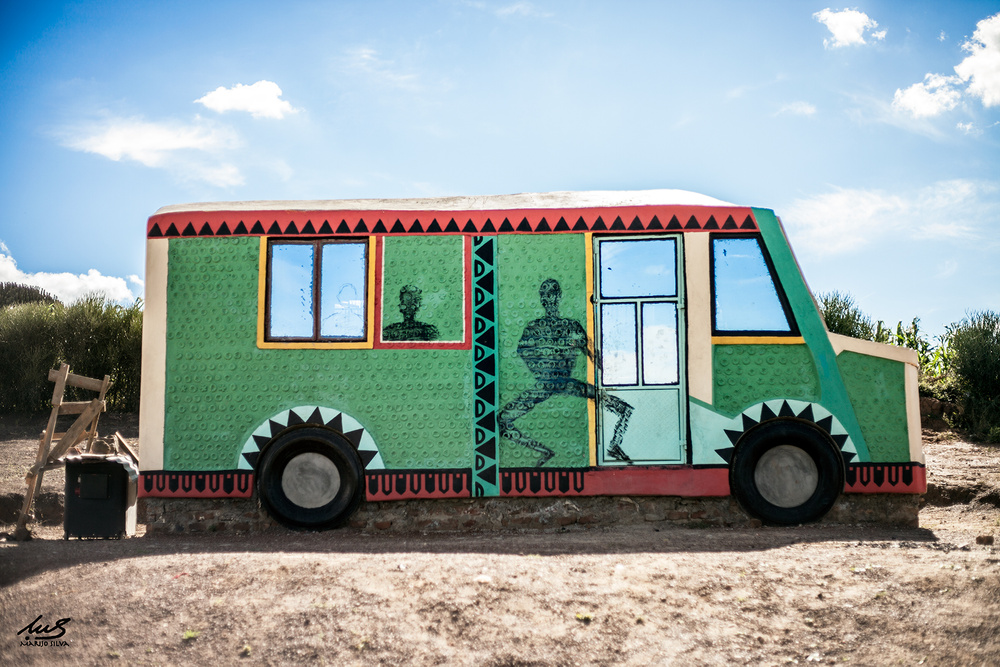 So, why are there so many grassroots organisations and why do they promote entrepreneurship so much? The first answer is a lack of jobs inside the settlement. Although Nakivale has been described as a full economy, survey data we collected plus extensive qualitative interviews seem to contradict this view (more on our research project soon). 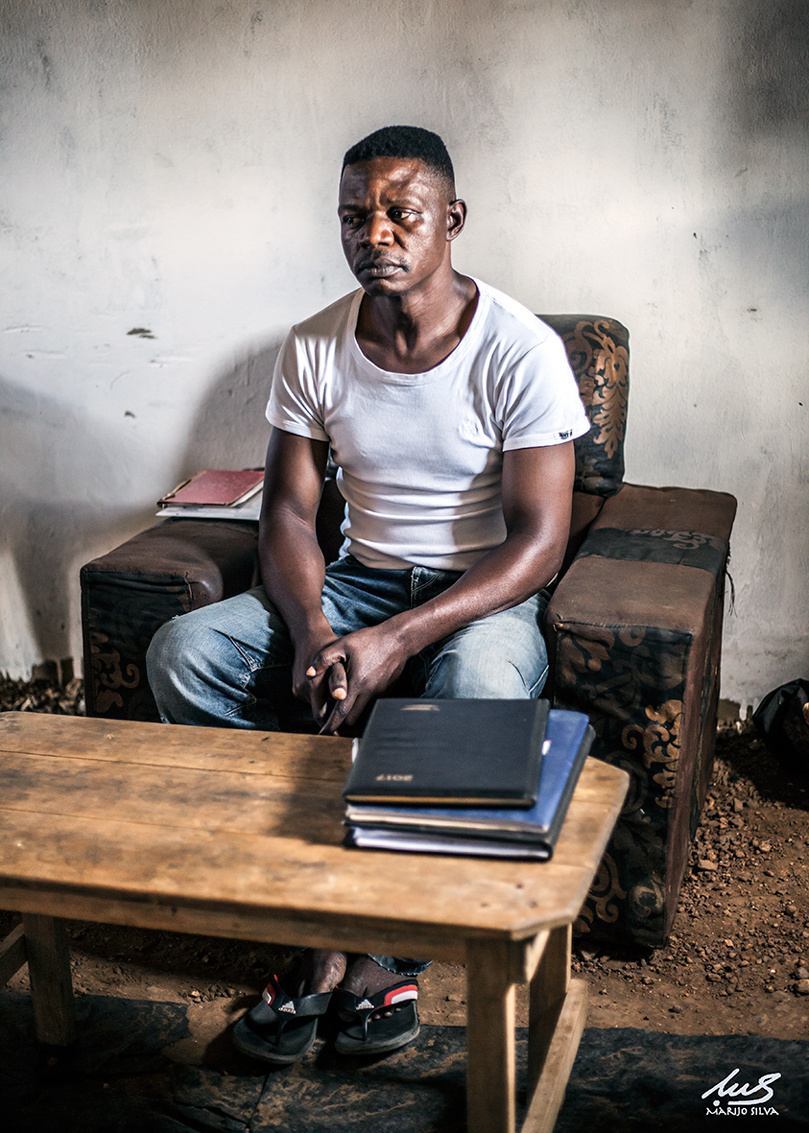 Another grassroots organisation leader at his home 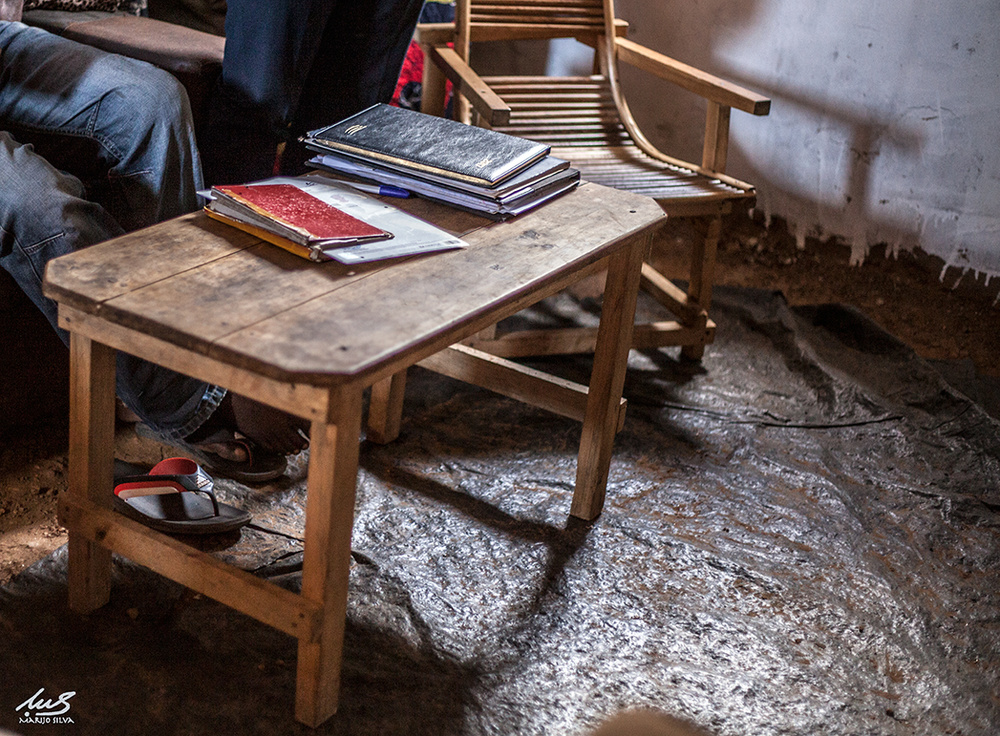 Another important reason is that Nakivale is quite isolated from the nearest towns, and transportation costs are high. Plus, lack of connections with the national labour market and information on how it works, limit refugees from looking for jobs outside the settlement, even if the policy allows them to do so. 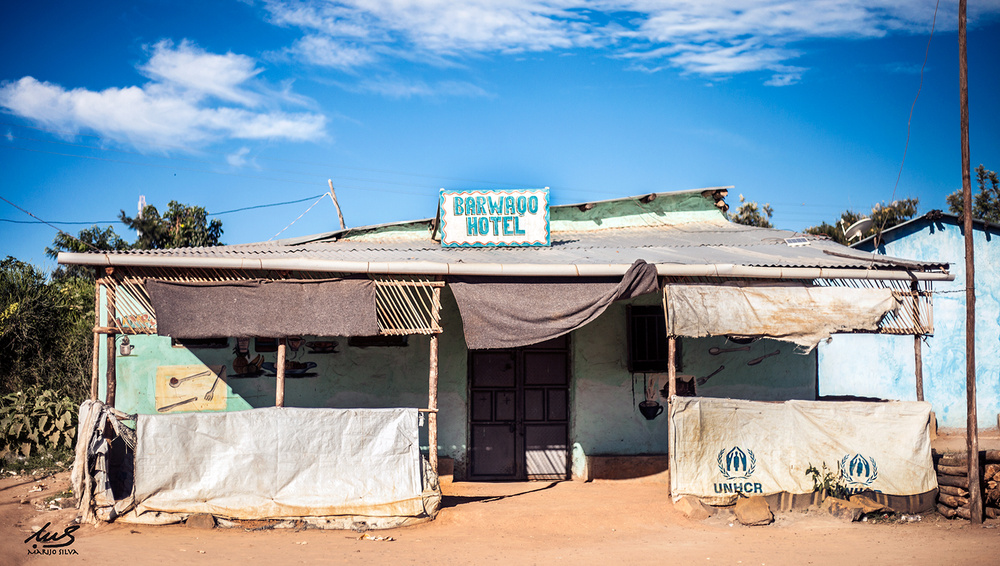 A Somali hotel re-using the UNHCR tents as walls.

We left the settlement with many questions but one certainty: governmental agencies and international organisations that are in charge of the refugee response in Uganda should go to these settlements, sit with these leaders and organisations and listen to their suggestions. They know what is happening inside the settlements and what could be done to improve them.

This article was originally posted on marijosilvaphotography.com.
Read the original article.

About the Author
Mariajose is a PhD Fellow at UNU-MERIT. She is interested in using field experiments (randomised control trials and behavioural experiments) to help answer economic and policy questions in developing countries. Before joining UNU-MERIT, she worked in Uganda and Tanzania for three years managing impact evaluations for the World Bank and Innovations for Poverty Action.
Share this page