Trade war with the United States: A positive outcome for Europe?

by Luc Soete
Americas, economics, Europe
Comments are off 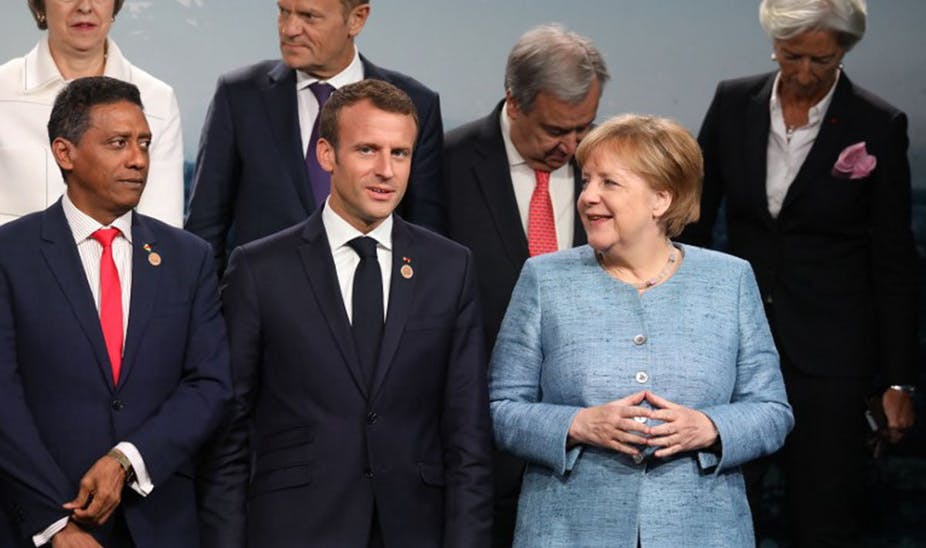 Since the beginning of this month, European, Canadian and Mexican steel and aluminium are now also subject to import tariffs in the US of 25% and 10% respectively due to so-called “national security” concerns. It is not as yet a trade war but if the unilateral measures of the United States are not lifted in the coming weeks, a series of countermeasures from the EU, Canada and Mexico are likely to be introduced. And after the G7 fiasco in Canada, it has become rather clear: a trade war is in the making.

In the case of Europe, the proposed counter measures are relatively minor: in the words of Cecilia Malmström, the EC Commissioner for trade: “rebalancing” measures whereby, on a limited number of typical American products: Harley-Davidson engines, jeans, Bourbon Whiskey and peanut butter additional import tariffs will be levied that will generate more or less the same amount of the import duties the United States is now collecting.

By contrast and probably also more out of frustration, Canada and Mexico plan to strike back in a stronger way because the new US import tariffs totally undermine the principles of the North American Free Trade Treaty (NAFTA) whose renewal is currently the subject of debate. For both countries, the grapes are sour: the US measures make rather clear what the American president, Donald Trump means by “America first”. No more multilateral trade agreements but bilateral trade agreements in which the US can now put its full economic and political power in the balance.

Europe given its size in international trade is in a stronger position than Canada and Mexico. The European Commissioner can afford to be relatively more relaxed, but is rather more concerned about the US response. The next “America first” measure from Donald Trump could indeed be the imposition of high import tariffs on European and especially German cars. At present, import tariffs of a mere 2,5% are levied in the United States on European cars, whereas Europe levies a 10% tariff duty on American cars. And whereas Europe exports $6 billion of steel and aluminium to the US, it exports around $50 billion worth of cars to the United States.

Protectionist trade policy is typically dominated by “tit for tat” retaliation where the intention is to choose the products on which additional import duties are being levied so as to cause as much damage as possible to the foreign producers and as little as possible to domestic producers and consumers. That is why there is a preference for end products and not so much for raw materials and intermediate goods, the taxing of which does typically more harm than good to one’s own economy. Trump’s choice for steel and aluminium does not seem to be motivated by much economic logic. His possible reaction to European countermeasures with additional import duties on European cars all the more.

What should Europe do?

One logical line for European countries would be to invoke just like the US administration did, national security concerns for imposing countermeasures. Think of additional tariffs on the import of the more polluting US goods that jeopardise the reduction of CO2 emissions in Europe as agreed in the Paris climate agreement. For example: coal, “clean coal” in Trump’s words.

In 2017, the US exported some 40 million short tons of coal to Europe, 13 million more than in 2016. Europe now even accounts for 40% of total American coal exports. At the same time, US industry is consuming less and less coal. In short, the US is increasingly exporting CO2 to Europe by means of coal exports while it is seeing its own CO2 emissions reduce as a result of reduced coal use.

Sufficient reasons, it seems for Brussels to start reflect on raising a similar heavy import tariff duty on American coal in the next retaliation phase; politically also a rather attractive countermeasure given Trump’s strong support of the US coal industry. Europe will of course also pay a high price, given the fact that import duties will now be levied on an energy raw material. As one of the most important European transit ports, Rotterdam e.g. imported nearly 10 million short tons coal from the US in 2017. A substantial part of that coal went to the five coal-fired power stations in the Netherlands. With a hefty import levy, the energy price will as a result further increase in both The Netherlands as well as the rest of Europe.

But insofar as electricity produced from coal emits about 1,000 grams of carbon per kilowatt hour, oil 900 grams, natural gas 580 grams, solar power 19 grams and hydropower 15 grams, a higher coal price would actually be good news for getting a more rapid transition toward the often more expensive alternative energy sources. It is effectively something we have all been waiting for.

Thanks to Trump, Europe has now a unique opportunity to start levying heavy import duties on American coal as a WTO retaliation measure. Trade wars can have positive outcomes.

Education for all: How education opportunities can increase aspirations of young people in Colombia

How can policymakers and institutes influence marine fisheries and protect ocean biodiversity?