Time for the wind to change: One-on-one with Franziska Gassmann

by UNU-MERIT
Europe, Maastricht University, social protection
Comments are off 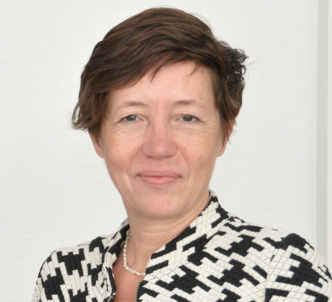 Franziska Gassmann hails from Switzerland but has lived in the Netherlands for thirty years and is allowed to vote in both countries. She enjoys the Dutch political debates, but is mystified by the Participation Act or the Dutch version of referendums, among other things. “In Switzerland, referendums are our life, so to speak! And if you don’t vote, you don’t get to complain.”

Research into the low end of the socioeconomic spectrum

“My research is about the low end of the socioeconomic spectrum. Poverty: What does it mean? How do you measure it? And what policies should you use to effectively reduce it? My focus is primarily abroad—Eastern Europe, Asia and Africa. But I also do research in the Netherlands from time to time. For example, I supervised a PhD candidate who was researching the Participation Act at the social services office in Maastricht.” This law, which was introduced in 2015, aims to help people with an occupational disability or those receiving welfare benefits to find a job. An evaluation by The Netherlands Institute for Social Research last year showed that it was not successful in this.

Gassmann had her reservations about the Participation Act from the start

“When it was introduced, I thought, ‘The Netherlands—what on earth are you doing?’ There are so many assumptions in that Act that are very paternalistic: ‘We know what citizens need’ and ‘It’s your own fault if you’re on welfare and we’re going to tell you what you have to do’. The research showed that mandatory participation did not improve the chances of employment for the target group in 2019, although some people liked having more structure through the voluntary work they had to do.

More at the heart of her own research is development aid to poor countries. “My great frustration is that Dutch development cooperation is mostly about food security, water, healthcare and governance. These are areas in which the Netherlands is strong and which are certainly important. But social protection—which in the Netherlands is the pension and benefits system, for instance, the AOW and so on—the Netherlands does little about, in contrast to many other countries. However, there is a great deal of academic evidence that this works in poor countries.”

Last February, Gassmann was interviewed by the Advisory Council on International Affairs, which advises the government and parliament. “They are looking into ‘cash transfers’ as policy option, so slowly there seems to be an opening. But after the elections we will again have another new minister, then we will have to see what happens.”

The balancing act between science and elections every four years

Among other things, she conducted research in Cambodia on the returns of investing in social protection. “Based on the policy we simulated, after twelve years you would reach a kind of break-even, whereby the returns exceed the costs. That in itself is not too bad, but when you consider the political cycle, it’s too long.” The fact that a different wind blows, or can blow, every four years in Dutch politics seems to be a limiting factor for the pursuit of evidence-based policy. “You would like politicians to go for the long term, but that’s not the nature of the beast. Because elections come around every four years, they have to show what they have achieved within that timeframe. From a scientific point of view, perhaps a longer term would be better. But at the same time, I think it is good that as a citizen I can say what I think every four years.”

It’s time for the wind to change

In the current elections, she expects the VVD to again emerge from the ballot box as the largest party. “Though, in my opinion, we do need change. A different way of leading than that of Mark Rutte would be nice by now—a bit more empathy.” She references the benefits scandal, as well as the Participation Act, as examples of a tough political atmosphere, which has had severe consequences for individuals. “And in my opinion, that’s brushed aside a little too easily.” She hopes that the next cabinet will look at the tax system. “It needs to be revised; every few years you have to clean it up and start with a clean slate. Our tax department collects money with one hand and distributes money with the other; I think that leads to a conflict of interest.”

Enjoying political debates and filling out the StemWijzer

When she came to the Netherlands for love thirty years ago, she was pleasantly surprised by the political debates prior to elections. “In Switzerland, you don’t have that. There is a consensus government that has had the same composition for a long time. I found the livelier debates and discussions here super interesting and exciting.” Since she acquired the Dutch nationality, she faithfully casts her vote here as well. “I am, like most people I think, fairly loyal to a political party, although I also think strategically sometimes. I always do the StemWijzer (voting guide) and I read two newspapers and follow the news. I find it very interesting that there are now three women who top the candidate list of a major party.”

Swiss referendums versus the Dutch version

These days, she only exercises her Swiss voting rights when it comes to very big or emotionally-charged issues. She gives referendums on the EU and Switzerland as an example. These referendums are a completely normal phenomenon in her home country. Anyone who collects enough signatures can put an issue to the vote. Every law that the parliament adopts, can still be put to the people by a political party in the form of a referendum. “Referendums are our life in Switzerland, so to speak”, she says, laughing. “That’s how I grew up. You get a small brochure that contains the text of the law, along with the arguments for and against, as well as who is in favour and who is against, and then you have a good summary. It’s also discussed extensively in the media, so you can make up your own mind about it. And if you don’t vote, you don’t get to complain.” When it comes to the sporadic Dutch referendums, the results of which are sometimes disregarded by the government, she shrugs her shoulders in bewilderment. “If you hold a referendum but don’t implement the outcome, you’re better off not doing it. Then people won’t vote the next time.”

Adapted from an article by Femke Kools on the Maastricht University website. Read the original article.