Stopping coronavirus – what does the evidence say are the best measures?

by UNU-MERIT
Asia, Europe, global health
Comments are off

A joint post by Claudia Abreu Lopes and Sanae Okamoto

The new coronavirus disease (COVID-19) has been spreading rapidly but at a different rate in different countries. A variety of emergency responses and policy strategies have been implemented with varying outcomes so far.

The Asian countries and territories that were first hit by the outbreak have built on responses to previous epidemics such as SARS. Other countries are learning from this but also adopting their own strategies.

It’s possible there is no best strategy that works for everyone, as measures will have different results in countries with different political and health systems, social norms or operating procedures. There also seems to be a lack of consensus between various experts and governments as to what will work best, partly thanks to the limited evidence. However, there have been a number of new studies that give us some indications.

One of the first measures many countries try to prevent the disease reaching them but also to limit its spread after it is established, is to ban travel in and/or out of a region. A study on restrictions in Italy showed they reduced travel by 50% in affected regions after three weeks.

A global analysis that modelled how travel restrictions have affected transmission revealed that a travel ban in Wuhan delayed the inevitable epidemic progression by only three to five days in Mainland China. But travel restrictions were effective in reducing international transmission by nearly 80%, suggesting that such bans can be effective when paired with other interventions.

One strategy that does seem to be effective at interrupting the transmission of the virus is social distancing, minimising social contact by limiting public gatherings and getting people to stay in their homes unless necessary. We have seen evidence for this in the slowdown of new cases in China and South Korea, as well as the relatively low numbers of cases in Hong Kong, Singapore and Taiwan.

European countries have learned the hard lessons from the rapid spread of the virus in Italy and are implementing social distancing measures in the first stages of the outbreak. This includes the UK, which has ramped up the limited measures it introduced initially. But there are ongoing debates over whether social distancing should be encouraged or enforced, and whether social isolation should apply to the whole population or the groups most at risk.

These options reflect two main approaches: mitigation and suppression. These have been modelled in a report by the scientists from Imperial College London advising the UK government on its approach. The aim of mitigation is to delay the spread of infection to avoid a large peak in healthcare demand that could overwhelm the health system.

This was the UK’s initial strategy, which involved encouraging those with symptoms to stay at home, and testing and treating only those with moderate or severe symptoms. It is only likely to work in countries with very robust health systems that can cope with a surge of mild and severe cases. But the Imperial report showed that the UK’s National Health Service (NHS) would still be overwhelmed by pursuing mitigation, and that suppression would be better to reduce the number of deaths both from COVID-19 and other causes. 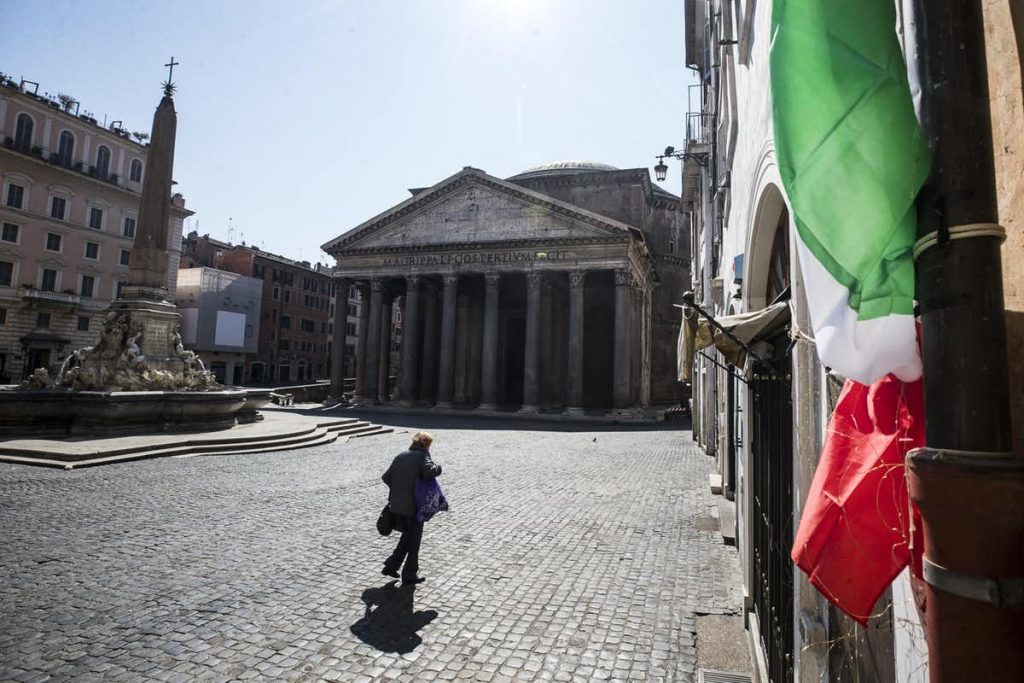 Suppression consists of halting the progression of the pandemic in a shorter period, keeping the total number of cases very low. It involves more extensive social distancing even among those at low risk from the disease, banning public gatherings and potentially closing schools and other public venues. This can be done on a voluntary basis or with an enforced lockdown, as has been implemented in parts of China with a positive outcome.

But there are other factors to consider besides the effect on the spread of disease. Women may be more vulnerable to the infection given the fact they make up most of the health workforce. School closures may force health workers and other essential personnel to stay at home to look after their children. Children from low-income families will not have the same resources to learn.

Lockdowns may trigger or aggravate mental health problems. People living with depression and anxiety will suffer from withdrawing social contact and psychotherapy. Elderly households will be isolated. Victims of domestic violence will be confined to the same space as their aggressors.

Evidence from China suggests that suppression is possible in the short term without a massive increase of cases after the measures are lifted (at least so far). It remains to be seen what the optimal duration of lockdowns should be and whether it’s possible for suppression measures to work consistently or even be kept in place for longer.

It is possible to pursue a combined strategy of intermittent social distancing, guided by changes in the spread of the disease. This involves relaxing restrictions for short periods and observing the effect. If the number of cases rebounds, suppression measures need to be reintroduced. This could help prevent people from becoming so psychologically fatigued by the restrictions that they start to ignore them, although behavioural scientists have argued there’s no evidence for this problem.

One final element that South Korea’s success in limiting the spread of the disease suggests is essential is the testing of suspected cases. Evidence from one of the initial clusters of COVID-19 in Italy supports the idea that widespread testing coupled with quarantining sufferers can significantly reduce the number of people infected and halt the disease progression.

Without working out who has the disease and ensuring they self-isolate, it’s much harder to break the infection chain. The World Health Organization is encouraging widespread testing, but many scientists disagree because testing everyone is unnecessary, could induce a panic and raises the question of how to counsel patients about their result.

There is also a shortage of test kits in certain countries and screening capacities are stretched in countries with many cases. Not only does this make stopping the spread of the disease difficult, but it also means less accurate evidence about whether measures are working.