by UNU-MERIT
EU, MPP, space
Comments are off 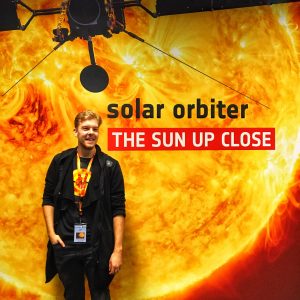 We often hear about plans to colonise Mars or return to the Moon, to be achieved in a seemingly distant future like 2030 or 2050. My visit to the 12th European Space Conference in Brussels on 21-22 January 2020 made me realise however that space is actually at the centre of strategic debates happening right now and that it offers many prospects for today’s policymakers.

“From a geopolitical point of view, space is the new frontier of global politics,” said Josep Borrell, EU High Representative for Foreign Affairs and Security Policy and Vice-President of the European Commission, in his opening talk. “This makes it entirely justified to use the word ‘strategy’ with regards to space.” His message was echoed in numerous speeches from other officials and politicians throughout the conference, proving that space is very much on the agenda of the European Union.

But what is so valuable about space for Europe? We can highlight at least four domains:

Security: “Satellites can be hacked, jammed, or weaponised, and anti-satellite weapons could cripple communications. It is therefore important that we are vigilant and resilient – also in space,” said Lieutenant General Scott Kindsvater, Deputy Chairman of the NATO Military Committee. In line with this approach, NATO Secretary General Jens Stoltenberg announced that NATO countries were planning to form a defence network in space, although he added that would not include any weaponry in space.

Another big topic on the European security agenda concerns space pollution. While the EU is fighting pollution here on Earth, there is another kind of pollution in Earth’s orbit –  space debris. Put simply, many small pieces of broken satellites are causing a tremendous ongoing threat to operational satellites. The main goal of policymakers in this field is to develop a space traffic management plan, to ensure that there is enough room for every nation in Earth’s orbit and to stop the spread of debris. 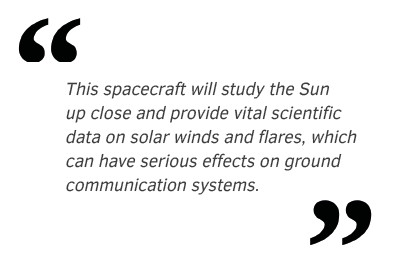 A third important area of defence activities consists in monitoring threats that are coming from space (no, not aliens). Asteroids and solar flares constitute threats that can cause huge damage to Earth and our infrastructure, and therefore should be managed. This explains the launch in early February of the Solar Orbiter satellite mission, by the European Space Agency and NASA. This spacecraft will study the Sun up close and provide vital scientific data on solar winds and flares, which can have serious effects on ground communication systems.

Communications: Thanks to projects like Copernicus and Galileo, Europe possesses an extensive system of fast, efficient and reliable communication networks. At the conference most of the discussions revolved around this topic, which stirred a sense of pride among many of those present. Unlike long-term space exploration missions, which can take several years to show results (if any), space projects like Galileo have more short-time outcomes. This makes them much more attractive to politicians – especially when have to justify their records ahead of new elections.

Science: From increasing our understanding of the universe with projects like Cheops, LISA, and MarsExpress to missions like Sentinel, which provide us with data about climate change on Earth, space science plays a crucial role in many domains. Although scientific exploration seems like a remote topic for policy, the results of this scientific ‘pillar’ depend on effective decision-making processes.

Economics: While the space industry was mainly driven by governments back in the 1960s, today numerous private actors are coming to the stage. This means that space is no longer a black hole for tax expenditures, but instead has become a promising source of revenues. Helene Huby, Vice-President of Orion ESM at Airbus Defence & Space said that “science and exploration represent a €20 billion market, the main fuel of which is human transportation”. She added that “science and exploration represent approximately 20% of Airbus’ €3 billion turnover in space activities”.

At first sight, the economic implications of space activities seem remote. But on closer look, one can think of many opportunities in the future. “Despite challenges, space creates opportunities for growth, competitiveness, and sustainable business models,” said Daniel Calleja Crespo, Director-General for Environment at the European Commission. To this we can add rockets and satellites built by private actors, asteroid mining and sub-orbital rocket flights from New York to Beijing in 30 minutes!

I am not a rocket scientist. But since childhood I have always been a space enthusiast, looking for a way to play a role in space exploration. Thanks to today’s level of technological development, one can apply almost every skill to space.

For my Master’s thesis, I am currently investigating cooperation gaps in the decision-making process in the space sector. My research project has already enabled me to meet many inspiring people, including Andrea Accomazzo, Rosetta’s flight director, to witness the Solar Obiter satellite launch from ESA’s mission control centre and even to learn some internal ESA’s space memes. By trying to apply my early knowledge of public policy to space policy, I am already starting to fulfil my childhood dream.

As an under-explored area of governance, space requires bright minds to find a way through challenges and to bring humanity to policy places where no human has stepped before. I hope to see myself and you out there, some day!