by UNU-MERIT
Maastricht, MPP, public policy
Comments are off 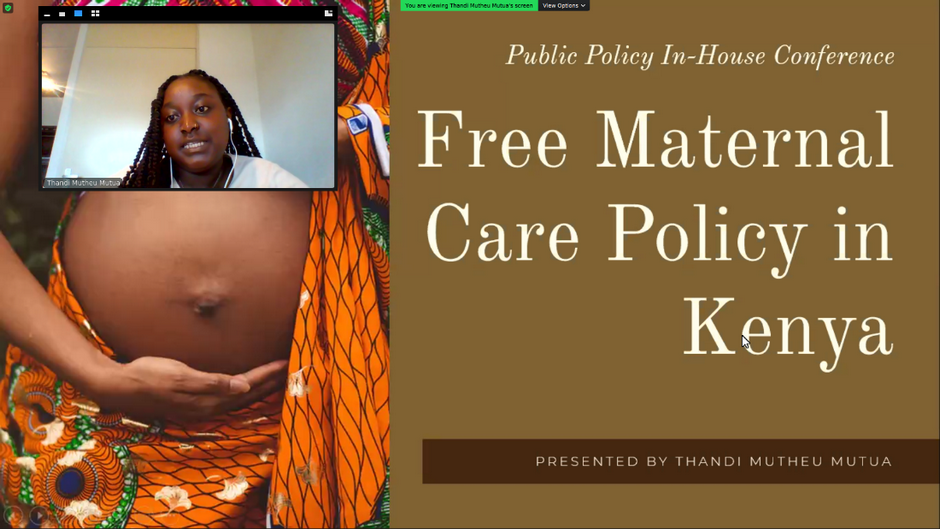 A post by Kim Graves, Student Assistant to the MPP Programme Director

On 3 November 2021, students of the Master’s of Science in Public Policy and Human Development (MPP) presented papers that they had written for their Public Policy course. Their papers variously analysed the influence of civil society in the policy process of a selected county and on a selected policy problem, and the event aimed to encouraged open debate.

Dominique Zohren presented first, with Mimoun Berrissoun acting as discussant. Dominique presented her paper on the deportation process of Afghan refugees from Germany. The paper painted a grim picture of the situation for Afghan refugees in Germany, where among the parties involved, the refugees unfortunately have the least amount of power in the asylum process. Dominique highlighted the importance of the role of the NGOs in lobbying for the disadvantaged group. During the discussion, Mimoun focused the discussion on accountability for mistakes made by policymakers in the process. The discussion ended with a positive message by Mimoun: Let us stay positive and try to make a change! 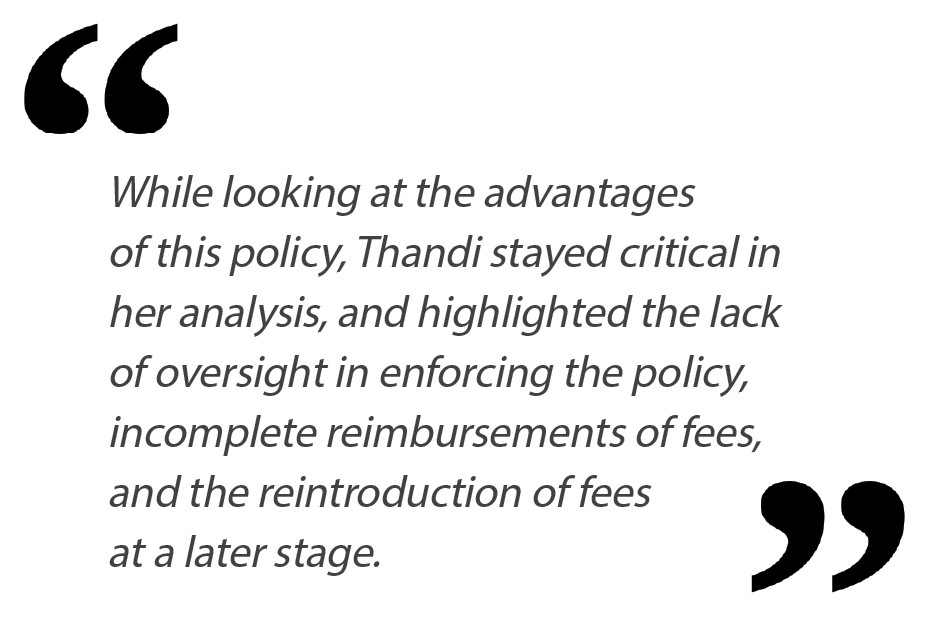 Thandi Mutheu Mutua followed in the presentations, with Philip Bonera Bananayo as discussant. Thandi presented her research on a policy introduced by the Kenyan government, which has abolished fees for maternal care in medical facilities. While looking at the advantages of this policy, Thandi stayed critical in her analysis, and highlighted the lack of oversight in enforcing the policy, incomplete reimbursements of fees, and the reintroduction of fees at a later stage. The discussion that followed focused on the role of civil society in monitoring the public policy, before ending with a note on the importance of maternal care policies for the development of societies in the long term.

Elliot Greenman presented third, with Tiara Polite as discussant. Elliot introduced his research on the involvement of civil society in the Dakota Access Pipeline Crisis. He noted how the Standing Rock Sioux Tribe had the most to lose in such an infrastructure project, yet found itself with the least amount of power and thus at the bottom of the policy ‘food chain’. When evaluating the outcome of the crisis, Elliot argued that it is counterproductive to look at the outcome of the crisis through the lens of winners and losers, but should instead be evaluated in terms of what the tribe was able to achieve, and how it managed to foster public indignation through its small portfolio of resources. The discussion focused on US energy politics and its impact on the relationship between the US government and Native American tribes.

The conference ended with a presentation by Francisco Mango, with Pedro Miguel Nobrega Lopes Pinto as discussant. Francisco presented his work on the role of small animal rights and environmental groups in the trade agreement negotiation between Argentina and China. Francisco explained this puzzle by adapting Kingdon’s multiple streams approach to hyper-presidentialism democracy. Francisco included his experience in trade to explain how different conditions led small NGOs to be successful in influencing the policy process.

Two hours can fly by like 10 minutes when you have a good time! During the Public Policy In-House Conference 2021, students showed their academic research skills and their dedication towards the value of open debate to reflect on policy problems.