‘Public policy beyond borders’ – What lessons did we learn?

by UNU-MERIT
APPAM, international development, public policy
Comments are off 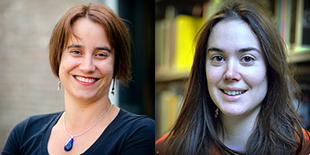 ‘Public Policy & Governance Beyond Borders’ was the guiding theme of the international conference of the Association for Public Policy Analysis and Management (APPAM), held in Brussels on 13-14 July 2017. In this fifth  post in the series, Dr. Mindel van de Laar and Ayla Bonfiglio ask how the event contributed to our understanding of global public policy.

As academic co-hosts of the APPAM International Conference 2017, we enjoyed rich and varied interactions with both researchers and policymakers alike. But the question remains: what exactly did the event contribute to our understanding of public policy beyond borders?

Let us begin with APPAM itself: although APPAM is an international public policy and management organisation, it focuses on policy issues within the United States. This is not surprising, given its history and the fact that its headquarters are in Washington, D.C.  Moreover, most public policy schools are based in the US, and most APPAM members are either US nationals or working in US higher education institutions or policy organisations.

Approximately one year ago, we were asked to design an international conference proposal for the APPAM community. Unsurprisingly, our starting point was to focus on the ‘international’ element in the broadest sense. However we wanted ‘international’ to mean much more than simply being held outside of the US. We wanted to host a truly diverse and multinational group of participants who would spend two days debating global public policy-relevant topics, drawing on cases from all over the world.

Our conference theme – Public Policy Beyond Borders – explicitly invited researchers, policymakers and practitioners to submit contributions on globally-relevant issues: from poverty, migration and refugee flows, to health care, education and peacekeeping. As a testament to the global relevance of these topics, researchers from all over the world responded to the call for papers. In total, the conference was attended by 200 participants, of which about a quarter were policy students – mostly PhD candidates. The remaining 75 per cent of attendees were a mix of academics, policymakers and practitioners, including government employees, think-tank researchers, NGO representatives, etc. 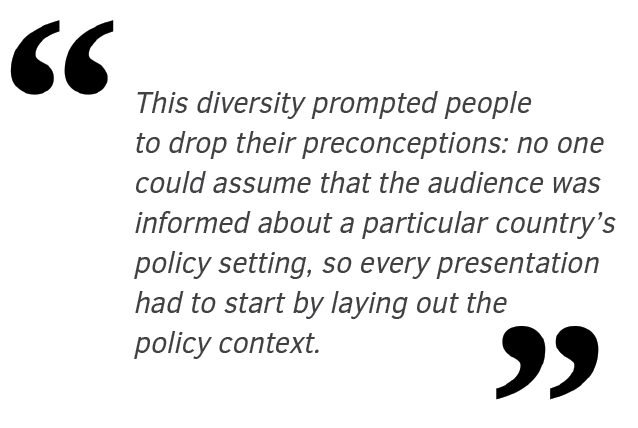 In general APPAM international conferences attract about 60 per cent US participants and 40 per cent from other nations. Our Brussels conference featured participants from 31 countries, spread across all continents. Moreover, in a reversal of past trends, 40 per cent of our participants were from the US and 60 per cent were nationals from other countries. This diversity prompted people to drop their preconceptions: no one could assume that the audience was informed about a particular country’s policy setting, so every presentation had to start by laying out the policy context.

Conference themes covered major issues and debates on the global public policy agenda. Examples include a session on the consequences of conflict in Afghanistan, Honduras and the Arab World. We saw papers on poverty in Uganda, the US, Zambia, OECD countries and low income countries. Further, within the migration and refugee research theme, we had presentations on Asia, Argentina, Syria and the EU, to name but a few, examining issues related to the so-called ‘migration crisis’, migration and the Sustainable Development Goals (SDGs), and contemporary migration and asylum policies.

With various researchers, policymakers and practitioners presenting their policy issues from different countries or regions, the conference took on a truly global perspective. However, the policy issues presented in many of these papers did not always discuss policies that span international borders and require international cooperation. As Diane Long, in her talk on Intellectual Currents in Global Policy Studies rightly questioned, “What does global really mean, when talking about global policy?” Her study showed that public policy journals often do not adequately cover global policy in a meaningful way, and that institutions more often focus on domestic / nation state policy. There are some exceptions, but this bias in research leaves the nation state’s interests and policy solutions at the centre of our research – such that global policy interests and interactions remain understudied. It is exactly this global policy perspective and global policy studies that we aimed to highlight with this conference.

The case for global policymaking 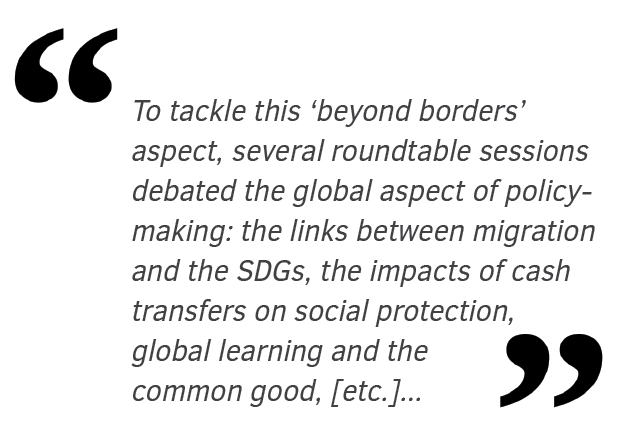 To tackle this ‘beyond borders’ aspect, several roundtable sessions debated the global aspect of policymaking: the links between migration and the SDGs, the impacts of cash transfers on social protection, global learning and the common good, higher education e-learning including global citizenship and cultural diversity, and the potential for a global agreement to reduce divisive stereotypes in education. All sessions moved beyond case-specific examples and distilled learning beyond borders — and our plenary sessions took this to new heights.

The first plenary session, on the effectiveness of migration policy, argued that there is no way to tackle the issues within the migration field only at national level. International migration by default requires more nations to be involved, as issues necessarily reach beyond the scope of one single country.  As was firmly stated, migration will not go away. There will always be forced migrants and refugees that seek safety, just as there will always be a need for skills and capacity found only outside of one’s country. Aligned policy – beyond borders – is therefore needed.

The second plenary session, on how to end poverty in all its forms everywhere (SDG#1), maintained that key policy challenges stem from a lack of global policies. With the UN SDGs being set globally, countries accepted global challenges that we need to face. Each country could aim to reach their own targets – yet if we do not make global progress on the SDGs, individual nations’ efforts may be futile, negligible or meaningless. Projections and research show that with current efforts, poverty will not be eradicated by economic activity alone; thus social protection policies will be needed to support the poorest and ensure decent living conditions for all. This session further argued that facing this public policy problem at the supranational level requires not only debate and negotiation, but also action!

So, where does this leave us? We hope this conference shows that topical and thorough public policy research can be found all around the globe. Going further, greater global involvement in APPAM by researchers, policymakers and practitioners as well as institutions, will only add to the already academically rich and diverse APPAM community and will, in return, add value to international researchers, practitioners and institutions.