Peacebuilding from the ground up: UNU Policymaking Simulation 2019

by Diego Salama
MPP, peacebuilding, SDG16
Comments are off 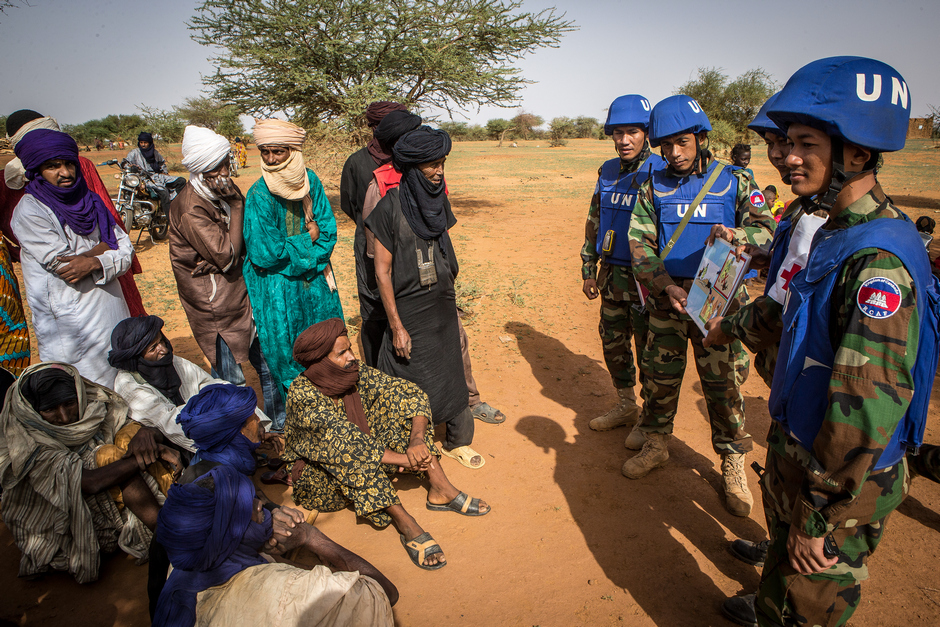 Civilian-military activities carried out by the MINUSMA Force for the benefit of the population in Mali.

Peacebuilding is an arduous challenge — one that demands creative and comprehensive solutions. ‘Solutions’ that are all too often built on sand. ‘Solutions’ that are only really sustainable when built inclusively, from the ground up, with various actors. In April 2019, UNU-MERIT joined three sister institutes to lead a training event aimed at future policymakers, focusing on how best to tackle the challenges of long-term peacebuilding — all in support of SDG16 for Peace, Justice and Strong Institutions.

Continuing a partnership with UNU-CRIS in Belgium, UNU-EHS in Germany and UNU-IAS in Japan, UNU-MERIT co-designed and -delivered the second edition of the UNU Simulation Game. This two-day event was held in Maastricht and brought together some 50 graduate students from across our unique, global university.

This year the students replicated the work of the United Nations Peacebuilding Commission (UNPBC) — one of the most interesting and diverse UN bodies for at least two reasons. First, as an intergovernmental advisory body, it provides advice to both the UN Security Council and the General Assembly while supporting long-term peace efforts in countries recovering from conflict. In other words, the Commission can be a bridge between these two key bodies.

Second, its membership is rather diverse, as members are neither elected nor appointed by just one body or according to one criterion. The General Assembly, the Security Council and the Economic and Social Council each elect seven members. In addition, the top five providers of assessed contributions to UN budgets and the top five providers of military and civilian police to UN missions automatically gain a seat. All members serve for two renewable terms. For our simulation, a number of international organisations, UN Agencies and observer countries were added. 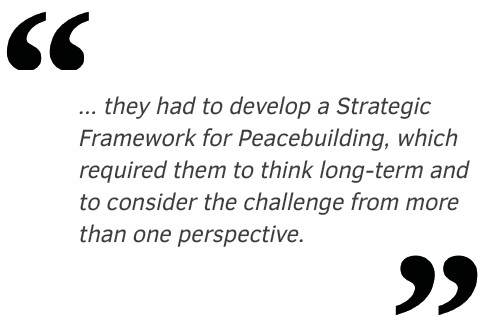 The students worked on two agenda items: Colombia in South America and the Sahel region of Africa. For each they had to develop a Strategic Framework for Peacebuilding, which required them to think long-term and to consider the challenge from more than one perspective. The students were divided into three thematic working groups: Good Governance, Sustainable Economic Development, and Civil Society. Each group produced one-third of the final document, which was put together by the students who represented the UN Secretariat.

By the end of the two days, the outcomes were two very professional and well-thought out documents which, although sketched out in a short time, showed the capacity of UNU students to develop policy solutions to some of the most complex challenges in the world. Overall the competition gave students an opportunity to apply their theoretical knowledge to practical problems and improve their memo-writing, negotiation and presentation skills. Finally, the simulation was a great opportunity for students to interact with peers from across the UNU network and to gain valuable insights into the challenges of policymaking.

Open the boxes below for a selection of impressions from the students.