On women & power: From surface shine to core strength

by Cristina Mancigotti
gender equality, GPAC², policymaking
Comments are off

How many times have you rolled your eyes when someone said a country is progressive because half the parliament is made up of women? How much can this really tell us about gender equality and women’s participation in any particular country? Why does it even matter?

As such a hot topic, I was excited to hear all about Catie Lott’s PhD dissertation, ‘Diamonds are a Woman’s Best Friend: Broadening Measures of Women’s Access to Formal Political Decision-Making’. Her doctorate looked at female policymaking through a diamond-shape model that mapped a total of 40 countries. The research was done, thesis submitted, but what next? How to spark a wider debate? I sat down with GPAC² Director Mindel van de Laar and MPP student Romina Rojasto to answer this very question.

In the end we decided to host a half-day symposium in honour of Catie’s defence, gathering experts on gender representation in public policy to explain the state-of-the-art. Additionally, in the spirit of Maastricht University’s innovative learning methods, we not only hosted a panel and public debate but also an interactive labour market session. The idea was that everyone, young and old, students and professors, should be able to learn more about the state of play – and perhaps even boost their career prospects.

Drilling down with diamonds 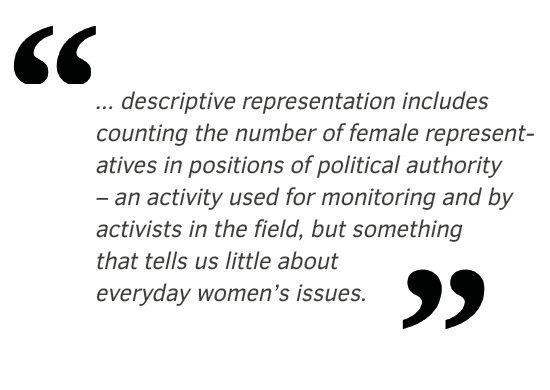 Our panel speakers included Karen Celis, Co-director of the Centre of Expertise on Gender, Diversity and Intersectionality at the Free University of Brussels (RHEA), whose talk focused on descriptive representation as a tool to improve political equality. Here she stressed an important distinction in the public arena: the difference between descriptive and substantive representation. The former is depicted by representatives who belong to the same societal group, while the latter is attention paid to one’s interests in the policy arena. For example, descriptive representation includes counting the number of female representatives in positions of political authority – an activity used for monitoring and by activists in the field, but something that tells us little about everyday women’s issues. Going further, Karen turned to earlier research on minority female representation in Dutch and Belgian political parties. According to one paper, ethnic minority women were welcomed into political parties because they were perceived as harmless in internal power plays (but the same did not apply to ethnic minority men).

Other panellists raised various other important considerations including fair representation, benevolent sexism, and the ‘leaking pipeline’ of talent linked to implicit biases against women. The presentations were followed by a short debate with the audience – where, interestingly, the first question was raised by a man, even though men represented a vanishingly small percentage of those present! The symposium continued with the labour market panel, where students heard tips and experiences from GPAC² fellows. These are experienced professionals who work in various international organisations such as the Inter-American Development Bank, the Organization for Security and Co-operation in Europe, and the United Nations Economic and Social Commission for Asia and the Pacific.

Overall, the positive responses from fellows and students showed us that these opportunities are an important moment to discuss hot public policy issues, such as gender representation in public policy. To find out more about the issues covered in the symposium, a short open access course is available online here, as of early August 2019. The online course is freely accessible, and it contains the presentations from the speakers and their personal takeaways from the Symposium. Additionally, you can find links to the abovementioned resources. 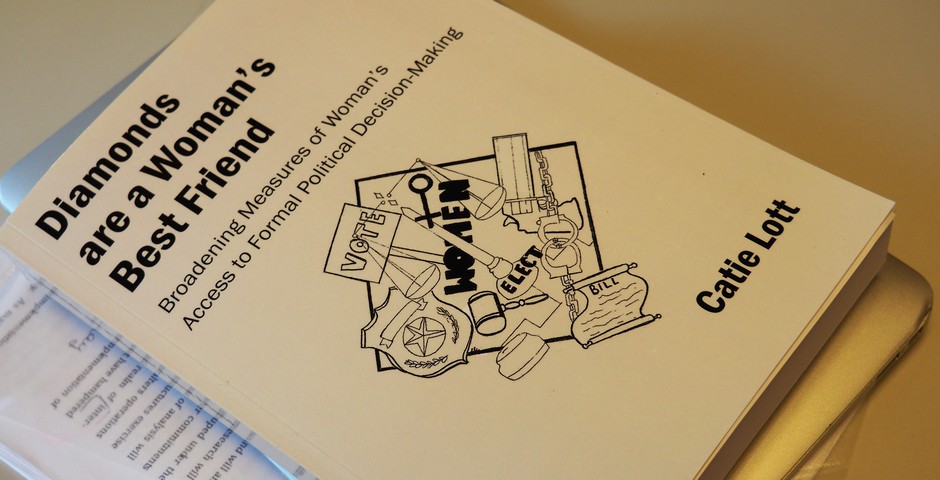 About the Author
Cristina Mancigotti is a programme coordinator and research assistant at UNU-MERIT, where she coordinates the Evidence-Based Policy Research Methods (EPRM) course and the Dual Career Training Programme (GPAC²). She also supports the Community of Learning for Africa (CoLA) and other research projects. Cristina holds a MSc in Public Policy and Human Development.
Share this page