by UNU-MERIT
MENA, UNICEF, youth
Comments are off 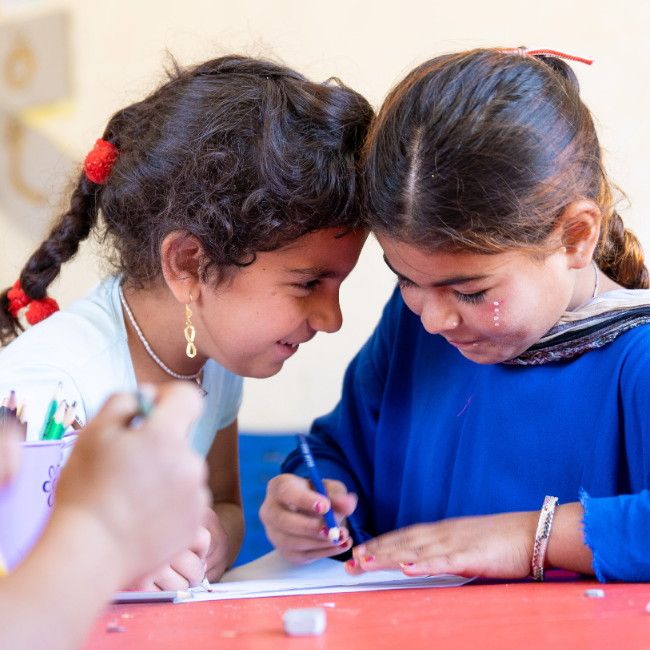 Why are boys and teenagers most prone to dropping out of school in Jordan? Why are Syrian children up to 10 times more likely to drop out than Jordanian children? And why is the return on education so uneven for different groups?

In December 2020, Prof Franziska Gassmann took part in the launch event of the Jordan Country Report on Out-of-School Children, produced under the auspices of UNICEF Jordan. She was joined by representatives from the Ministry of Education, international organisations and other NGOs working to promote inclusive and equitable quality education, in line with UN Sustainable Development Goal 4 (SDG4) and Jordan’s Education Strategic Plan 2018-2022.

The Jordan Country Report is the result of a year-long intensive collaboration between UNICEF Jordan and a team of Maastricht University researchers led by Prof Franziska Gassmann. The study provides an update to the 2014 report using both administrative education and household survey data. Following the five dimensions of exclusion developed under the Global Out-of-School Children Initiative, the report provides an in-depth understanding of the extent and nature of children out of school or at risk of dropping out.

The findings indicate that the national out-of-school rate for children aged 6-11 has not increased since 2014, despite Jordan’s hosting of more than 660,000 Syrian refugees since 2011. This is a remarkable achievement. Yet, there are still children not attending basic education. A breakdown of the data shows that three groups are particularly vulnerable to being out of school: those aged 12–15, those from a non-Jordanian nationality, and boys. For example, 40% of Syrians in Jordan aged 12-15 are out of school, compared to 4% of Jordanians.

Next to children out of school, the study also accounted for those at risk of dropping out of education. Again, the figures underline that boys are more at risk than girls. Furthermore, Syrian children in particular are more likely to drop out – probably  related to their life histories of being refugees and the resulting interruption of their school careers.

Beyond establishing profiles of out-of-school children, the study analyses the returns to education in order to understand potential (dis-)incentives for investments in education. Based on the analysis, an additional year of education only translates to a 4% increase in earnings for the average Jordanian worker (which is low in international comparisons). Labour market inefficiencies, among which the mismatch between the skills required by the labour market and the skills attained by workers, reduce the extent to which higher education translates to higher individual earnings. Furthermore, the return on education differs considerably for Jordanians and Syrians; for the Syrian population, there is no direct association between earnings and education (which is likely linked to the restrictive labour market policies for refugees).

The low return on education is not, however, a sufficient explanation as to why children drop out. The study lists several barriers on the supply and demand side that affect school enrolment outcomes. On the supply side, these pertain to challenges in terms of infrastructure and quality of education, the persistence of physical and verbal violence at schools, and the challenge of providing inclusive education for children with a disability. On the demand side, the perceived value of education, financial barriers and related negative coping strategies (such as child labour or early marriage) also affect the decision of parents to keep children in school.

In order to achieve education for all as envisioned under SDG4, the study concludes by providing a comprehensive set of recommendations. Overall, the study is an excellent example of shared efforts between national and UN agencies. Our research team supported this engagement through rigorous analysis, contributing to an evidence-based dialogue among several stakeholders to ensure equitable and inclusive education for all children in Jordan. (Text by Franziska Gassmann and Tamara Kool.)