Mygration Story: How an adopted citizen became an extraordinary patriot

by Zachary Strain
Germany, migration, USA
Comments are off 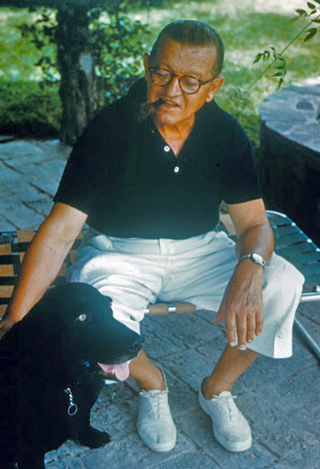 When people ask me where I’m from, I tell them, ‘Texas’, rather than the United States. We Texans are notoriously prideful of our beloved state and its heritage, and as far from home as I may be, I am no exception to this rule. However, it’s been over three years since Texas was actually home; meanwhile, I’ve lived on two more continents: two years in Morocco as an English teacher, and a year here in the Netherlands for my master’s degree, beginning my second as a research assistant.

Pursuing a life abroad has never struck me as abnormal, but comparison to those I grew up with does mark me as a clear outlier. Like many Americans though, my family came from elsewhere at some point in time. My mother’s side of the family is half German, while my father’s side is a more diverse mix of European origin (English, Irish, Hungarian, and others). My parents, as well as their parents, were all American, but their families came to the United States in different ways. Here is one of those journeys:

To tell the story of my great-grandfather (on my mother’s side), I will begin it much in the same way that it ended: in the water, somewhere in the middle of the Mediterranean Sea, where my great-grandfather found himself after his submarine had been sunk during his service for the German Imperial Navy in World War I. Friedrich (Fritz) Wilhelm Hofmokel survived those waters, picked up by some vessel that dropped him off in Turkey. He returned to his native Germany on foot, working miscellaneous jobs along the way to get himself there, but returned to a broken and defeated homeland. With political/ideological differences and in search of what his native Germany could not provide, he left his homeland.

He first visited the United States in 1922, where he supported his travels through odd jobs, but then returned to Germany so that he could obtain authorisation to work in America. He made a second return to his homeland, this time to vote for Paul von Hindenburg, in opposition to the Communist Party (Hindenburg eventually appointed Hitler as Chancellor of Germany). On one of his Atlantic crossings, he met a fellow German, Elizabeth Schoenfelder. As one book put it, quite simply: “They were attracted to each other and became engaged.” They were married in New York in 1929.

My great-grandparents came to Texas in the late 1930s, where Fritz became the first Director of the Port of Brownsville. He took the job in part because he did not think he “would like to see grass growing in the streets of such a nice town”. (Today, there’s a plaque that bears his name and likeness, and the following inscription: Through his efforts this waterway became a port.) For her part, my grandmother still remembers being in Germany with my great-grandmother at the start of World War II. To escape, my great-grandmother, who wasn’t an American citizen, had to pretend she was a maid to a woman in Norway, from where they were able to obtain passage to the United States. 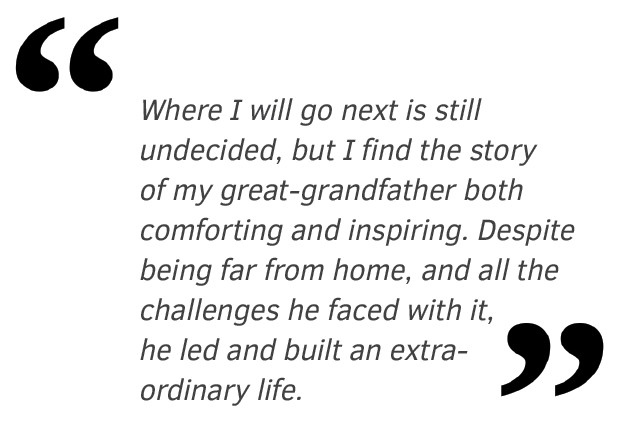 Coupled with his previous service with the German Imperial Navy in the first World War, German submarine activity in the Gulf of Mexico at the onset of World War II brought accusations and a government investigation into whether or not my great-grandfather was a German spy. The local newspaper, The Brownsville Herald, fiercely defended him: “If there is anything against this man, if there is the faintest evidence of disloyalty, if there is any valid reason to suspect him, tell us. We as patriotic Americans would never seek to defend any man who was a danger to the nation for which we are fighting, the same as you are fighting. Tell us the facts, if there are any.” My grandmother was even called a Nazi one day walking down street before she was old enough to even understand its meaning.

No charges were ever brought against my great-grandfather, but he resigned from the directorship and briefly moved to San Antonio, where for a time he worked as a consultant for the port. In 1965, after 30 years of work for the Port of Brownsville, he suffered a heart attack while swimming in the Gulf of Mexico off South Padre Island, and drowned.

While I never knew him, I spent many summers swimming in those same waters, near where my mother was raised. Her sister’s fascination with our German heritage has taken me to Germany on numerous occasions, which helped stoke my interest in life abroad. For the past eight years of my life, I have moved every year to a new home, whether across town or across continents — a trend I expect to continue for at least a couple more years. Where I will go next is still undecided, but I find the story of my great-grandfather both comforting and inspiring. Despite being far from home, and all the challenges he faced with it, he led and built an extraordinary life. His obituary reads, “Fritz, while an adopted citizen, was a true American of enviable stature, always willing to do more than his part to further the interests of the United States, the Rio Grande Valley and the Port of Brownsville.”

About the Author
Zachary Strain is a research assistant with the Migration and Development Research Group at UNU-MERIT. His main interests are migration integration, urban development and mobility management. Zachary holds a master’s degree in Public Policy and Human Development from UNU-MERIT/Maastricht Graduate School of Governance., where he specialised in Migration Studies. Before coming to Maastricht, he obtained his bachelor’s in Journalism from the University of Texas at Austin, and taught English in Morocco for two years.
Share this page