by UNU-MERIT
corruption, migration, UN Day
Comments are off 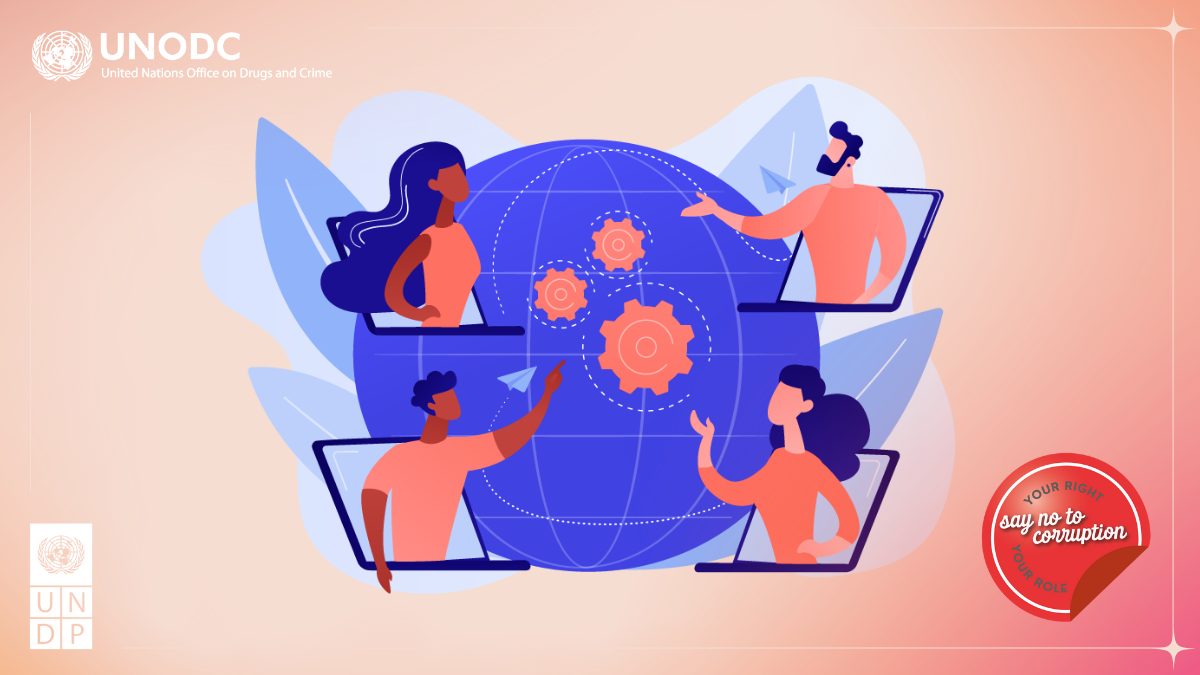 This year’s International Anti-Corruption Day has the hopeful motto: ‘Your right, your role: Say no to Corruption’, highlighting the important role that each individual, from politician to activist to citizen has in fighting corruption. The big question is, though, when it comes to saying #NoToCorruption, can everyone actually do so?

Activists often pay a high price for their fight against corruption, and while many anti-corruption activists have given everything to the fight, the choice NOT to participate in corrupt exchanges for many of us comes from a position of privilege. For many, saying ‘no’ is possible only where the consequences of not joining the exchange have little or no severe consequences – a privilege that people in dangerous or vulnerable positions do not enjoy.

The dangers of putting the burden of fighting corruption on the most vulnerable becomes clear when looking at the experiences of irregular migrants during their journeys. Our research shows that irregular migrants face corruption throughout their entire journeys, but that those who choose not to pay face dire consequences. We argue therefore that any call for action in anti-corruption requires more nuance, by understanding that not engaging in a corrupt exchange requires that you have sufficient privilege to either negotiate the system without the help of the corrupt official or to live with the repercussions – neither of which is usually possible for irregular migrants.

From our interviews with irregular migrants, it became apparent that large parts of the migration industry thrive on corruption. One interviewee described how crossing the Mediterranean Sea from Turkey was far more likely to be successful if you went via a smuggler. Not because the smuggler offered a specific skill or benefit but rather because they had an arrangement – e.g. they paid a bribe to a coastguard member, which meant they would be more likely to achieve a successful passage. Without the corrupt payment, irregular migrants often could not continue the journey, and would be left in the desert or sent back to dangerous or hopeless situations. As one migrant put it, “to go back would be death!” 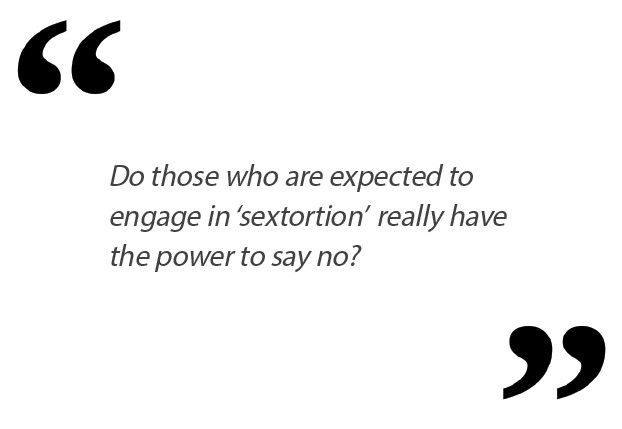 We also often have a rather romanticised understanding of corruption, where envelopes of money are exchanged in dimly lit offices. However, this is not the reality for many, especially women, who are often expected to not only pay in money or goods, but sexual favours (sextortion). In situations involving corruption, this means that when you have nothing left to offer, you still have your body. This is yet another way that irregular migrants are objectified during the journey. Do those who are expected to engage in sextortion really have the power to say no? As a male interviewee elaborates “For me, I pay but maybe you are travelling with a woman, it is the woman who pays for it. Women cannot do like me, so they sleep with them”. In these situations, it is highly questionable if educating about rights, and the importance of saying #NoToCorruption would bring any benefit to the migrant or if it just puts them in more danger.

The journeys of irregular migrants are often dominated by highly unequal power dynamics, which are caused by a combination of the weak legal position of migrants and their desperation to pursue their journeys. So, can they really say ‘no’ to corruption? Our interviews reveal that it is often a matter of chance how often and how much one ends up paying, making it close to impossible to be fully prepared for the journey. Migrants therefore regularly need to pause their journeys and find ways to earn the resources which enable them to resume their journeys. The savings that some have collected prior to migration often include not only their own lifesavings, but also those of their families or communities. This brings additional pressure to complete the journey at any cost, as the hopes and expectations of so many are on the shoulders of the individual migrant.

Even if they choose to say ‘no’ to corruption, they are often physically unable to actually do so. Indeed, a common narrative in our interviews is that migrants are ‘captured’ (i.e. abducted) and threatened until they pay what has been demanded. Hence, agreeing to the corrupt exchange is the only way to move forward or return back home. As one migrant elaborates, “Yeah I think in Africa it is more hard because in Africa they force you. They make it forced to take something from you and they tell you that you have to pay fast or we will do this. They threaten you and keep you in one place and you have to pay. If you don’t pay, you can’t go.”

When dealing with an industry that is dependent on corrupt practices for survival – saying ‘no’ is often not an option. It is only by making migration more, not less, accessible that corruption can also be curbed. As long as our migration systems are built with the goal to keep people out, corrupt officials will keep benefitting from irregular migrants’ despair. ‘Your right, your role: Say no to Corruption’ is an important call to highlight the importance of enabling as many people as possible to combat corruption. However, it remains hollow unless we ensure that the burden of doing so is not pushed on to those who are least powerful. Therefore, the onus is not on the migrant to simply say ‘NO’ but rather us – i.e. people with privilege – to rethink and replace our restrictive systems and combat corruption.