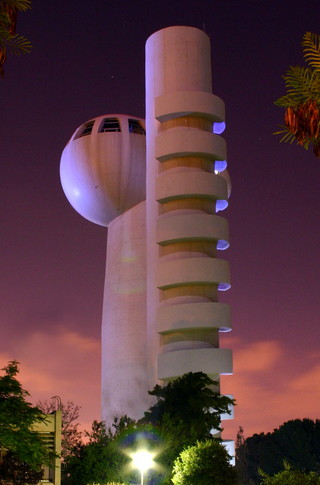 Particle accelerator at the Weizmann Institute of Science.

We held our fourth science reporting workshop in a decommissioned particle accelerator in the heart of the Middle East — sharing a stage with veteran BBC presenter Robert Winston before an audience of around 40 researchers and reporters.

This was an audience passionate about the scientific method; an audience united for the most part against post-truth populists; and an audience ready to challenge its lecturers. Pointing out essential nuances: for example, that it’s not 97% of scientists but 97% of peer-reviewed papers that form the climate change consensus.

On the first anniversary of ‘Reach & Turn‘ we spoke of accuracy, transparency — even humility. We discussed scientific literacy, democratic responsibility, and creeping government censorship. And we explored deeply embedded aspects of science in society. See below for more on the sessions and various multimedia.

How to ‘reach and turn’ global audiences?
Howard Hudson & Diego Salama, Communications Officers, United Nations University, NL
Global debates are increasingly twisted by ‘fake news’, peddled by populists in government and the media. Where does this leave researchers and reporters who follow evidence-based approaches? This session considered the options of the ‘ecosystem of knowledge’ in a post-truth world. Case studies focused on climate change and migration, including the (ab)use of facts and terminology, before drawing on both classical and modern approaches for the science of science communication.

How to make science more reportable?
Netta Ahituv, Senior Correspondent & Editor, Haaretz Newspaper, IL
Scientists and journalists serve very different audiences and work to very different deadlines. Yet, if the two sides can understand and trust one another, they can truly serve the public interest. Designed mainly for non-journalists, this session looked at how the media ‘works’, what is considered a good pitch, what is a journalistic story and what is not. The session considered how journalists and editors select stories and what is special about Israeli newspapers and readers.

How to communicate science effectively?
Lord Robert Winston, Professor of Science & Society, Imperial College London; former BBC presenter, UK
In a successful democracy it is essential that scientists engage effectively and communicate responsibly. The result of scientific knowledge, technology, can be used for good or for harm. All of us have a duty to try to ensure we take wise decisions about how our work may affect society. We have an obligation to communicate effectively and we all, scientists and non-scientists, must try to ensure that our communication leads to scientific literacy. In this presentation, effective ways of communication are presented.

How to find a good scientific story?
Dr. Erez Garty, Head of Science Communications, Davidson Institute of Science Education, IL
It is not every day that you read about science in the headlines – perhaps only when NASA discovers a new earth-like planet, when CERN discovers a new particle, or when a researcher discovers a life-saving drug. Or is it? We do read about Trump’s claims against climate change, how meat can kill you, and Angelina Jolie’s choice to undergo breast removal. Science doesn’t have to appear only in the science and health sections. Because science is all around us it can help in creating a good story. In this session we looked for ‘good’ science stories in non-scientific areas.