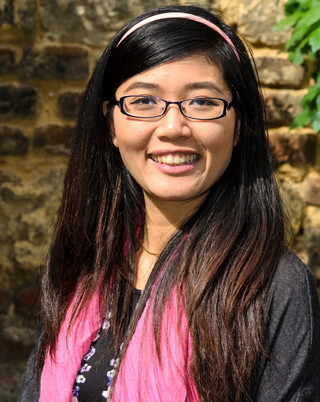 ‘Public Policy & Governance Beyond Borders’ will be the guiding theme of the international conference of the Association for Public Policy Analysis and Management (APPAM), to be held in Brussels on 13-14 July 2017. For this second post in our series I spoke with Nga Le, a PhD fellow from Vietnam, who is working on the effects of health insurance on labour markets worldwide.

What is your research about?

My research covers studies around the world, in both developed and developing countries, and seeks to provide a systematic picture of unintended labour supply effects of health insurance. Amid the current push for Universal Health Coverage in the developing world, which is getting more and more momentum from donors and international institutions, I believe that it is timely to discuss the issue to inform policymaking.

Can you tell us why you submitted a paper for this conference?

I became a member of the Association for Public Policy Analysis and Management (APPAM) in 2015 and have been constantly informed about all the events organised by the association. I was interested in the upcoming international conference in Brussels because of its global outreach efforts, which I think will bring in participants from across the world to discuss policy issues.

Furthermore, I believe in the quality of the conference because it is attached to the APPAM’s brand as well as the prestige of two organising institutions in the field of public affairs, namely Maastricht Graduate School of Governance/ UNU-MERIT (Maastricht University, NL) and the Maxwell School of Citizenship and Public Affairs (Syracuse University, USA).

What are your expectations? As a PhD candidate, I’m excited to connect with and learn from other, more experienced researchers. I expect to expand my professional network and meet other like-minded people — including policymakers, development practitioners and researchers — to discuss pressing global policy issues.

Lastly, my presentation will show, that the current literature on the aforementioned topic is relatively limited and sporadic especially in developing regions. This somehow indicates a lack of interest in an issue that should not be neglected in the context of ever-expanding health coverage in developing countries under the global wave of Universal Health Coverage. This suggests a real need for more future studies to better inform policymaking. Therefore, at the conference I plan to bridge this knowledge gap to other policy researchers, while calling for more attention from policymakers.

‘The Conference will pay special attention to Sustainable Development Goal 1 – End Poverty in All its Forms Everywhere. What role do you think evidence-based research should play in the UN’s quest to achieve all 17 goals?’

As a policy analyst, I believe that evidence is important in informing policymaking. However, I think it is more useful to ask how to ensure that evidence is used during the decision-making process. Evidence-based decision-making is a fine textbook term, but the reality is very different. This is particularly true in countries with political regimes that do not support the use of evidence.  Thus I believe that in addition to creating quality pieces of work, policy researchers also need to proactively interact with policymakers to ensure that evidence is used in many phases of the policy process. If researchers can better communicate their research results and influence the policymaking process with their knowledge, I think that can help in the struggle against poverty.

Plus, equally important is the role of systematic reviews. The good news is that the amount of knowledge and evidence is increasing exponentially. The battle against global poverty, from my understanding, is attracting the brains of many enthusiastic academics as well as the participation of all of the most influential international institutions and organisations. In many policy fields, particularly in the area of poverty alleviation, the amount of evidence is piling up significantly. Therefore, systematic syntheses of evidence in this case help to summarise knowledge, produce lessons learned and make them ready-to-use for policymakers.

As a researcher from the Global South, what is the added value for scholars and policymakers from the developing world to attend conferences like this one?

Well, actually the term Global South is rather confusing to me. Some argue that it denotes the developing and less-developed countries, while others say it echoes (and perpetuates) the old colonial north-south divide. Therefore, to add some context, I would love to be recognised as a researcher from Vietnam, a lower-middle-income country.

The very obvious benefit for me is that I can connect to distinguished world-class academics at the conference and learn from the stories of other countries. This opportunity is rather rare in my home country for many reasons. Besides, because the conference is a real forum for experience sharing, I think the learning process can be very much reciprocal. Advanced countries do not necessarily have less policy issues than their emerging counterparts, as different stages of development produce different issues. Therefore, I think that the conference will benefit participants from everywhere, North or South, developed or developing regions.