Giving money is not done, offering help is: Dilemmas of scientific integrity

by UNU-MERIT
Europe, Maastricht University, migration
Comments are off 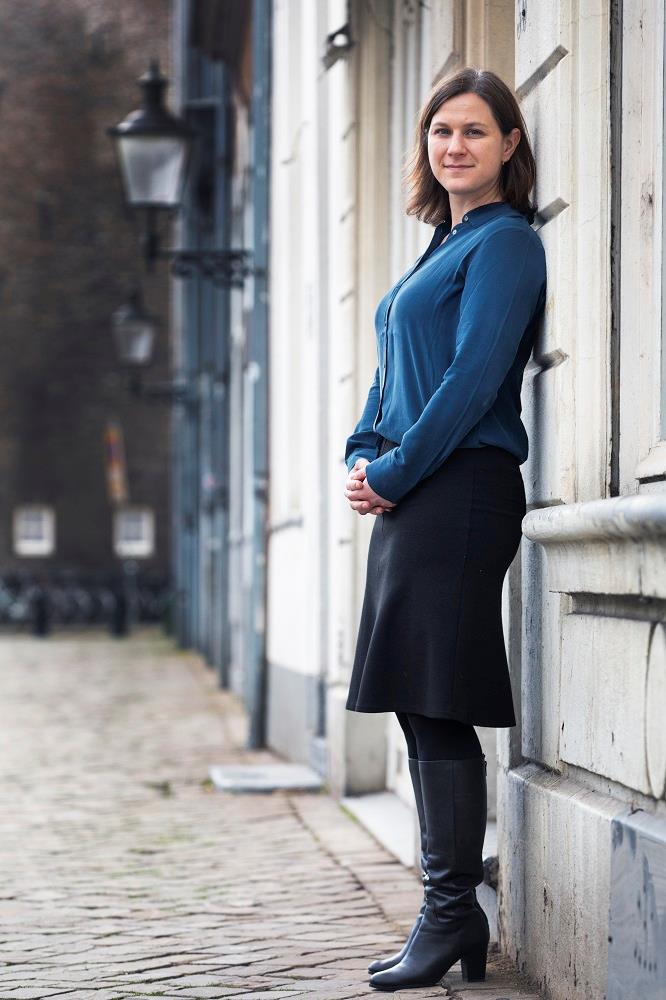 You want to interview refugees and migrants on their journey, but they must – as is good scientific practice – first give permission and sign a form. Many refugees however, will never put their signature on anything. How do you deal with that? Also, what if a participant asks for money? Can you always refuse?

Dr. Katie Kuschminder travelled to Italy to carry out research by moving among the many migrants from Africa and the Middle East. The Canadian wanted to know why they had braved the crossing and where exactly they were headed. It is well known that Nigerians often remain in Italy, but Syrians and Eritreans set course for the Netherlands, Germany or Sweden. Why? What considerations play a role?

The keywords with this kind of interview are ‘informed consent’. This means that you inform the participants beforehand and ask for their permission. First you explain what the research is about and then you check whether everyone has understood. Piece of cake, you would think, but what if you come across a tribe from a remote part of Eritrea — people who have no idea what research is?

Kuschminder always starts off by saying: I work at a university and I am trying to learn about what migrants go through. I would like to ask you some questions about your experiences of coming here. I write that down and I share it with governments, in the hope that the situation will improve in the future. “Some immediately shut down when they hear the word ‘government’, especially if they are fleeing from a dictatorship. You need to be aware of that.”

You also explain what participation means. “Migrants tend to associate interviews with the asylum procedure. Respondents will ask if the scientific interview has anything to do with that or if there are consequences for their procedure. I am very clear that the research interview is separate and has no impact on their case. Just as you need to be clear about the fact that participation will not increase their chances of asylum, nor does it provide them with any direct benefits.”

When everything is clear, participants usually sign a form giving their permission, but ethical committees realise that this procedure doesn’t always work. “For someone who does not have an asylum status, it is not safe, nor ethical to ask them to sign a form. Too risky. Should this data be hacked, to mention but one thing, it could end up anywhere and participants run the risk of being arrested. To prevent this, ethics committees will accept a verbal informed consent.”

What does that mean? A researcher could make that up himself. “Yes, that is a point of attention in my field of research. Nevertheless, the consent is often convincing in combination with all the notes made during the interview, the reflections about them, and the frankness transcript of the interviewee.” 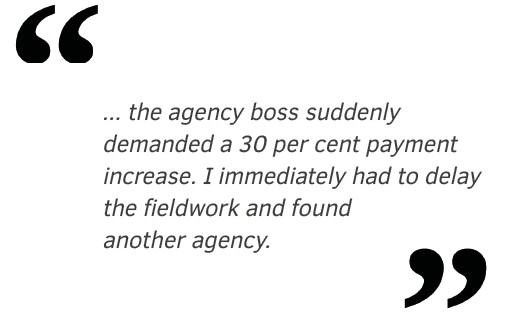 Researchers don’t always carry out all the interviews themselves. During her PhD research, Kuschminder conducted a survey with over 1000 households in Ethiopia. “We contacted a local agency that translated the questionnaire, selected the interviewers, and took care of all the practical matters. Usually that works well, but this time the agency boss suddenly demanded a 30 per cent payment increase. I immediately had to delay the fieldwork and found another agency.”

For a project in Greece and Turkey, Kuschminder had arranged a group of interviewers in 2015 for a survey of migrants. “I trained them for four days on how to conduct surveys, approach people, and gain informed consent. We trained them first using roleplay and different excercises, after which they went on their way. Later I called the interviewees to check if they had been informed correctly. For one interviewer this was not always the case. He had deluded people into thinking that they would immediately profit; it would change the asylum policies in Greece. I gave him a severe warning: one more incident like that and he would be fired.”

Relatively new in the scientific guidelines is that every participant has the right to back out at any time. The reasoning behind it is that participants can’t always oversee everything in advance, but this means that researchers can be in for a surprise. “A colleague of mine had interviewed 10 migrants in Iraq, who all met later on. What do we actually get out of it, they asked each other and requested money from the researcher. When they didn’t get any, they all ended their participation.”

Money or any other kind of reward is generally not provided, because this is in conflict with the principle of voluntariness. Researchers do calculate a certain degree of ‘reciprocity’ — as one good turn deserves another. It comes down to: I won’t pay you but I will do what I can to help you. For instance, Kuschminder makes a list of local organisations that might lend a helping hand. “If participants have problems with the asylum application, we can refer them to an agency for legal assistance, where they can receive free advice.”

Kuschminder’s group also sets money aside for those who later appear to be the most vulnerable. “We give vouchers for provisions to poor families or we buy second-hand clothes for the children. We do so afterwards, again not to jeopardise the voluntary nature.”

The latter doesn’t always work. “If you want to do interviews in a refugee camp and you, a white woman, turn up in the company of a UN representative, then refugees can feel forced to co-operate. In particular, because corruption in camps has been proven over the years. Anyone who didn’t pay the camp leaders could be taken off the priority list, resulting in the asylum procedure in another country being put on hold.”

Adapted from an article in the Observant. Read the original article.