Do you know gender? I thought I did. I knew what it basically meant: man and woman, boy and girl, lion and lioness etc. And I had helped women and girls all my student and professional life as a social activist and was confident that I knew what had to be known. So I felt safe.

That was until as a UN staffer, I was asked to take its ‘I know gender’ course. Here, the bitter truth of what I teach my own students drove its stake through my time. Availability, we teach students of the economics of innovation and/or development, is not the same as accessibility. If something is available but not accessible, and if access and usage are needed for positive impact, well tough luck! In short, gaining access to the UN online course on gender was daunting, and perhaps I am also a bit of a techno-moron, but eventually I managed. Once accessed (i.e. after a couple of hours spread over a few days of email communication with the knowledge platform organisers) the course itself was a mind opening delight! I liked it so much that felt I had to share my newfound knowledge with everyone in the institute.

So I waited for an opportune moment. And on 8 March 2018, International Women’s Day, I lured my colleagues into a classroom with promises of a special session to discuss UN policy and guidelines on gender, harassment and human rights and I was pleasantly surprised to see a number of my male colleagues troop in, including all on the UNU side (in the end, men comprised 8 out of 24 in the audience). I surprised them with a quiz – on the gender bits that I had appreciated. In the ‘I know gender’ there is a section on sex, sexuality, sexual orientation and its overlap with gender and all these terms are so loosely defined that by the end I wasn’t sure any more of what I was or how I should identify myself! So I skipped that. 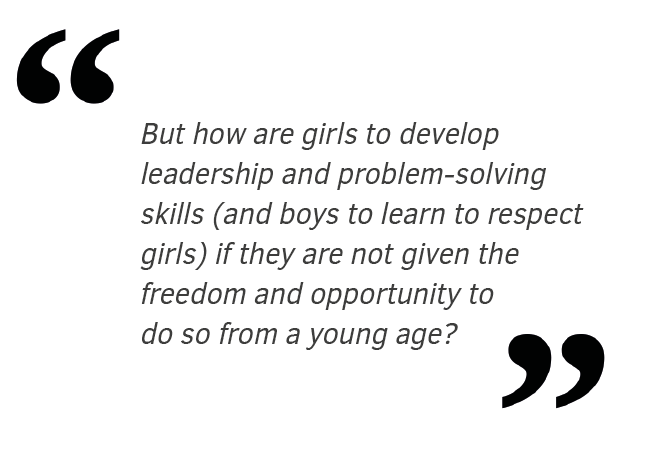 What I focused on was the long human rights struggle for women, protection of women against violence, relevant international treaties and UN structures, gender equality, gender equity, their measurements and finally, gender mainstreaming. The last seemed most important. Gender mainstreaming means taking up a gender perspective to include women’s and men’s concerns and experiences and assess the different implications that any planned action has for women and men in order to ensure that women and men benefit equally and gender inequality is not perpetuated. So the above was basically a gender mainstreaming exercise.

Three main results emerged. First, there is a lot of ignorance about gender-ish terms even in our institute. However, secondly, even with imperfect and incomplete knowledge of gender terminology, institutional offerings and international treaties, there is gender wellbeing in our institute. Nobody feels harassed or discriminated because of their gender. That gave me a real warm glow! But when I asked the audience what more could be done, they were so enthusiastic that the warm glow took on a shimmer of a winner’s curse! So, thirdly, despite being in a safe place, UNU-MERIT students and staff feel we can do more. See their suggestions below.

At UNU-MERIT, females or women or those who consider their gender to be female and women, on the other hand, face another risk – namely getting an inferiority complex! In a patriarchal world, in Maastricht, we have a woman mayor, Ms. Annemarie Penn-te Strake a woman rector, Prof. Dr. Rianne Letschert, and out-of-the-world icons of leadership and change like Helen Clark and Jaha Dukureh regularly come and chat with us. But this is a problem we can surely live with, because the big puzzle is – why are there so few of them? I’d say this is because of a lack of gender equality worldwide in varying degrees.

Let me share an anecdote. I run an NGO in an Indian village (Friend in Need) and we take summer interns and often Indian girls write to me that while their parents are willing to pay for their trip to Maastricht to work on sanitation and waste management, they consider a stay in a village with other Indian male students to be too risky. But, how are girls to develop leadership and problem-solving skills (and boys to learn to respect girls) if they are not given the freedom and opportunity to do so from a young age?

Besides, what I tell my interns in the village is to stay clear of the crabs, be alert for scorpions and let the mongoose carry on its fight on its own with the snake! These are the real dangers in the village. Not men. Still, I consider that there has been some improvement in gender mainstreaming in India, my motherland. At their age, I wouldn’t have been allowed to go either to a village or to Maastricht; even if my Dad had consented, the ladies would have shot down the idea. Patriarchy is the main part of the problem, but not all of it. So march onward for gender equality, my friends, whatever your gender!

Prof. Ramani is UNU-MERIT’s Gender Focal Point, a voluntary position for dealing with local gender associated problems (if and when they arise), promoting gender wellbeing and liaising with the UNU Gender Policy coordinator, Athena Nguyen.