Day in the life of a researcher: Connecting actors & (eco)systems

by UNU-MERIT
Africa, communications, DEIP, sustainability
Comments are off 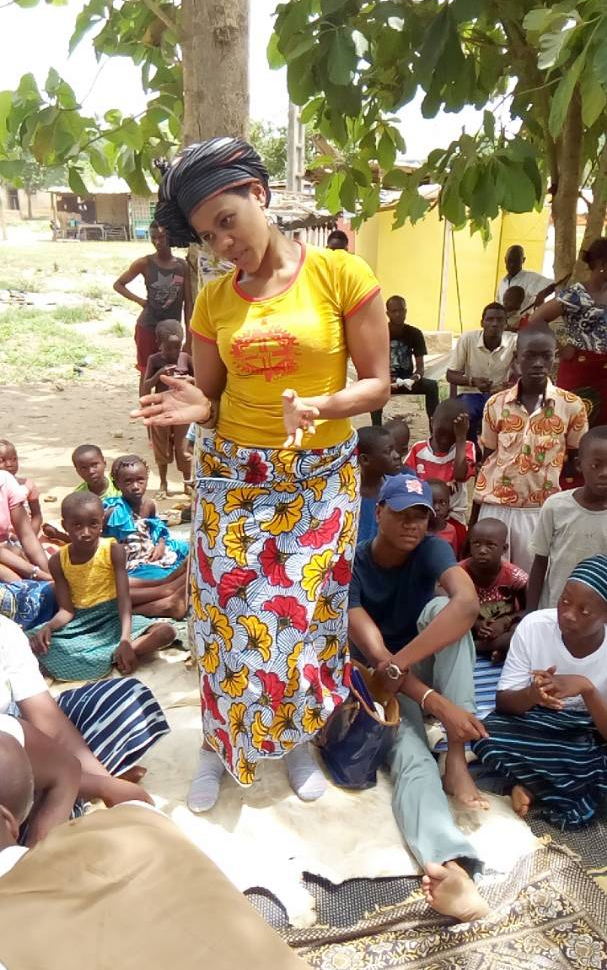 In this second report from our DEIP Innovation Workshop in Morocco, September 2018, we caught up with Dr. Mafini Dosso, an Ivorian national who works for the European Commission’s Joint Research Centre in Seville, Spain.

We spoke about the pyramid of science communications: about serving the handful of policymakers at the top and the mass of citizens at the bottom. But you also mentioned the disconnect between the two, i.e. the lack of quality science communications in the middle. What did you mean exactly?

We scientists are in the middle, between the policymakers and the citizens, but many of us are living in the past. Put simply, many scientists need to change their mindsets. We have to make the effort to connect: to be ‘honest brokers’ in our everyday lives. We have to keep informing ‘both sides’ in a less technical way. How can we do this? We can, for example, ask funders to host open days, where we speak directly with the general public and raise scientific literacy across society. We can also organise events for young people, so that those same people in 5-10 years will be able to say: “I get it: this is why I need physics, biology, and biochemistry”. It’s difficult at first, and it may not be a ‘normal’ role for scientists, but it gets easier!

Another example: I can speak with officials at the Ministry of Agriculture in my home country of Côte d’Ivoire about how to upgrade value chains for cacao, cashew nuts, and other basic resources. Fine, this is the usual policy discourse. But we also need to speak to the farmers themselves and maybe explore alternative local or regional value chains based on their needs, or on new needs that may arise at any time. But of course with farmers we need to speak in less technical language. So when you meet a farmer who doesn’t know about value chains, who doesn’t know about the big picture, but who does see how weather conditions impact his farming, you should ask: “What are your specific problems, would it help if there were someone providing you with the technical expertise to improve?” Most often they will reply: “Yes, it would be great to have someone telling us how, for example, to adapt the crop rotating system on the field and how to maintain traditional seeds and farming techniques in light of the new Genetically Modified Organisms that are coming in to Côte d’Ivoire.”

That is one way to help farmers: by speaking in ways they can understand, while keeping things relevant and practical. Farmers don’t care about technical terms like value chains. We need to make this effort as brokers between the policymakers and the farmers, students, etc. This is also why I like your science and media initiative, the ‘Reach and Turn’. Yes, we as scientists have to improve our communications with policymakers, but we also have to remember that we not only have the ability but also the responsibility to inform the general public.

This is also true for the World Bank in the example you gave: that if nobody is reading our work then we need to do things differently. In my case it’s talking about smart specialisation. Now I could just talk with other scientists and policymakers and make no effort ‘in the field’, so to speak. But if I go and tell a farmer “Look, I know you cannot sell all of your cocoa or rubber production, because maybe you have some quality problems or natural wastage. But maybe I can find some local entrepreneurs who can use your extra cocoa to grow mushrooms or use your extra rubber to make asphalt for the roads.” The farmer may not understand the whole chain, but as a scientist you do. He or she just wants to sell his products. This is where the scientists can take a systemic view, can really join the top and the bottom of the pyramid, and improve policy to better implement changes. In this way, we scientists play a key role, a pivotal role, even. 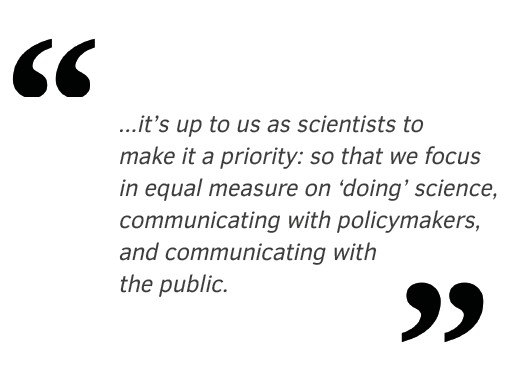 From another angle, as scientists in the innovation policy realm, we of course have to understand entrepreneurial activities, but we also have to work with firms that are not start-ups. Old farmers, people over 50 years of age, who may have been running plantations for the last 20 years. We also need to serve these stakeholders, and this is even more important in African countries. Why? Because, communication about science is very limited and is simply not a priority – and sadly that is what we saw going through the six country cases here from Northern Africa. So it’s up to us as scientists to make it a priority: so that we focus in equal measure on doing science, on communicating with policymakers, and on communicating with the public.

You said that international organisations need to improve their communications, especially via social media. Why is that important?

When I go back to Côte d’Ivoire on holiday, I meet communities of entrepreneurs, or what I call pre-entrepreneurs. They often have basic education, more than A-levels [high school diplomas], and some are studying agronomy [the science and technology of producing and using plants for food, fuel, fibre, and land reclamation].

These young people are in the middle of the countryside in Côte d’Ivoire, but they are also on Twitter – and they follow me! It’s very anecdotal, but I’ll be organising a session on Industry 4.0 at the European Weeks of Regions and Cities 2018. You know what I did, among other things, to have the votes to get the session appraised and approved? I did a post on Twitter and Facebook and those young people in the countryside in Côte d’Ivoire, they said “We voted for you!” We are communicating via WhatsApp and Twitter via their smartphones and data connections – and I’m sending them information about scholarships, trainings, either in their regions or in different African Union or European Union programmes.

Overall I think we scientists need to give hope to the next generation, to help them turn their ideas into reality, into concrete actions. And we can do it, especially via the Diaspora. They look at me, at Mafini Dosso, an Ivorian working at the European Commission. I have a PhD but did my primary and secondary schooling in Côte d’Ivoire. I come from the same place, so when I tell them that something is possible – they can believe it because I’m literally one of them!