by Michal Natorski
EU, governance, Spain
Comments are off

The EU commission seems to agree that Catalonian independence is a domestic issue for Spain – without looking at the appointment of judges or the constitution.

The position of the commission is faulty. Given that it is also a matter of protecting the rule of law, the commission should examine the situation in Spain under the rule-of-law framework, which is currently being used in relation to Poland.

The commission and other institutions assume that only the Catalan government is disrespecting the Spanish Constitution and the rule of law. However, the fact is that the conflict between Catalonia and Spain emerged because of the manipulation of Spanish constitutional norms and the rule of law by central authorities and two dominant Spanish national political parties (the Popular Party and Socialist Party) over the last decade. 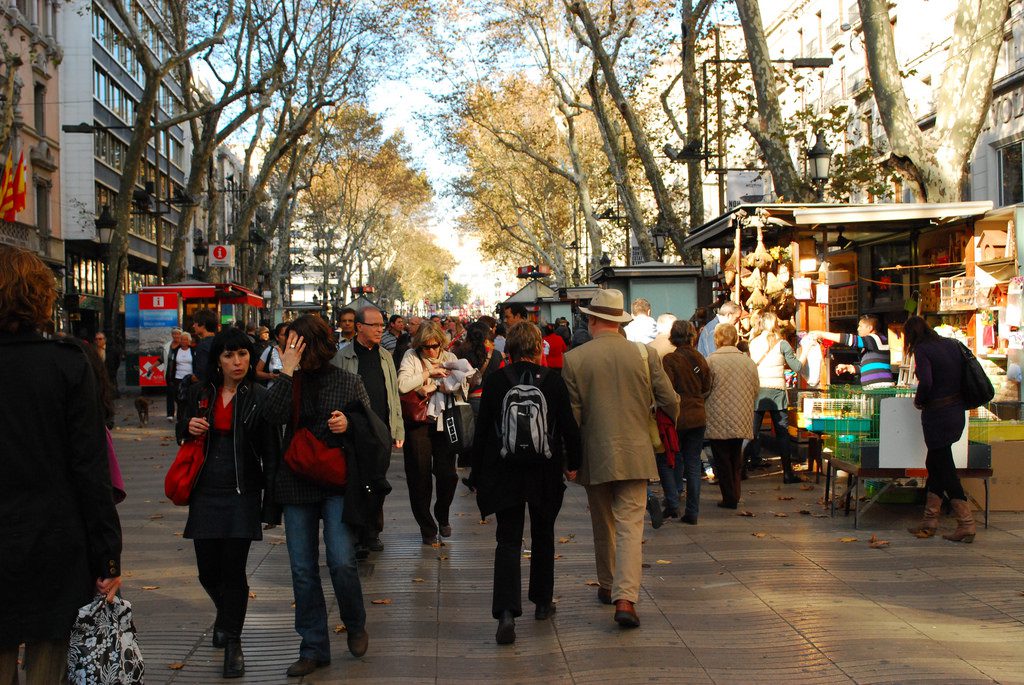 In a recent Eurobarometer survey. 58 percent of Spanish respondents answered that the independence of the justice system is ‘very bad’ or ‘fairly bad.’

Who appoints the judges?

In 2010, the Spanish Constitutional Court issued a controversial ruling that limited the scope of competences – which were defined by the law on Catalan autonomy and approved in a 2006 Catalan referendum.

The ruling was adopted after four years of deliberation – by 10 judges under enormous political pressure – while four of them, including the president of the Constitutional Court, had expired mandates. The Spanish constitution unequivocally states that “the members of the Constitutional Court shall be appointed for a period of nine years and shall be renewed by thirds every three years”, while the president of the court shall be appointed for a three-year term.

Given that Spanish political parties were unable to agree on the selection of new judges in 2007, the Spanish parliament approved an ad-hoc reform to extend the mandates of judges until their replacement. Afterwards, the Constitutional Court agreed that the mandates of judges can be extended, violating the common-sense legal principle of impartiality – that no one should be the judge of their own cause.

Meanwhile, the commission criticises the dominant role of the parliament in the election of members to the self-governing institution of Polish judges. It recalls that the Council of Judges safeguards the independence of judges. The commission points to the recommendations of the Strasbourg-based Council of Europe, as well as a ruling by the European Court of Human Rights establishing that at least half of members of councils for the judiciary should be chosen by their peers.

Though all members of the Spanish General Council of the Judiciary are elected by two chambers of the Spanish parliament, the Spanish Constitution indicates that only four are to be nominated by the Congress of Deputies and four by the Senate and the other 12 under the terms specific in a separate law. The existing system, approved in 1985, is still in use even though there are still serious doubts over its lawfulness. The controversial reforms, introduced in 2013 by the governing Popular Party, further limited the role of professional association in the pre-selection of candidates submitted to the parliament. 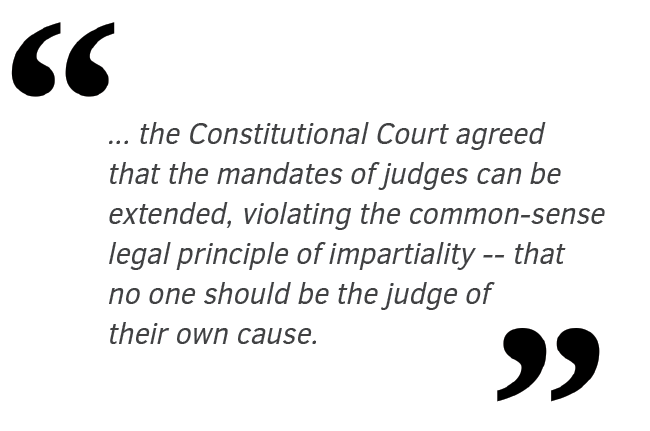 The reforms threatened judicial independence and made the organ of judges’ self-government more dependent on the ministry of justice. This system leads to fierce political bargaining in the Spanish parliament between political parties, who promote “their” candidates in order to defend their political positions within the judiciary. The result of constant political manipulation is deep social dissatisfaction with the judiciary in Spain.

In a recent Eurobarometer survey, 58 percent of Spanish respondents answered that the independence of the justice system is “very bad” or “fairly bad”. This is the third-lowest result among 28 EU member states – just better than Bulgaria and Slovakia. At the same time, 84 percent of respondents explain their negative assessment with the interference or pressure from the government and politicians on the judiciary.

The solution of the Catalan crisis includes the restoration of social trust in the independence of judiciary. So far, political manipulation of the judiciary only aggravated the situation. It led many Catalans to openly challenge the legitimacy of both the judiciary and judicial review.

The EU commission should activate the rule-of-law framework and verify to what extent the Spanish authorities repeatedly and continuously took measures and tolerated situations which systematically affected mechanisms to safeguard the rule of law. It could provide an independent assessment and establish dialogue with Spanish authorities on required reforms affecting the rule of law. It would help to rebuild trust in a judiciary and the system of judicial review in Catalonia, which have been fatally damaged by previous manipulations promoted by two dominant Spanish parties. For the EU commission it would help to avoid charges of prejudice and inconsistency in relation to Poland and enhance its role as a true guardian of treaties in all aspects and for all European citizens.

About the Author
Dr. Michal Natorski joined the United Nations University-MERIT and its School of Governance as an Assistant Professor in September 2016. His research interests include the international diffusion of public policies, global and European development cooperation, and influence of external actors on the transformations of governance systems.
Share this page