by UNU-MERIT
innovation, SDG9
Comments are off 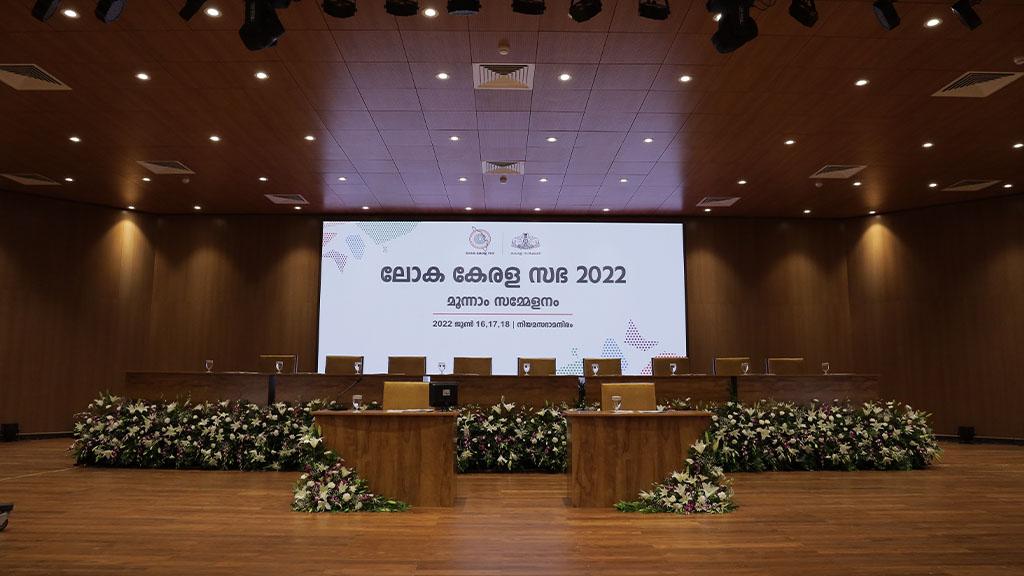 At the invitation of the Government of Kerala, India, Dr Nanditha Mathew, Research Fellow, participated in the Loka Kerala Sabha convention as an independent expert contributor. Loka Kerala Sabha was formed to deepen the democratic space and debate on the directionality of policies by hearing the voices of experts in different fields, including those who are immigrants. In this interview, she outlines why academic and policy engagement at the state level has national and international implications

The experts the convention draws on includes those, usually of Kerelan descent, who are policymakers, academics, journalists, entrepreneurs, NGO representatives and labour association leaders and the workers they represent. Dr Mathew participated as one of nine “presidium members” across eight regional and eight thematic sessions and she coordinated one of the thematic sessions on skill development and future of jobs.

Crucially, state-level government ministers attended the closed panel sessions focused on ways to mitigate current and expected policy challenges. Migration has been a crucial and dynamic factor in the development of Kerala’s economy since independence, with currently around 4 million Keralites working or living outside the country.

Changes and shocks in the world economy, the global economic crisis, the COVID-19 pandemic, growing automation in both manufacturing and services are all major challenges faced by migrants and all communities. Despite these challenges, there is still a lack of policy measures in place to deal with international migration, exacerbated by the lack of proper data on sectors where migrants are employed. For instance, the global move towards sustainability is likely to cause job losses in the Middle East which is an area with high migration from Kerala, especially low and middle skilled migration. How can Kerala therefore best prepare to accommodate the returning migrants? Which new sectors will create new jobs and what are the new skills workers will require – and how can the government create them to accommodate those who return?

Some possible solutions discussed included, for example, skills development. Instead of simply being a matchmaker between demand and supply of skills, the government of Kerala would enable the new sectors which will generate new jobs that will require new skills. For example, reform of the education sector with a broader education and training policies will help this transition.

To unleash the true potential of new technologies, policymakers need to understand better the social value that can be created from these new technologies. For this, interdisciplinary programs with a combination of hard and social and behavioural sciences is essential. When we talk about social value, it is not just an increase in growth of income, but the overall well-being of the population.

Further, the development and training of “soft and cognitive skills” was considered crucial and there are already government plans to incorporate these into early education alongside nurturing skills on developing resilience, listening skills, stress management and conflict management. Many suggested solutions would involve making huge public investments in the education and research sectors (research universities and research centers, medical institutes etc.) and would require policies to encourage networks between firms, research institutes and universities.

The role of industry was also discussed. For example, how private-public partnerships can help with new investments, as well as updates on the progress on existing flagship government-initiated programs such as the Kerala start-up mission, which incorporates the Innovation and Entrepreneurship Development centres. This is part of the knowledge economy mission for which UNU-MERIT had some previous engagement, when Nanditha Mathew and Prof. Luc Soete participated in the international consultation on Transforming Kerala to a Knowledge Economy.

Why is it good for UNU-MERIT to be involved with this kind of initiative and be part of such policy-related discussions?

I think if we care about informing policy with our research, these events provide a wonderful opportunity to meet the people who actually make the policies that create drastic changes in the society we live in. But it is usually not easy to make policymakers listen or to simply create a platform to have both academics and stakeholders from a policy circle.

In this respect, the way this event was held was particularly interesting because almost all ministers and many government functionaries attended – and listened. This happened because the organizational part came from the policy side, i.e, the government of Kerala organized the convention; otherwise, how is it possible to have all ministers in one place to listen to what we have to say?

Importantly, if UNU-MERIT aims to have a comprehensive innovation agenda, we need complementary policy recommendations that involve different sectors and, by implication, different ministries handling them. For instance, when we discuss green transitions, it is not only about investments in the wind, solar and biofuels industry, but it is about how the Ministry of Research and Education can respond with policies toward building skills and increasing research and breakthrough innovations in this sector. It is also about how policies within the Ministry of Industries and Commerce can curb pollution generated by companies, create incentives to use new engines, maintenance systems etc.  This means, we will need ministers from energy, education and industries ministries to frame a comprehensive set of policies.

In my opinion, the highlight of the event was to have these policymakers in one place along with relevant stakeholders, academics and entrepreneurs – the people working on material science and engineering as well as those working on new green products.

The event finished with the chief minister’s speech, which was broadcast live on television, where he stated that the outcomes of the event and many of the suggestions we made will  be implemented in the coming months and years. So, yes, I would say that this is a very effective way of engaging and creating impact.

What lessons did you learn as a researcher on the best way to influence policy?

I believe that economists and academics tend to underestimate policymakers. Of course, I don’t have a lot of experience with policymakers from different countries, but in my experience, especially with the Kerala government, I realized that they know quite well what they are dealing with and also have thought deeply about ways to deal with many different policy challenges. Now, do they have the perfect plan in mind? This is a different question but what I took away from Loka Kerala Sabha was that when different – and relevant – types of experts and policymakers gather together with open minds, different options for policy change can be discussed and, ideally, implemented, and this is very important.

I heard ministers and functionaries talking about green and digital transitions, how the speed of structural transformation at the global level could affect Kerala’s economy. Hearing terms like “green industrial policy”, “skill space”, “AI for sustainability”, “ecosystem that favors building technologically and organizationally competent firms” from functionaries and ministers is not something that I expected. So, an important lesson I learned is never to underestimate policymakers.

Another lesson, on which I believe I already had good insight, not just through this specific event but in general with policy stakeholders, is that the things they care about and what we as academicians think they care about are quite different. You present a paper at an academic conference, and we will see our colleagues commenting, “but what is interesting,”, especially for policy, is “the causal effect of this on this”.  Causal impacts can be interesting and valuable but the idea that circulates among academic colleagues that it is “necessary” for policy impact, in my opinion, is wrong.

You clearly had a positive experience with this event, so can you outline the key challenges that remain?

First, I felt that the gloomy technology deterministic visions we often see in recent academic works have also caught on, to an extent, in policy circles, at least in Kerala. In short, at times, it wasn’t easy to change the mood from “automation will destroy many jobs, let’s see ways to cope with what is coming” to “lets change the future and decide how to make the best use with these new technologies”.

Still, policymakers were very receptive when some invited experts, along with myself, argued that the new technologies will also create new jobs, and new sectors and the government can – and should – shape those new sectors.