by UNU-MERIT
ADB, app, jargon
Comments are off

Technical experts, government employees, academics and others are trained at an early age to shorten terms into acronyms. This makes their writing hard to read and difficult to locate on the Internet, writes Floyd Whaley, Editor of the Asian Development Blog, in his second guest post for the United Nations University.

Acronyms – or a series of letters that represent a longer phrase – are common in many professions and organisations but they are also a good way to FYRTCD your writing. Odds are you don’t know what FYRTCD means (particularly since I just made it up). It stands for “force your reader to constantly decode” and if you felt a pang of annoyance or frustration when you came across the complicated acronym, you have a good idea how your readers feel when you over-use acronyms.

For most adults, reading is such an ingrained activity that they no longer decode letters and words the way they did as children first learning to read. They absorb whole phrases, sentences and ideas as they move through text. This gives the sensation of learning new information. In short, it is the joy of reading.

Most acronyms are like speed bumps on the road to understanding and enjoyable reading. The reader’s mind must stop absorbing ideas and revert to what it was doing in kindergarten: decoding letters and forming them into words and concepts.

When you FYRTCD in this way, it encourages them to stop reading. Did you just now have to stop and go back a few paragraphs to remind yourself what FYRTCD stands for? Wasn’t that fun? This is what readers have to do when new or unfamiliar acronyms are used. They have to stop reading and search in the text for the meaning. When this happens, your writing is no longer simply annoying. It is a hassle that is best avoided. 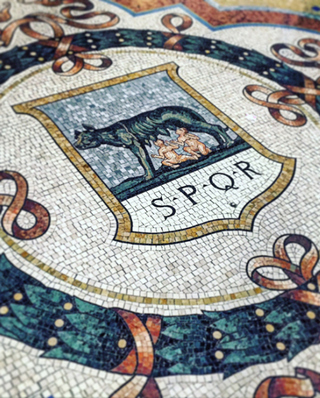 Acronyms have been around just about as long as writing itself, stretching at least back to ancient Rome. But the practice of abbreviating long phrases really took off with the onset of the printing press and the concept of mass communication. To conserve space on printed pages, long names were abbreviated. On the tiny paper strips of stock tickers in the 1920s, the American Telephone and Telegraph Company had to be shortened to AT&T.

Lengthy technical terms are also shortened simply due to convenience. Computer-aided software engineering is sometimes referred to as CASE among experts in the field. This is seen as helpful when technical experts are communicating with each other and everyone knows the meaning of the acronyms. But not always. Canadian medical authorities in recent years have attempted to ban the use of many medical acronyms because they were being misunderstood by medical staff and causing medication errors.

Some acronyms seem to fit as a better way of describing something than the actual name. The Central Intelligence Agency is universally known as the CIA. Few people are confused when they see the acronym EU for European Union or UN for United Nations. But these commonly accepted acronyms are the exceptions when it comes to clear writing. Most acronyms put readers back into kindergarten decoding mode.

Not only does the human mind struggle with decoding acronyms, the artificial intelligence of search engines like Google are confounded by them as well. In fact, there is a whole line of study related to what researchers call “search term query expansion”, or “acronym expansion”. This is basically the science of coming up with algorithms that can figure out how to expand acronyms into their full – and correct – meaning so that people can find what they are searching for on the Internet.

Recently, the University of Arizona changed its online acronym from UA to UArizona because when people searched for UA, the university came up fourth or fifth in search rankings, behind competing universities and a popular brand of underwear.

Acronyms are a form of jargon that hide your content from readers around the world who are searching for it. This is particularly important for members of the international development community. For decades, development professionals have operated in a cloistered ecosystem made up primarily of their colleagues and the government officials with whom they have worked.

The digital revolution has opened up international development to people around the world, including those being helped by aid programmes and those paying for them through their taxes. With development funding being questioned in many countries around the world, clear communication has become increasingly important. The acronyms and other jargon shared by development professionals have become roadblocks to helping the world understand how their work is being done and why it matters.

The United Nations University has recognised this problem and developed a Jargon Buster app that “clarifies hundreds of social, political and economic terms” including about 1,000 acronyms. The app was developed in part due to concerns that a lack of clarity in terms could result in inaction toward achievement of UN’s Sustainable Development Goals, according to Howard Hudson, the head of communications for the United Nations University – Maastricht Economic and Social Research Institute on Innovation and Technology, in the Netherlands. “A lot of the papers that I have to edit get so technical that they’re actually like hieroglyphics,” he told Reuters.

When the Google algorithm reads a single reference to civil society organisations followed by 15 references to CSOs, it must work out from context which of the many meanings of CSO is being referenced. Google is very good at deciphering such things, but it can be challenging and might not lead to the best categorisation of what you are writing about in order to help people discover your work.

If the same body of writing contains 16 references to civil society organisations, instead of multiple mentions of CSOs, the meaning is crystal clear to search engines and the world at large. And when writing for the web, the goal is to make it as easy as possible for people around the world to discover and understand what is being written.

In short, unless an acronym is more common around the world than the full, expanded phrase, it has no business in text written for the web. It hinders search engines and puts readers back into kindergarten. So remember, don’t FYRTCD.