by UNU-MERIT
Europe, Guterres, migration
Comments are off

With the post-world war international institutions eroded and under threat, a “strong and united Europe” standing alongside the United Nations, has never been more essential, said UN chief António Guterres in Germany on Thursday. The Secretary-General was in the ancient continental capital of Aachen, close to the French border, where he received the Charlemagne Prize, awarded each year since 1950, for services towards European unification. UNU was represented at the event by senior officials from UNU-EHS, FLORES, MERIT and ViE.

As a former Portuguese Prime Minister, and one of the architects of the European Union’s efforts in the late 1990s and early 2000s to strengthen social safety nets, solidarity, and cooperation with Africa and India, Mr. Guterres described himself as a “committed European” who understood that, in bestowing the award, Aachen was paying tribute “to the commitment, service, and sacrifice of the women and men of the United Nations”.

The European Union, which grew out of the ashes of two world wars, has forged “an exemplary partnership” with the United Nations, said Mr. Guterres, and the breakup of the 28-nation political and economic bloc, “would inevitably be the failure of multilateralism and the failure of a world in which the rule of law can prevail”.

“The hard truth is, we collectively have taken too many things for granted”, he added, noting that democratic principles “are under siege, and the rule of law is being undermined. Inequalities are on the rise. Hate speech, racism and xenophobia are fuelling terrorism through social media”.

Hailing Europe’s continuing role as a champion of universal values, he said that multilateralism was under fire “precisely when we need it most, and when it has never been so fit to address these challenges”.

‘We need to restore trust’

“I wish Europe could stand up more decisively for the multilateral agenda. The United Nations need a strong and united Europe. For this to happen, Europe will need to come to grips with some serious challenges”, said Mr. Guterres.

Despite an apparent “lack of ownership by the peoples of Europe” of their collective future as a union, he said there were “encouraging signals” of more political engagement in last week’s elections to the European Parliament.

With three great challenges facing us all, he said the EU “must lead the way”. First, on climate change, he said more ambition was needed all round, in mitigation, adaptation and finance.

“It is much better to tax pollution than jobs…Does it make any sense that our money, as tax payers, is used to boost hurricanes, to spread drought, to bleach corrals, to melt glaciers, to diminish biodiversity and to progressively destroy the world?”

Second, he said Europe was “particularly well placed” to take a lead in the transformation of society through new technology, with its robust regulatory framework on protecting digital privacy, and especially through the huge potential of Artificial Intelligence, or AI.

New social safety nets will be needed, he said, to cope with the Fourth Industrial Revolution that is underway: “The European social model is the best foundation to be able to respond to these challenges and Europe has an absolutely unique role to play in creating the conditions to transform these areas in a positive manner.”

Third, the culture of the continent has always been enriched through diversity, pointing to Emperor Charlemagne himself, founder of the first experiment in European political integration more than a thousand years ago, the so-called Holy Roman Empire.

Assimilation “was the starting point of European culture”, said the UN chief. “Of course, Europe must hold true its values enshrined in the Charter of fundamental human rights and in the European Convention on Human rights. But Europe cannot be premised on ‘us versus them’”.

“Scapegoating migrants and closing our doors to asylum seekers does not protect, but shame this heritage”, he declared, noting that the 1951 Refugee Convention was adopted to protect ravaged and displaced post-war Europeans.

“It is only by being united that Europe will propose a balanced approach addressing the root causes of migration while preserving the rights and dignity of migrants,” he said.

“All societies tend to be, or are already, multi-ethnic, multi-cultural and multi-religious. This must be considered as a richness not as a threat.” 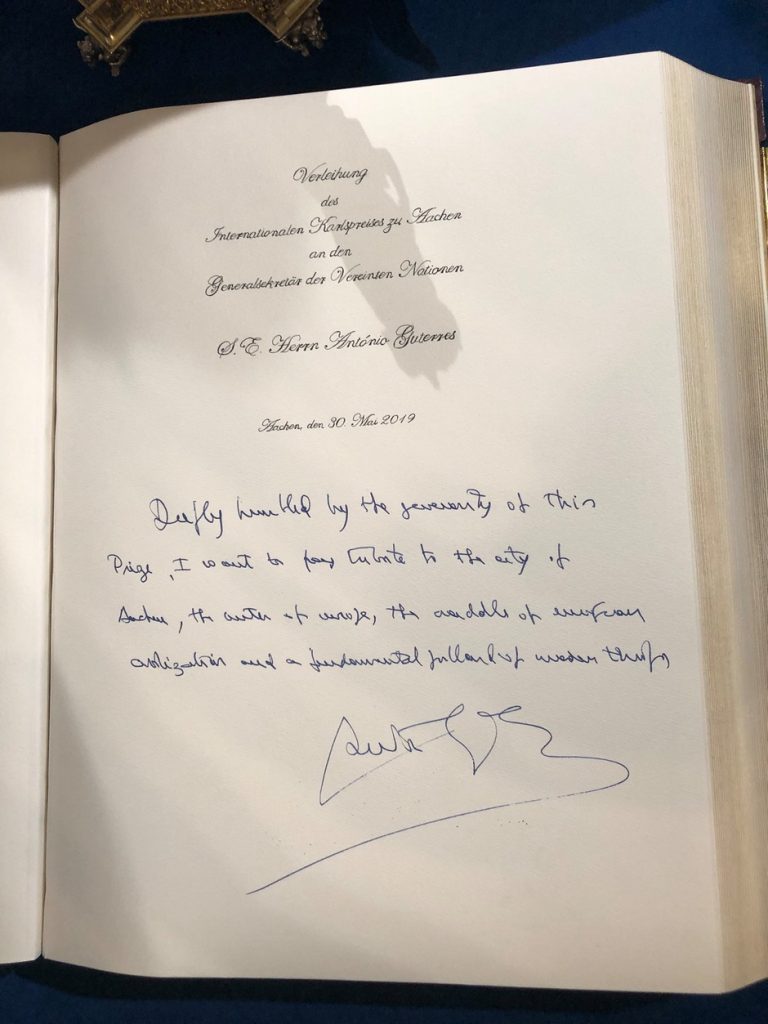 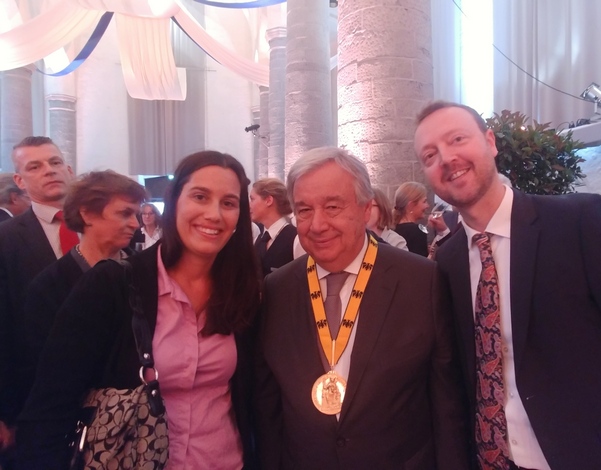 This article originally appeared on UN News and has been slightly adapted. Read the original article.