What do policymakers want from researchers? MEIDE 2017

by UNU-MERIT
innovation, Latin America, MEIDE
Comments are off

Many policymakers have backgrounds in academia – a fact that goes a long way to building understanding and trust. Trust not only among individuals but also in academic research per se. UNU-MERIT’s 10th ‘MEIDE’ conference put this theory to the test, revealing among other things how much, and under what conditions, academic researchers are able to influence decision makers.

Held in Montevideo, Uruguay, 16-17 November 2017, this edition of the ‘Model-based Evidence on Innovation and Development’ (MEIDE) conference was co-sponsored by UNU-MERIT, the Inter-American Development Bank, and several local and regional partners (see below).

Almost 100 people joined the conference, of which around a third were women. The greatest contingent came from the host country, Uruguay (30), followed by the neighbouring states of Brazil (13), Argentina (8), and Chile (6). Eleven came from Europe, eight from North America, and the rest from other Latin American countries. However, there were no Asian or African delegates – a compositional inequality that shows how important it is to hold the conference on different continents in every edition.

The two keynote speakers were Prof. Jacques Mairesse from UNU-MERIT and CREST/INSEE, who presented his work on the role of gender parity in scientific research, and Prof. Jordi Jaumandreu from Boston University, who spoke on productivity analysis with demand and technology heterogeneity. There were altogether 19 sessions, two plenary sessions for the keynote addresses, one plenary round table with decision makers and 16 parallel sessions with on average three papers each. 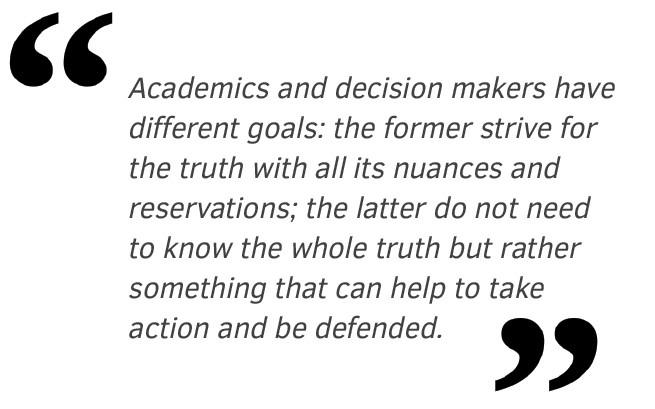 There were two special topics this year, one on obstacles to innovation in Latin America and one on innovation and productivity. The other topics were on labour and innovation, competition and innovation, intellectual property rights, managerial practices and innovation, the sources of firm performance, knowledge collaboration, growth and inequality, innovation policy, internationalisation and innovation, framework conditions and technology, and knowledge and economic performance. The conference was attended mainly by academics, by some decision makers and a number of young scholars, including both postdocs and PhD fellows.

What do policymakers want?