by UNU-MERIT
climate change, conflict, UN Day
Comments are off 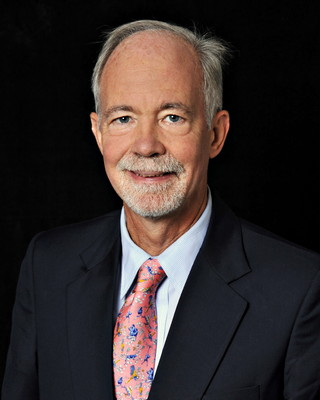 The United Nations of 2018 exists in a world that is more interconnected than ever before. Countries are no longer insulated from the setbacks and challenges of other nations, and all profit in some way from each other’s innovation and success.

Global paths to shared progress, however, seem increasingly elusive among bitter social divides and growing inequality. Our success in overcoming these and other barriers to sustainable development will hinge on our response to two of the greatest challenges of our time – climate change and conflict.

This month’s UN report from the Intergovernmental Panel on Climate Change is the starkest call yet for immediate and dramatic international efforts to avoid the catastrophic impacts of global warming. From Bangladesh to the Caribbean, the tolls and tides from climate change are rising. The average global temperature over the past five years is the highest on record, and the 2017 North Atlantic hurricane season was the costliest ever recorded, pushing that year’s global economic losses attributed to disasters to over US$300 billion.

Following years of UN-supported success improving nutrition worldwide, the number of undernourished people rose by 38 million between 2015 to 2016. This increase is largely the result of conflicts, drought, and disasters linked to climate change.

Reversing these trends is at the forefront of UN efforts to implement the 2030 Agenda for Sustainable Development and achieve its 17 Sustainable Development Goals (SDGs). Progress on the SDGs in some areas has been slower than necessary. But as part of his efforts to revitalise and refocus the work of the UN, Secretary-General António Guterres has also launched reform initiatives to reposition the UN development system to more effectively deliver on the 2030 Agenda.

As Rector of the United Nations University — the UN’s principal research arm — I am committed to ensuring that our research responds to changing UN needs and contributes to the vast evidence base so crucial to achieving the SDGs.

UNU’s work would be impossible without the Government of Japan’s support, both as a gracious host for our headquarters in Tokyo and as a provider of vital financial backing.

This year, as we celebrate 73 years since the UN was established, Japan also commemorates 73 years since two of its darkest days — the atomic bombings of Hiroshima and Nagasaki. In August, I joined the Secretary-General during his trip to Nagasaki for the 73rd Peace Memorial Ceremony. The visit and attendance at the ceremony — a first for a Secretary-General — was a valued opportunity to meet with atomic bomb survivors, pay respects to those who died, and celebrate the resilience of Nagasaki and Hiroshima.

Regrettably, the shadow of nuclear weapons continues to grow as states modernise their arsenals. Global spending on arms and armies is now 80 times the budget needed for worldwide humanitarian aid. Ironically, this aid is often necessitated by conflict.

Sustainable development is impossible without peace. I warmly commend Japan for its peacekeeping efforts, and its humanitarian response and steadying role in global governance. Japan’s leadership and dedication to the UN is a model for other UN Member States in meeting the rapidly evolving demands for change in the coming decades.

This article first appeared in the print edition of the The Japan Times.