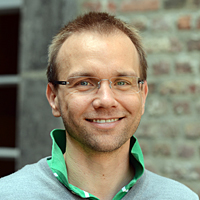 Who calls the shots and why? The role of actors and institutions in the response to the sovereign debt crisis in the euro area

The research provides an actor-centred institutionalist analysis of the EU’s response to the sovereign debt crisis in the years 2010-2012 with the aim to understand what were the most important factors that shaped the EU’s policies and who were the most important actors. The crisis that originated in Greece seemed to spiral out of control and could only be contained by the European Central Bank. This raises fundamental questions what went wrong with the policy response by the euro area executive given the political, institutional and economic importance of the euro project for European integration. The research analyses two different cases: the establishment of financial assistance mechanisms and the reform of the economic governance framework. For each of the two case studies, empirical evidence is gathered to examine the propositions and answer the research question. The analysis employs a mixed methods approach to show which factors mattered the most. The lead methodology is qualitative based on interviews, documents and a database, which is complemented by a survey with the aim to provide the empirical evidence.

The main assumption is that actors’ preferences and their specific bargaining power are important factors in shaping the crisis response. The convergence of preferences is seen to be based on material interests that have enabled a common response to the crisis. A second assumption is that the specific design of the policies has been determined by the bargaining power of the actors. In line with these assumptions the research sets out corresponding propositions to help answer the research question. The role of the institutional framework and of the policy environment in the crisis response is also examined.

The findings show that a multitude of factors played a role in shaping the policy response. They confirm the validity of the leading key propositions. The convergence on preserving material interests permitted a common policy response at EU level. Hence, the material interests of the actors were more important than their ideational preferences on economic policy. The specific design of the polices has been determined by the actors’ capabilities. Here, classic power factors such as size and GDP played less of a role than the economic and financial soundness of the actors. The empirical evidence also shows that domestic political constraints could increase an actors’ influence in shaping the policy response. Beyond the validation of the initial propositions and the demonstration that the institutional framework was conducive to finding an agreement, the findings also show that individual actors as well as financial markets were important factors in shaping the policy response of the EU to the sovereign debt crisis. Ultimately, it was mainly two actors that ‘called the shots’: France on a conceptual level and Germany on the operational level of the crisis response.