How does Chinese aid affect peoples’ lives in sub-Saharan Africa?

by UNU-MERIT
Africa, China
Comments are off

An ‘earth-shaking rise’ is how The Diplomat magazine describes China’s evolution from a poor country to a global superpower. The international community, however, is torn between admiration for the country’s achievements and criticism for its authoritarian leadership, both at home and abroad. Against this conflicting backdrop our research strikes a hopeful note, at least for China’s role in sub-Saharan Africa.

China may be the world’s largest ‘emerging’ donor (i.e. former aid recipient turned donor). Foreign aid expenditure of the Chinese government grew at an annual rate of 14% between 2003 and 2015, totalling almost US $3 billion in 2015. Chinese foreign assistance to sub-Saharan Africa is especially interesting. The Chinese government has brought its longstanding relationships with the region to a whole new level since the turn of the millennium.

Not everyone welcomes this development. China’s South-to-South partnership approach to foreign assistance is often criticised. Columnist Moisès Naím has famously called China a ‘rogue donor’: only concerned with its own narrow interests and willing to ignore local abuses via its no-strings attached loan policies.

What we (don’t) know about Chinese assistance to Africa

Speculation is rife about the effects of Chinese foreign assistance on recipient countries, but there is little evidence about its actual consequences. Assessing the allocation and effectiveness of Chinese aid is generally challenging: the Chinese government barely publishes information on its foreign assistance. However, data availability has greatly improved since the AidData research lab first issued the Chinese Official Finance Dataset in 2017 – giving rise to a new body of research on Chinese foreign assistance. This dataset contains information about Chinese aid projects, collected from various sources including government accounts and international newspapers. 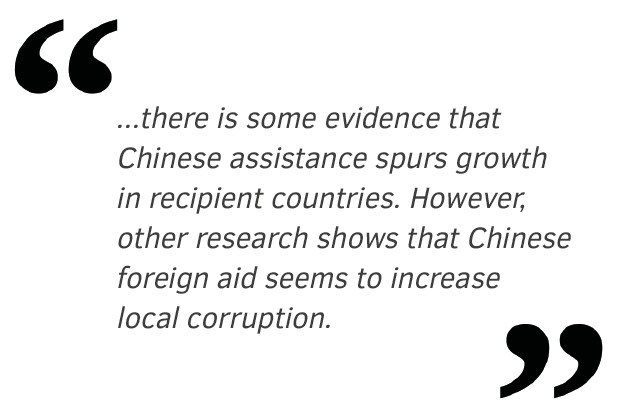 So far, studies show that the allocation of Chinese and Western aid seems to be driven by similar motives. In other words, China is as (un)selfish as the old guard. Moreover, there is some evidence that Chinese assistance spurs growth in recipient countries. However, other research shows that Chinese foreign aid seems to increase local corruption.

So far, we know little about the effectiveness of Chinese aid in general and even less about its specific impact on peoples’ lives. Given the growing influence of Chinese aid, it is important to learn more about its consequences on economic and social outcomes. For this reason, our study asks whether Chinese foreign assistance has a positive effect on two welfare dimensions that are highly relevant for poverty reduction and future development, i.e. wealth and education.

We answer our question by taking a new approach to analysis that, first of all, allows us to study the effects of Chinese aid at the household level. By matching georeferenced data on Chinese aid projects to georeferenced household data in the Demographic and Health Survey (DHS) before and after the influx of Chinese projects, we can measure the change in wealth and education that occurred over time in areas targeted by Chinese aid. Second, by comparing the areas that received Chinese aid with similar areas that did not receive it, we can link changes in household welfare more clearly to Chinese projects (as opposed to other factors that may also influence households’ well-being).

Positive effects on education and wealth

Our results indicate that Chinese aid projects in sub-Saharan Africa have a positive effect on household welfare: recipient areas are more likely to include populations who are wealthier, stay in school longer, and have a higher educational attainment than people in areas that did not receive projects. Our findings also suggest that the positive effects of Chinese aid only materialise when a certain number of projects or a certain project volume is reached. That means the scale at which foreign assistance takes place seems to matter for its impact on the ground.

These are exciting findings, but we want to dig further. In future, we plan to assess household welfare more comprehensively by including other welfare dimensions such as consumption patterns and labour market outcomes. Moreover, we want to gain insight into the redistributive effects of Chinese aid; and we want to compare it to the effectiveness of other donors’ foreign assistance. So, stay tuned! 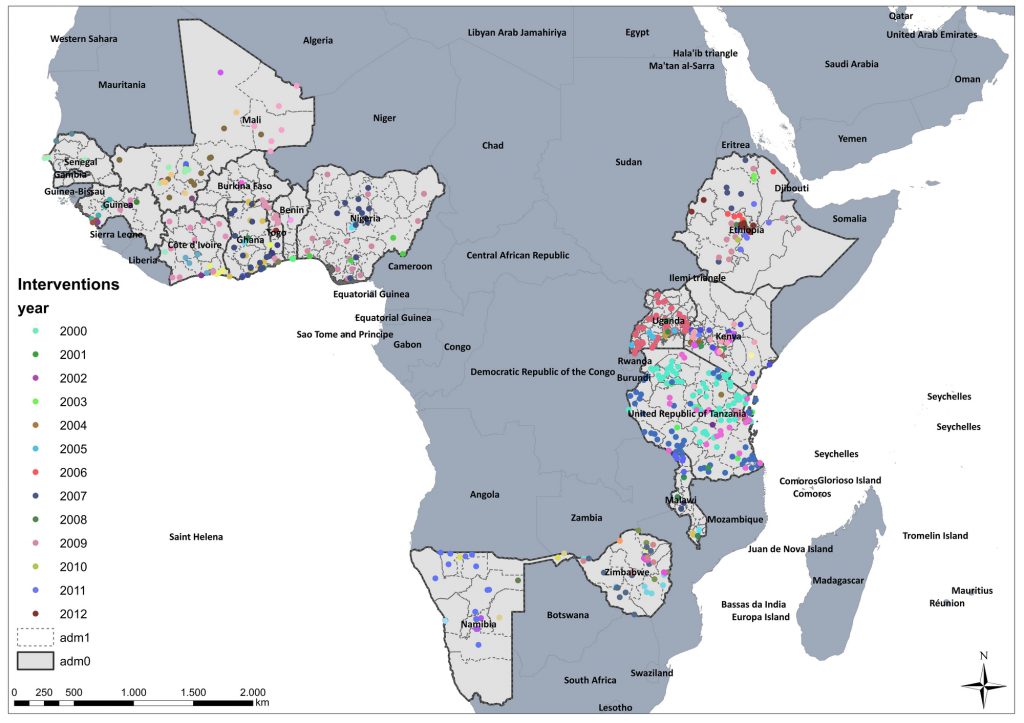