Many African nations are well endowed with natural resources. Botswana, for example, has massive diamond deposits — but also a border with South Africa. Which is the greater blessing for long term-growth? Meanwhile, India is well-known for its high-tech hubs — but how far do digital technologies assist in public-funded education; and in what ways do they improve the learning environment? Finally, almost half of all girls married before age 18 worldwide come from South Asia. Why does this practice still exist? From religion to fertility, what are the micro and macro drivers? These are just a few of the questions tackled by our researchers in October 2018 — in one book, five working papers, and 12 journal articles, among many others. Click here for the full list of our most recent publications.

‘Smart futures, challenges of urbanisation, and social sustainability’ tackles the challenges posed by accelerating urbanisation, and demystifies social sustainability, the least understood of all the different areas of sustainable development. The volume’s twin focus on these profoundly intertwined topics creates a nuanced and vitally important resource. Large migrations from rural areas to cities without appropriate planning and infrastructure improvements, including housing, education and health care optimisation, have created significant challenges across the globe. The authors suggest technology-rich strategies to meet these challenges by careful application of data on population growth and movement to the planning, design, and construction of operational infrastructures that can sustainably support our increasingly rapid population growth. By Prof. Wim Naudé et al.

‘Regional integration and knowledge flows: Effect on manufacturing productivity in Southern Africa‘ explains why geographic proximity is important for technological learning by facilitating direct interactions and knowledge diffusion. This book chapter shows that thanks to its impressive diamond deposits and its geographical proximity with the South African economy, Botswana is well poised to benefit from mastering and applying technologies that already exist in its southern neighbour. Botswana’s geographic and economic proximity with South Africa is one of its most important winning cards for a successful technological catch-up and long term-growth. By Dr. Alexis Habiyaremye.

‘Taking stock of firm-level and country-level benefits from foreign direct investment‘ conducts a systematic meta-analysis on emerging economies to examine whether FDI yields spillovers when the host economies are emerging. The study proposes a new methodological framework that allows country- and firm-level effects to be combined. The authors hand collected information from 175 studies and around 1,100 estimates in Eastern Europe, Asia, Latin America and Africa from 1940 to 2008. The two main findings indicate that ‘macro’ effects are much larger than enterprise-level ones, by a factor of at least six and the benefits from foreign direct investment (FDI) into emerging economies are substantially less ‘conditional’ than commonly thought. By Prof. Nauro F. Campos et al.

‘Economic integration and state capacity‘ investigates whether and how economic integration increases state capacity. Using a yearly data set covering all the 17 candidate countries that joined the European Union (EU) after the 1995 enlargement, the study finds that deep integration can induce broad institutional change by providing incentives for simultaneous change in core state institutions. Bureaucratic independence and judicial capacity seem to be the key engine of the process engendered by the prospect of EU membership. Yet early and abrupt removal of external anchors might generate significant backsliding, or reversals, in domestic institutional change. By Prof. Nauro F. Campos et al.

‘Institutional integration and economic growth in Europe‘ addresses the literature gap on the growth effects of European integration, which is due to severe methodological difficulties mostly driven by country heterogeneity. This article addresses these concerns using the synthetic control method. It constructs counterfactuals for countries that joined the European Union (EU) from 1973 to 2004. It finds that growth effects from EU membership are large and positive, with Greece as the exception. Despite substantial variation across countries and over time, the authors estimate that without European integration, per capita incomes would have been, on average, approximately 10% lower in the first ten years after joining the EU. By Prof. Nauro F. Campos et al.

‘New educational technologies in tertiary education in India: Adoption and consequences‘ investigates the use of new educational technologies (NET) and its impact on students enrolled in tertiary education institutions in India. The main objectives of the study are: to identify intensity of NET used by the students; to investigate whether use of NET is influenced by the financial nature of institution; and to examine the consequences of NET use. The study finds that the NET use enables students to communicate with their counterparts and faculty in a more effective manner. The use of digital technologies helps them to manage class activities in a better way. The NET use is found to be more relevant to engineering and science students which leads to better illustration of ideas and enhanced job prospects. The study finds that use of digital technologies is extensive in public-funded institutions and that it also significantly contributes to improvement in learning. By Prof. Kaushalesh Lal. 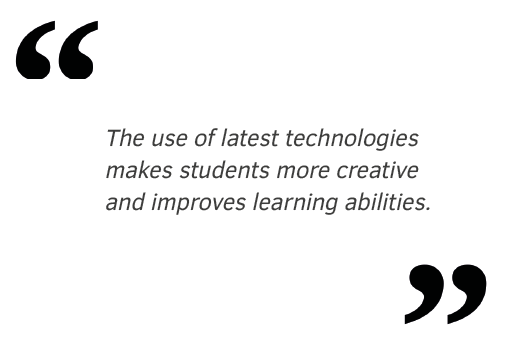 ‘Technological change and employment: Is Europe ready for the challenge?‘  discusses the economic insights on the employment impact of technological change. The study finds (1) a significant labour-friendly impact of R&D expenditures (mainly related to product innovation); yet, this positive employment effect appears to be entirely due to medium and high-tech sectors, while no effect can be detected in low-tech industries; (2) capital formation to be negatively related to employment; this outcome suggests a possible labour-saving effect due to the embodied technological change incorporated in gross investment (mainly related to process innovation). By Prof. Marco Vivarelli et al.

‘Business visits, knowledge diffusion and productivity‘ investigates whether labour mobility can be a distinct source of growth by studying the productivity impact of business visits (BVs), vis-à-vis that of other well-known drivers of productivity enhancement. The study finds that mobility through BVs is an effective mechanism to improve productivity, being about half that obtained by investing in R&D. This relevant finding invites viewing short-term mobility as a strategic mechanism and prospective policy tool to overcome productivity slowdowns and foster economic growth.By Prof. Marco Vivarelli et al.

‘Enhancing productive capabilities through intra-regional trade and cross-border investments in Southern Africa‘ analyses data on economic interactions between Botswana and its technologically more advanced southern neighbour, South Africa, to examine the extent to which knowledge flows facilitated by geographical proximity translate into fostering technological learning and productivity of manufacturing firms. The article uses industry- and firm-level data on bilateral capital goods trade and investments over the period 1991–2013 to assess the technological learning of the manufacturing sector in Botswana. Skills intensity decomposition reveals that Botswana’s manufacturing technical intensity has been positively influenced by the extent of capital goods trade and investment linkages with South African economy. By Dr. Alexis Habiyaremye.

‘Technology and employment: Mass unemployment or job creation? Empirical evidence from European patenting firms‘ explores the possible job creation effect of innovation activity. The article analyses a unique panel dataset covering almost 20,000 patenting firms from Europe over the period 2003–2012. The main outcome from the proposed GMM-SYS estimations is the labour-friendly nature of innovation, which the authors measure in terms of forward-citation weighted patents. However, this positive impact of innovation is statistically significant only for firms in the high-tech manufacturing sectors, while not significant in low-tech manufacturing and services. By Dr. Daniel Vertesy, Prof. Marco Vivarelli et al. 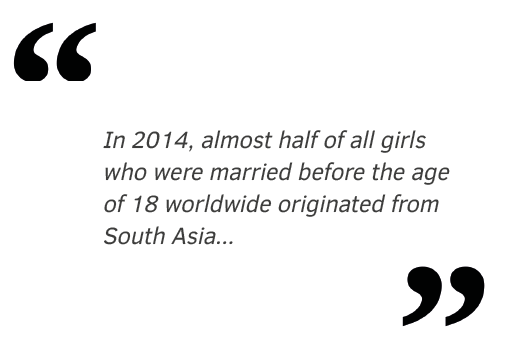 ‘Key drivers of the changing prevalence of child marriage in three countries in South Asia’ is a report commissioned by UNICEF and UNFPA. In 2014, almost half of all girls who were married before the age of 18 worldwide originated from South Asia.  Despite  progress  in  reducing  the  prevalence  of  child  marriage,  it  remains  an  occurring  practice  in  the  region.  Understanding the breadth and depth of drivers around child marriage is important to further reduce and ultimately end this deprivation, as per the Sustainable Development Goal (SDG) Number 5, target 5.3. This  study  provides  empirical  evidence  on  the  cross-sectional  and  temporal  effects  of  micro-level  and  macro-level  factors  on  child  marriage  in  three  South  Asian  countries, namely Bangladesh, Nepal and Pakistan. While micro-level effects on child marriage are extensively documented, the effects of macro-level drivers remain an open area of inquiry. To the extent that child marriage leads to limited opportunities and violation of basic human rights, this research seeks primarily to investigate those macro-level circumstances that are most effective in reducing the prevalence of child marriage in selected contexts. By Prof. Franziska Gassmann et al.

‘Globalisation, structural change and innovation in emerging economies: The impact on employment and skills‘ provides a critical overview of the drivers that the relevant theoretical and empirical literature suggests being crucial in dealing with the challenges an emerging country may encounter in its attempts to further catch-up a higher income status, with a particular focus devoted to the implications for the domestic labour market. By Prof. Marco Vivarelli.

‘Improving the developmental impact of multinational enterprises: Policy and research challenges‘ summarises the key empirical evidence on the nexus between MNEs and development, focusing on issues that are relevant for the formulation, implementation and assessment of policies by host developing countries. The authors also delve into what they do not know, as well as topics for which the evidence is still quite blurred. They discuss the reasons for the absence of clear evidence, and potential avenues for future research to improve policies. By Prof. Rajneesh Narula et al.

‘Contractual frictions and the margins of trade‘ provides a comprehensive analysis of the mechanisms through which institutional frictions affect the pattern of aggregate trade flow, distinguishing the effects on the intensive and extensive margins. The analysis finds that contractual friction distorts countries’ trade pattern beyond its effect on domestic production structure, by deterring the probability of exporting (the extensive margin) and export sales after entry (the intensive margin), particularly in industries that rely more heavily on relationship-specific inputs (more vulnerable to holdup problems). The analysis also finds that contractual frictions matter more for the intensive margin than the extensive margin of exporting. In addition, better contracting institutions increase the probability of survival of new export products in more contract-intensive industries. These results have important policy implications for developing countries that seek to boost export growth but many of which suffer from poor contracting institutions. By Dr. Hassen Wako, Prof. Théophile T. Azomahou et al.