Conflicts raged across Latin America for many decades. But what exactly brought peace? Purely military ‘solutions’ or more social interventions linked to welfare spending, reduced inequalities, and institutional trust? Across Central Asia, return migration is often linked to greater entrepreneurship and economic development. But how clear, lasting and voluntary is this link? Globally, scientific knowledge is key to developing nano medical technologies. But what countries are leading the field and how important are the links between firms and universities? These are just a few of the questions tackled by our researchers in March 2018 — in eight journal articles, three working papers, two doctoral dissertations, and one book, among many others. Click here for the full list of our most recent publications.

‘Knowledge transfer from science to technology – the case of nano medical device technologies.’ This article explores to what extent scientific knowledge has contributed to the development of industrial technologies in six countries (China, France, Germany, Japan, UK, and USA). The results reveal that, in the field of nano medical device technologies, knowledge transfer from the academic domain to the industrial domain is on the rise. The study also shows that interconnections between science and technology are especially important for patents invented by firms compared with those developed by universities. The linkage between science and technology is the strongest in the USA, while it is the weakest in the latecomer country China. By Dr. Lili Wang et al

‘Welfare spending and political conflict in Latin America, 1970–2010’. This article addresses an age-old question in political economy: does government spending on welfare ensure peace? Looking at a panel of 12 Latin American countries over the period 1970–2010, the study shows that welfare spending has led to substantial reductions in conflict across the region. This effect is more pronounced when associated with reductions in inequality and increasing social and institutional trust. By Dr. Bruno Martorano et al.

‘Taxation and inequality in developing countries: Lessons from the recent experience of Latin America’. This article studies the relationship between taxation and inequality in developing countries, focusing on the recent experience of Latin America. It finds that tax changes promoted equality since the early 2000s. In particular, the increasing contribution of direct taxes with respect to indirect taxes promoted the progressivity of the tax system and contributed to the reduction of inequality. Yet the effectiveness of taxation in promoting equality in Latin America is still limited by several factors such as the low average tax revenue, the inability to tax top incomes and the low contribution of taxes on property. By Dr. Bruno Martorano.

‘Testing the growth links of emerging economies: Croatia in a growing world economy’. This article tests the links of growth with education, R&D, trade, savings and Foreign Direct Investment (FDI). Permanent shocks increasing the intercepts of the equations for education, R&D, trade, savings and FDI show that most of the growth links work well in Croatia, but also enhance foreign imbalances. The author briefly discusses policies to balance the two aspects. By Dr. Thomas Ziesemer. 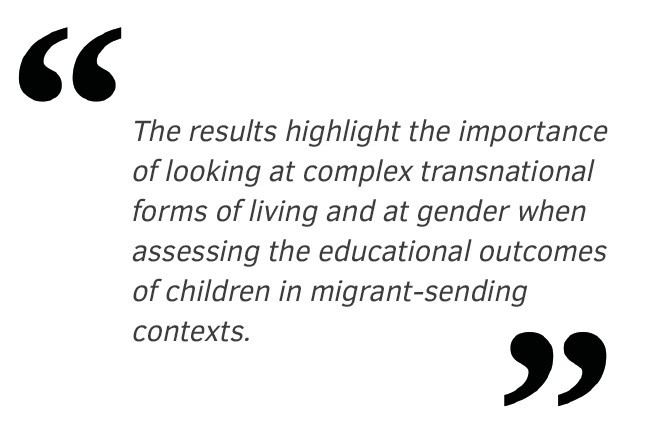 ‘Towards a European full employment policy’. This paper argues that the future of work in the European Union is better ensured with coordinated European full employment labour policies establishing fair work conditions based on long‐run business strategies as well as a fair distribution of national income between labour and capital. By Prof. Jo Ritzen and Prof. Klaus F. Zimmermann.

‘Global value chains and upgrading: What, when and how?’ This paper aims to explain how technological capabilities interact with trade and GVCs participation to foster upgrading. It finds that technological capabilities not only condition the initial determination of local firms in trade and GVCs, but they also determine the extent to which local firms in developing countries manage to leverage knowledge flows and move into activities of greater technological complexity from a dynamic perspective. By Dr. Padmashree Gehl Sampath and Dr. Bertha Vallejo.

‘Economic globalization, institutions and development: Essays on aid, foreign direct investment and trade’. This dissertation is an empirical investigation into the interaction between institutions, economic globalisation and development. It looks beyond the growth effect of aid and FDI in the context of sub-Saharan Africa (SSA), and the role of institutions in explaining comparative advantage. The first paper examines the institutional and growth effects of development aid. The second paper deals with the empirical association between FDI and some macroeconomic variables in the context of sub-Saharan Africa. The final paper assesses the influence of institutions on comparative advantage. By Dr. Hassen Wako.

A deep dive in the silos of sanitation – to break them down worldwide!

UN75 at the Great Hall of Justice: Why youth engagement is the future of multilateralism