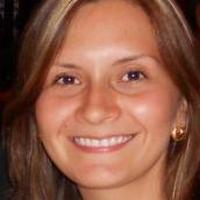 Essays on Conflict-Induced Displacement and Gender in Colombia

Conflict-induced displacement is associated with shifts that may have differential impacts on women and men. These shifts include the loss of assets and livelihoods, lack of opportunities, among others. This dissertation applies a gender lens to the empirical analysis of the impacts of displacement in Colombia, a middle-income country with the second largest internally displaced population in the world. The study estimates the effects of displacement on household structures, gender roles, poverty, and gender norms.

Findings indicate that displacement accelerated reductions in household size and increased the prevalence of single female caregivers and one-person households. Some of these changes are driven by marital separations resulting from tensions associated with changes in traditional gender roles. Specifically, displaced women work more hours than their male partners, they are more likely to be the main breadwinners in their households, and prone to participating in political organizations.

Finally, displacement is one of the worst victimizations of civilians, but it can also offer opportunities to challenge norms around the appropriate role of women and men in society. In Colombia, gender norms that condone violence against women become less traditional with displacement, while those that limit women’s economic opportunities become more rigid.