by UNU-MERIT
awards, industrialisation, UNIDO
Comments are off

The Journal’s Editorial Board selected the paper based on several criteria, including its significance for dynamics, structural change, economic, technological institutional behaviour, methods and innovation. “The paper best represents the structural dynamics strands,” said Elsevier’s Publishing Director. “It explores the relationships between industrialization, structural change dynamics and development trajectories.”

The paper, co-authored with the United Nations Industrial Development Organization (UNIDO) addresses the question of what countries, especially laggard countries, can do to initiate a sustained process of rapid industrialization, which is one of the critical development issues. It identifies factors that are common to countries that experienced strong and sustained industrialization over the last decades and finds that industrialization is driven by combination of factors, including initial economic conditions, factor endowments as well as country characteristics such as demography and geography. 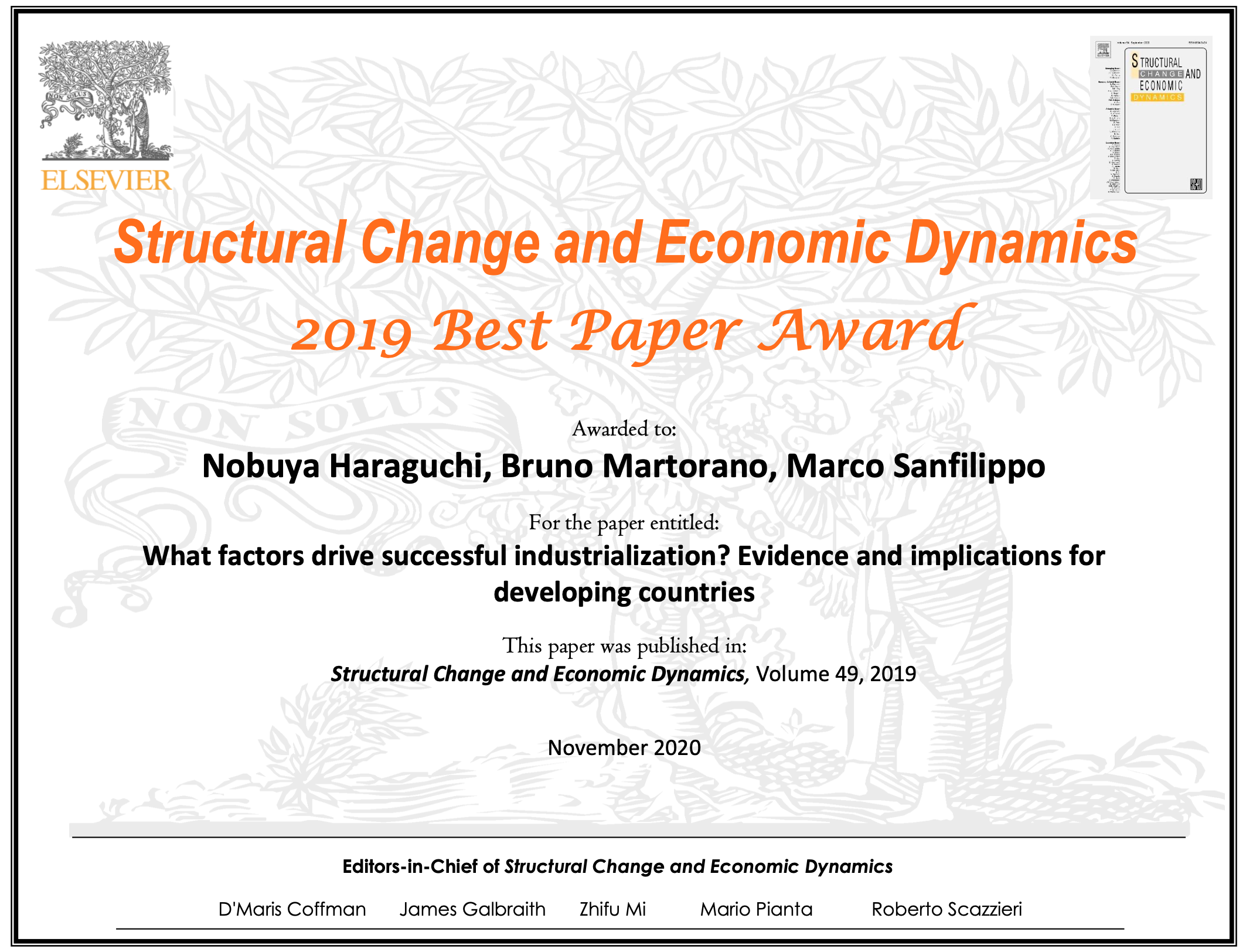 “Countries, which are able to take advantage of their comparative advantages, are likely to be in the position to embark on a path of sustained industrialization,” said UNIDO Deputy to the Director General Hiroshi Kuniyoshi. “Due to their latecomers’ advantages, lower income countries have more opportunities to succeed in rapid growth of their manufacturing sectors.”

However, the latecomers’ advantages need to be harnessed and realized by several policy measures including investment in physical and human capital, access to credit, reduction of inequality, and macroeconomic, political and social stability. The details on how a mix of these factors drove the industrialization of certain countries in specific time periods are elaborated with policy implications in the paper.