Another coffee and a career? How international knowledge workers fuel local economic growth

by UNU-MERIT
employment, Euregio, migration
Comments are off

Labour market experts Inge Hooijen and Julia Reinold researched the mobility intentions and behaviour of graduates in the Meuse–Rhine Euroregion – the borderlands of Belgium, Germany and the Netherlands – and found that big life decisions are down to more than an attractive labour market.

“Obviously the hard factors play a role: you might not find a job in the region or leave for a better opportunity elsewhere,” explains Hooijen. “But we found that soft factors are really important too – from relationship status to quality of life or regional familiarity.” Other interesting findings include that those studying at universities of applied sciences and those coming from peripheral regions were less likely to move.

Previous mobility also played an important role, as did the kind of degree people are taking: “We see people often complete both their Bachelor’s and Master’s degree at the same university and then prefer to move elsewhere once they start working. Some, however, also start working at the company where they wrote their Bachelor’s or Master’s thesis.” The two researchers enjoy untangling the web of complex, interrelated factors. “It’s really interesting to research something that relates directly to your life,” says knowledge migrant Reinold.

The Meuse–Rhine Euroregion (EMR): a Nuffic report on stayrates confirms the importance of international graduates for the Dutch knowledge economy: almost 25% still live in the Netherlands five years after graduation.

In 2015, the two researchers conducted a survey of 3,328 students, mostly in the final phase of their studies, at Maastricht University (NL), Zuyd University of Applied Science (NL), RWTH Aachen (Germany), FH Aachen (Germany), and Hasselt University (Belgium). The focal point was mobility intentions, i.e. whether prospective graduates were planning to move or stay put. During the second part of the survey in 2017, it turned out that more than 70% followed up on what they had indicated, so mobility intentions are indeed a good indicator of subsequent behaviour.

Still, that leaves the question, why the other 30% changed their minds. That is what Hooijen and Reinold tried to find out. In addition to the information from the follow-up survey, they conducted 45 interviews earlier this year with participants of both parts of the survey. As one would expect, love’s tender light enkindling (or, indeed, expiring) plays a big role: in nearly 20% of the cases a change in relationship status was responsible for changing plans. “We were wondering whether a cross-border dating app could be good for the region’s knowledge economy,” laughs Hooijen.

At home abroad in the Euregion 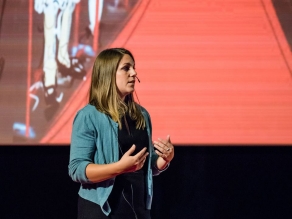 Reinold herself is a case in point: “Germans are more likely to return to their own country upon graduation, so for me having a Dutch boyfriend was an important factor in my decision to stay here.” She comes from a German town 40 kilometres from here and says it feels like she’s “abroad but still at home.” Maastricht is part of the Euroregion Meuse–Rhine (EMR) also comprising Aachen, Hasselt, Liège and Eupen. It is home to almost four million people, more than 100,000 of which are students. The transnational co-operation structure was founded in 1976 and supports initiatives on anything from the economy to education, health and sustainability.

All of which is great – and yet, you might never have heard of it. “For the individual, there are language and cultural barriers as well as administrative issues and bad public transport,” explains Hooijen, “but we’ve also found that, while most people from the EMR are willing to move within their country of origin, they had never even considered working across the border.” She suggests that making students aware of the opportunities could have significant benefits for graduates and for a region in need of qualified labour to fuel its economic rise.

South Limburg, somewhat counterintuitively, is the second most densely populated region in the Netherlands. It experienced rapid growth after WWII due to the influence of the Catholic Church and immigrant workers attracted by the coalmines. Once that industry went up in smoke – the Dutch government decided in 1965 to close the mines – population growth steadily declined and dropped below zero by the end of the 1990s. Having initially been sustained by high birth rates, the overall population eventually started shrinking, with little immigration and younger people moving to the Randstad for career opportunities. About 45% of Limburg’s population was 20 years or younger in 1930 – compared to 19% in 2017. More than 50% is 45 years and older in Limburg these days, compared to 40% in the Province of Utrecht or Flevoland for example.

As the so-called baby boomers retire, their positions become available. At the same time, there is industrial growth with e.g. the Brightlands campuses. The province needs qualified labour to fill all of those new positions. Since 2008, Limburg has seen net immigration, mostly due to Eastern European immigrants, international academic staff from Maastricht University (UM), and asylum seekers. It was only in 2016 that the overall population grew again, mostly because of immigration rather than natural growth. 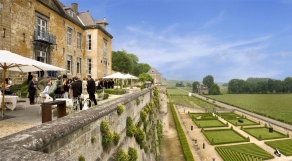 The distribution of those roughly 15,000 knowledge migrants is surprising too. Science, technology, engineering, and mathematics (STEM) workers from e.g. the Brightlands Chemelot campus on average actually prefer rural areas to urbanised ones. International STEM workers on the other hand tend to prefer cities like Maastricht, which by international standards is often seen as a small town. Maastricht was among the areas with the lowest growth rate while municipalities like Eijsden-Margraten or Vaals saw increases of up to 7% the last year. This would appear to be a matter of preference rather than necessity, since housing is relatively affordable and available in the region’s urban areas.

“We’ve found that respondents who grew up in bigger cities do not always seem happy with the comparatively smaller size of cities in the EMR and are more likely to move on,” says Hooijen, “although we also had some respondents from metropoles who relished what they perceived as a higher quality of life in smaller cities.”

Hooijen and Reinold have now researched graduate mobility in the region for almost four years. “By now we’re known as the EMR couple,” they laugh. Their expertise has seen them invited to speak at several events and workshops, such as the Limburgse Arbeidsmarktdag in Roermond or the Euregio Summer School in Maastricht.

Reinold is researching international highly skilled migration to the Meuse–Rhine Euroregion. International migrants living in the region can support her project by filling in this online survey. Hooijen and her ROA (Research Centre for Education and the Labour Market) colleagues are currently researching the role of personality traits and municipality characteristics in location choice of recent graduates in the Netherlands. She is also interviewing people working at the Brightlands Chemelot Campus to complement her research on the living preferences of STEM workers.

At the time of writing, neither of the two were planning to emigrate in search of a brighter future.